Officials from Kent State University and the greater Kent and Portage County community came together Wednesday morning for the annual Bowman Breakfast, an event that has been bringing university and town officials together since 1963. 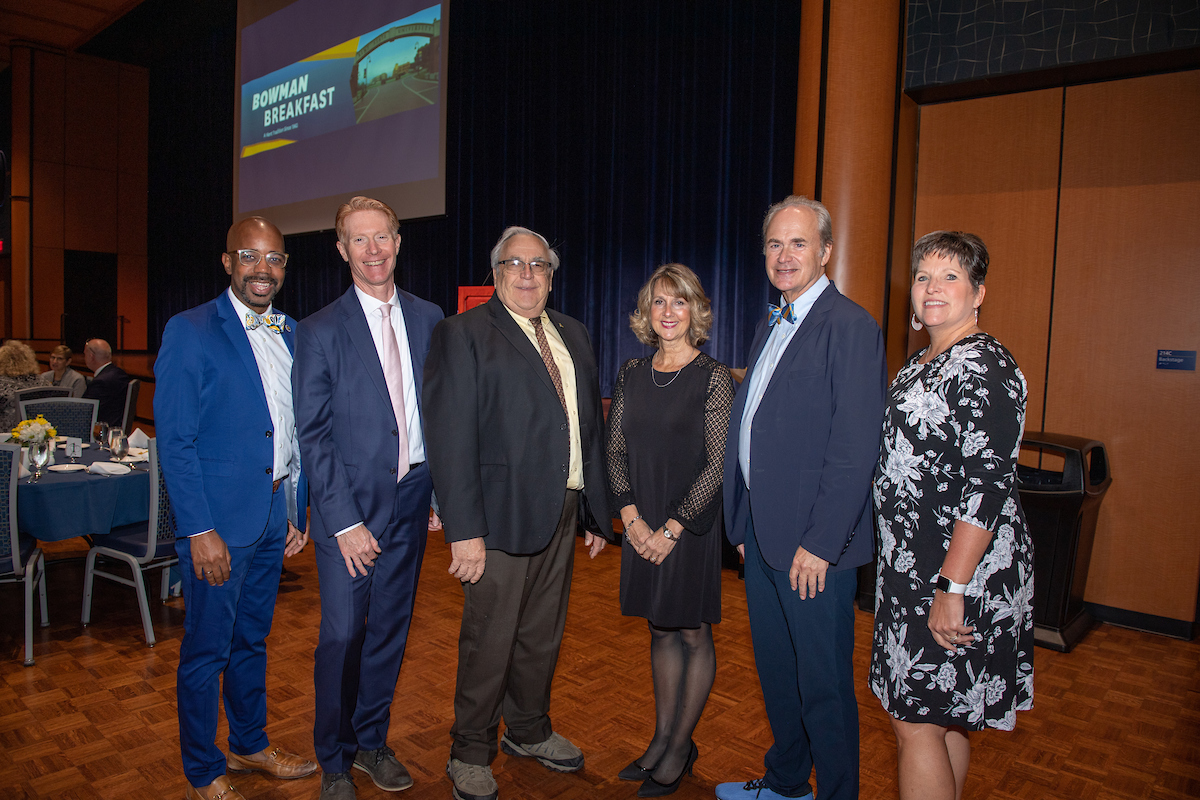 This year’s featured speaker was Lamar R. Hylton, Ph.D., Kent State’s senior vice president for Student Affairs, whose talk focused on community and how important the support of a student’s “village” is to achieving success.

Hylton began by mentioning a recent episode of one of his favorite television shows, “Abbott Elementary,” which struck him because its message showed “the power that communities have on deepening meaningful belonging for people.”

“'Abbott Elementary' demonstrated this power by showing what happens when people are made to feel that they don’t belong by the communities they so deeply love …. followed by an example of the transformative power of community affirmation on a sense of belonging,” Hylton said.

Belonging, or an affinity for a place or situation, does not just happen, he said.

“Creating conditions that deepen a genuine sense of belonging is intentionally thought through and constructed,” he said. “This beautiful place we call Kent State University and Kent, Ohio, year after year, we have the great fortune of working together alongside one another to deepen a genuine sense of belonging for the scores of students who attend Kent State, and for the many members of the greater Kent community.”

Hylton then shared the story of a young student whom he called, “Randy.” He talked about how the young man’s life was shaped by communities that created conditions for him to have a genuine and meaningful sense of belonging.

Randy’s mother was just 16 when he was born, and much of his formative years were spent with his grandparents while his parents worked. He struggled academically and barely managed to graduate high school. When his mother told one teacher that her son had a bright future, the teacher responded: “That couldn’t be farther from the truth. Randy is lazy and ill-equipped to be much of anything in life. I doubt he’s going far.” Other teachers echoed those sentiments.

Yet, his high school choir teacher and a volunteer from an after-school Upward Bound program at his grandmother’s church saw his potential and helped him get into college. Once at college, Randy felt alone and afraid, but once again, two members of his community, one professor and one community leader, took him under their wing and helped him to fit in, find a job and cultivate a sense of belonging.

Hylton then shared that he was “Randy,” growing up in Columbus, Ohio, the product of a teenage mother and barely able to graduate high school, “who now stands before you as the senior vice president for Student Affairs at one of the best universities in the world, an accomplishment achieved before the age of 40 and the weighty honor of being the first Black person in our institution’s history to hold this rank and role.” 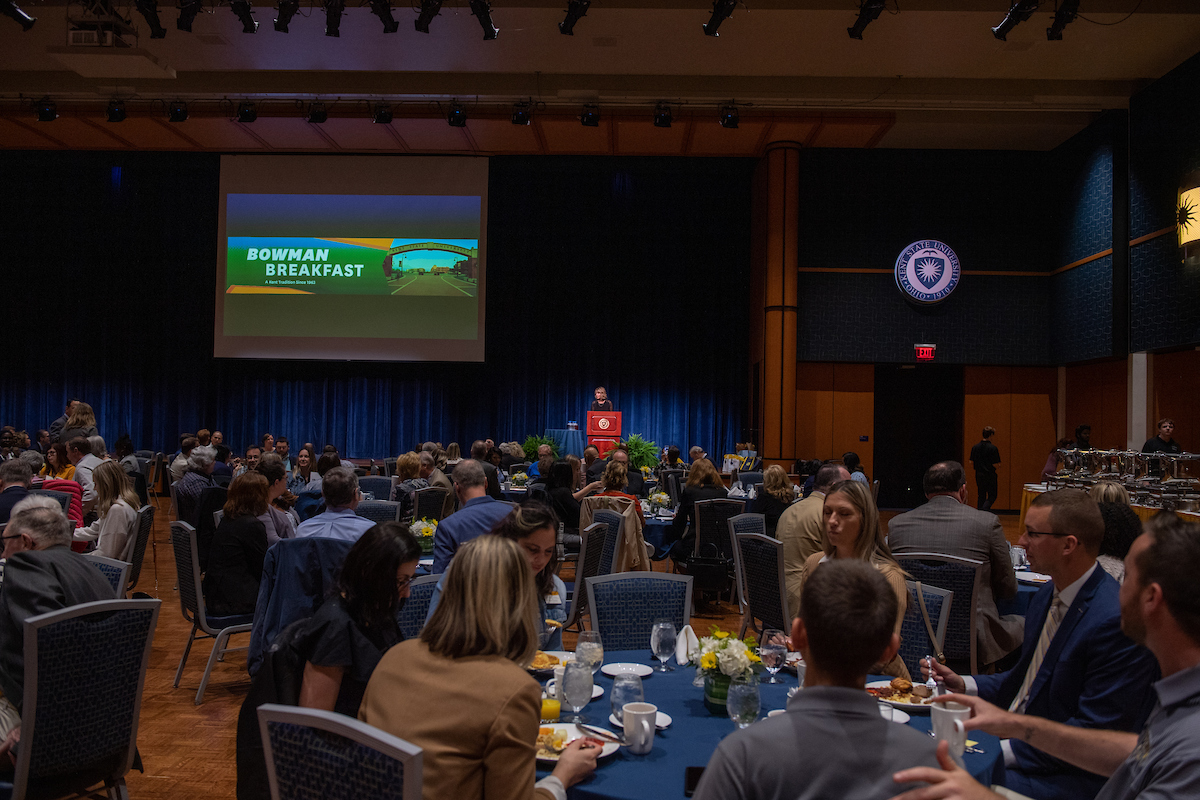 “Each of us can change the trajectory of someone’s life,” he said.

As he works with college students each day, Hylton said he sees a lot of “Randys” come to Kent State, “Students who come from various circumstances but just need that one spark to ignite their potential,” he said.

The university, he said, has a laser focus on access for all students, creating pipelines to a college degree from underserved communities, and ensuring equitable educational outcomes for all students. “And, we have the benefit of doing this work situated in a broader Kent community that espouses a commitment to diversity, social justice, and belonging.”

“I know the power of the village, of the community. I am living proof of just how limitless the possibilities are when you have a community working in harmony with one another,” Hylton said. “And, so, I am fired up and ready to go! I’m ready to continue transforming this place we love called Kent, Ohio and Kent State University and I’m ready to do so locking arms with each one of you. I hope that as you move into the coming days, weeks, months and years, that you consistently find ways to take a community-oriented approach to creating those conditions for belonging to thrive.”