Kent State University Libraries on Monday accepted a donation of a portrait of Hart Crane, the only painting believed to exist of the 20th century American poet. 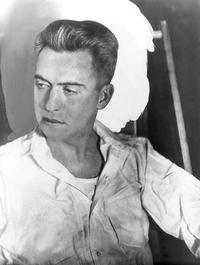 Crane was born Harold Hart Crane in Garrettsville, Ohio, about 20 miles northeast of Kent. He was the son of Clarence Crane, a Cleveland candy maker who invented the Life Saver, and Grace Edna Hart Crane.

The painting was donated by Vivian H. Pemberton, a retired English professor, who taught at Kent State Trumbull from 1966 to 1990 and is one of the leading experts on Crane and his life in Ohio.

Pemberton, now living in Lakeland, Florida, is a two-time graduate of Kent State, earning her bachelor’s degree in 1964 and her master’s degree in 1966. She became intrigued by Crane during her graduate studies when she drove by his family home in Garrettsville on her way to Kent State from her home in Bristolville, in northern Trumbull County.

She began studying Crane, his work and his life in Ohio. Crane spent much of his childhood in Warren before moving to Cleveland and later Chagrin Falls. His professional years were divided between New York and Cleveland.

As she studied Crane, Pemberton became close friends with several of his family members and was the recipient of numerous letters and other Crane memorabilia, much of which she already has donated to University Libraries, including Crane’s christening gown.

Now 92, Pemberton said she wanted to donate the portrait so that her children would not have to deal with the matter. Her son, Chuck Pemberton, a retired industrial arts teacher for LaBrae Local School District, outside of Warren in Trumbull County, drove his mother and the portrait to Ohio from Florida so she could make the donation in person.

He noted that his mother received the Distinguished Teacher Award for the Trumbull Campus in 1980 and was named Professor of the Year for the university in 1983, which at the time was unusual for a regional campus professor. 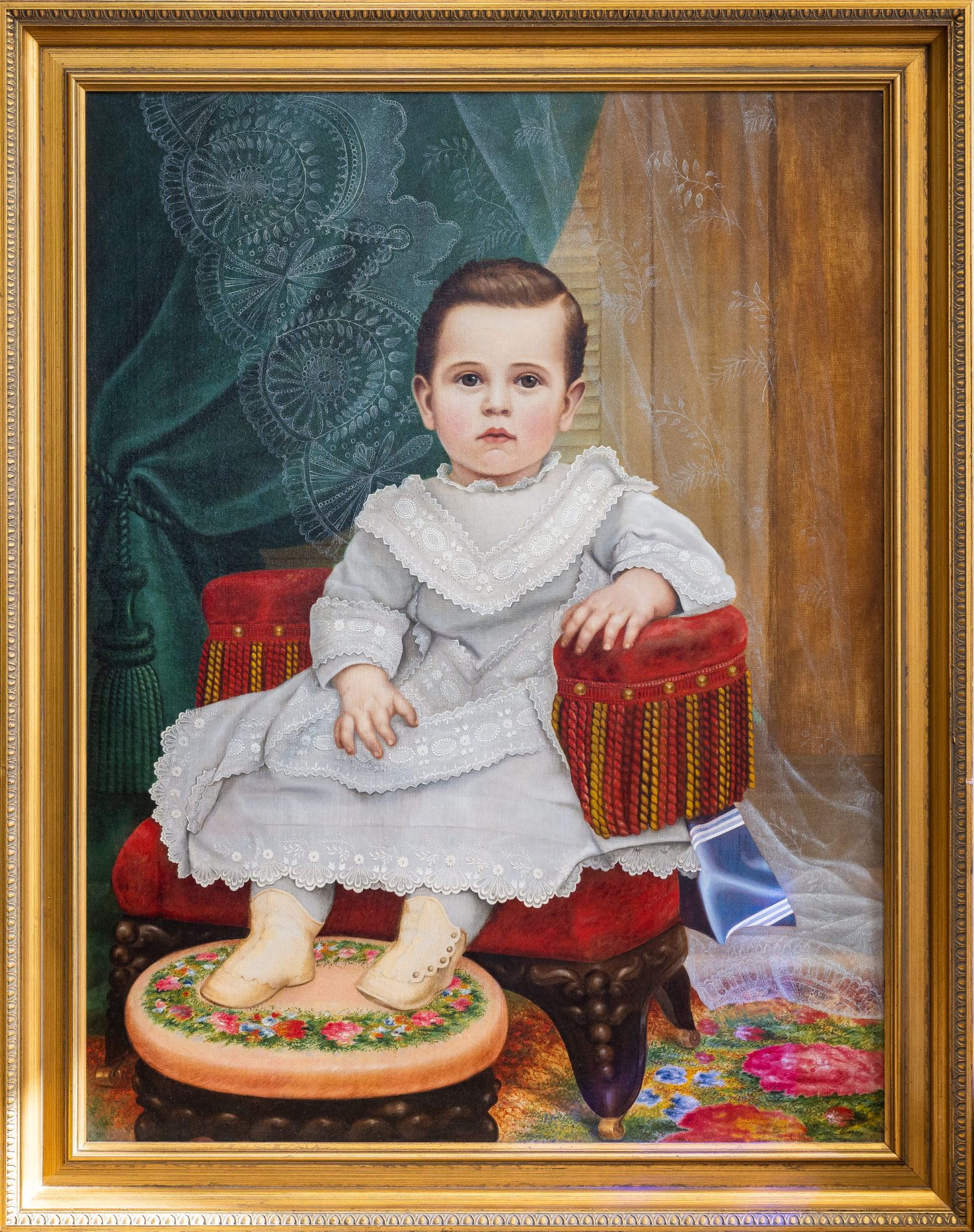 nrich an already fascinating and important literary archive,” said Cara Gilgenbach, head of Special Collections and Archives for University Libraries. “The collection is heavily used by students and other scholars of American poetry. We are grateful for the generosity Professor Pemberton has shown over many years in sharing her passion for the life and work of Hart Crane with a wider world of researchers."

“Hart Crane is one of the greatest American writers. He is known not only in the United States but around the world and represents the main ideals and values of American society,” M’Baye said. “His legacy will last forever, and it is an honor to see our department and Kent State University at large contribute to its preservation through Professor Pemberton’s very generous donation.”

Gilgenbach said the portrait will not be on permanent display but may be featured during special exhibits. Pemberton has displayed the portrait throughout her career, often when she gave talks on Crane.

“I knew it would come here one day,” Pemberton said of the portrait, which was previously hanging in her home.

Pemberton also donated the only known movie ever made of Crane, a reel made by his cousin's husband at a family gathering in Warren, not long before the poet’s death by suicide at age 32.

Pemberton became longtime friends with Helen Hart Hurlbert, Crane’s first cousin, who was for many years the owner of the Tribune Chronicle newspaper in Warren. Her daughter, Zell Hurlbert Draz, later became the newspaper’s publisher/owner. Hurlbert and Draz were instrumental in forwarding many of Crane’s items to Pemberton, and the movie of Crane was made by Hurlbert's husband, Griswold Hurlbert in July 1931, at the Hurlbert family home in Warren. 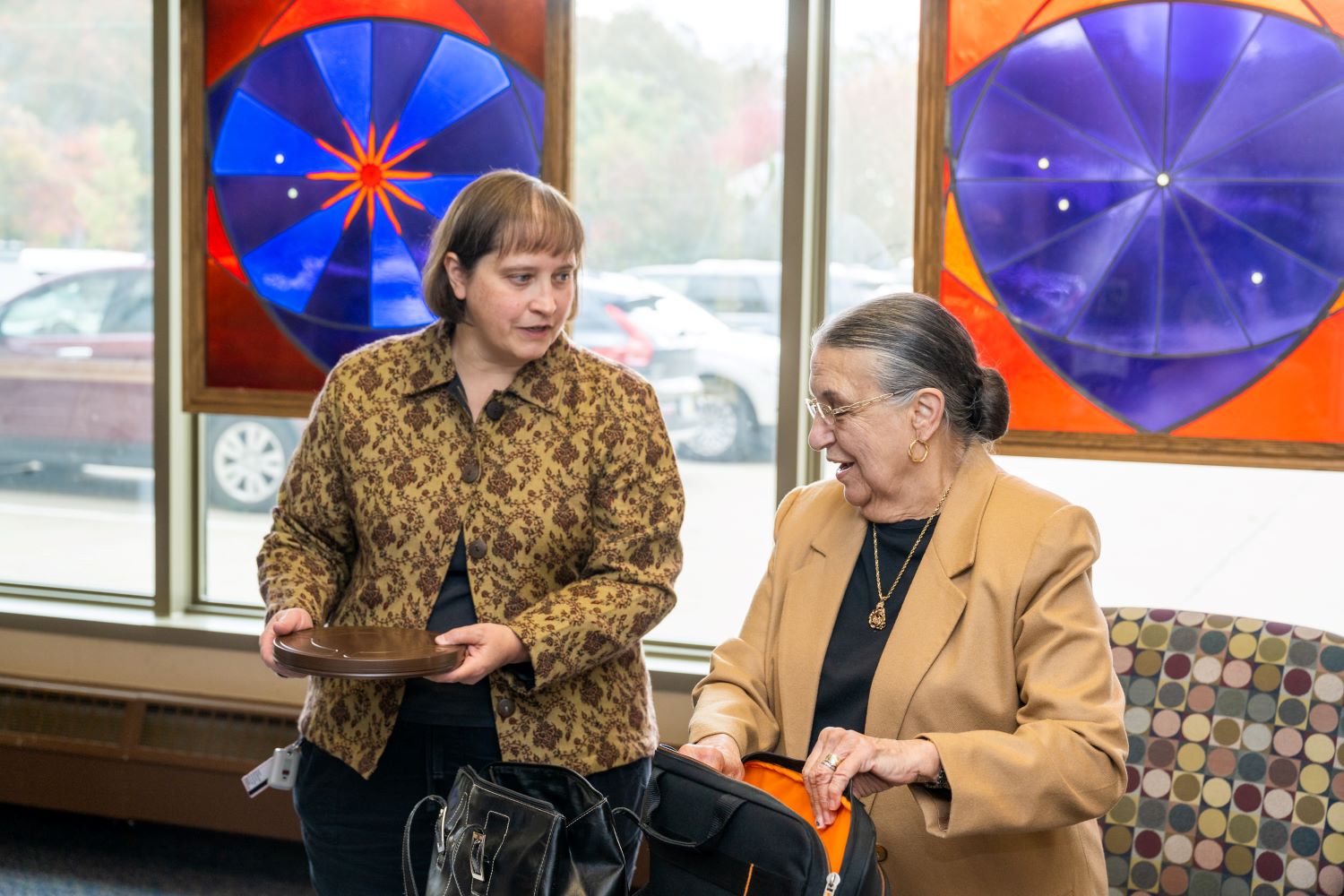 His professional life, however, was often eclipsed by his personal life. While not publicly out, he was a gay man, the scandal of which at the time often overshadowed his success as a writer.

Crane committed suicide in 1932, by jumping off a ship in the Gulf of Mexico. His body was never recovered. He is memorialized on his father’s gravestone in Park Cemetery in Garrettsville, with the words, “Harold Hart Crane 1899-1932 Lost at Sea.”

Pemberton said she believes that Crane and his work remain relevant today, and his popularity increased following Crane’s inclusion in the PBS “Voices & Visions” poetry series. Crane was featured in a 1988 episode titled, “Hart Crane: The Broken Tower,” for which Pemberton served as Ohio consultant.

A detailed account of how Pemberton came to study Crane and befriend his family members is included in her essay, “A Scholar Adventures: My Search for Hart Crane,” which is included in the book, “Hiram Poetry Review,” printed by Hiram College. A copy of the book is in the University Libraries' collections. Learn more about Crane in the Hart Crane and Family Papers in University Libraries Special Collections and Archives.