One Year Later: How One Competition Propelled One Blackstone LaunchPad Business

Childhood best friends, Brian Recktenwald, then a Kent State University senior majoring in managerial marketing, and Alex Kurr, a junior in the School of Visual Communication Design, had discussed for years the idea of forming a motion graphics, animation and video production company. With Recktenwald’s expertise in motion graphics and Kurr’s graphic design savvy, both brought skill sets and similar visions to projects that complemented one another. The success of their working relationship was evident in the many award-winning projects they carried out for Kent State’s TeleProductions department.

Not until they heard about the annual Kent State Business Idea competition did they take the steps to make their dream a reality.

“I remember finding out about the competition in an email blast that the Blackstone Launchpad sent out to students," says Recktenwald.

"We saw that there was a video pitch requirement, which was obviously right up our alley,” Kurr says. "The competition was what really pushed us to finally start doing something rather than just talking about it.”

What followed for Recktenwald and Kurr was a whirlwind of activity in February 2013, from preparing for the competition to legally organizing their company as The New Fuel LLC.

“For the competition, we used my background in marketing to examine the marketplace we were trying to enter and why our idea would be able to take advantage of an opening in the market," Recktenwald says.

“We put together a pitch video, which we filmed on a green screen. I also designed a few icons to use to help visualize our main points,” Kurr says.

As one of the nine finalists for the Business Idea competition, Recktenwald and Kurr leveraged the opportunity to the fullest extent and, in the end, came second place in the competition.

"We were fortunate enough to meet a lot of great people through the competition, and we were able to get a fair amount of work from connections we made at the event,” Recktenwald says.

The next couple months were a blur for Recktenwald and Kurr as they worked nonstop to build up a vast and diverse client list that now includes the Federal Bank Reserve of Cleveland, the Greater Cleveland Partnership, Lubrizol, The Portage Foundation, Kent State Intercollegiate Athletics and, most recently, Telltale Games/HBO, among others.

“The competition was the reason we started going to the Blackstone Launchpad for venture coaching, which has been a huge help to us ever since," Kurr says.

"Our venture coach Kate Harmon has been a tremendous help and has given us advice and guidance for every hurdle we've faced in getting The New Fuel LLC off the ground," Recktenwald adds.

With Kurr scheduled to graduate this May, The New Fuel LLC is positioning itself to support Recktenwald and Kurr with full-time employment as job creators.

“It’s hard to believe that a year has already gone by,” says Kurr. “We never expected to come as far as we have, especially in just a year. We're excited to grow our business and do something we truly love.”

For more information about The New Fuel LLC, visit http://thenewfuel.net/. 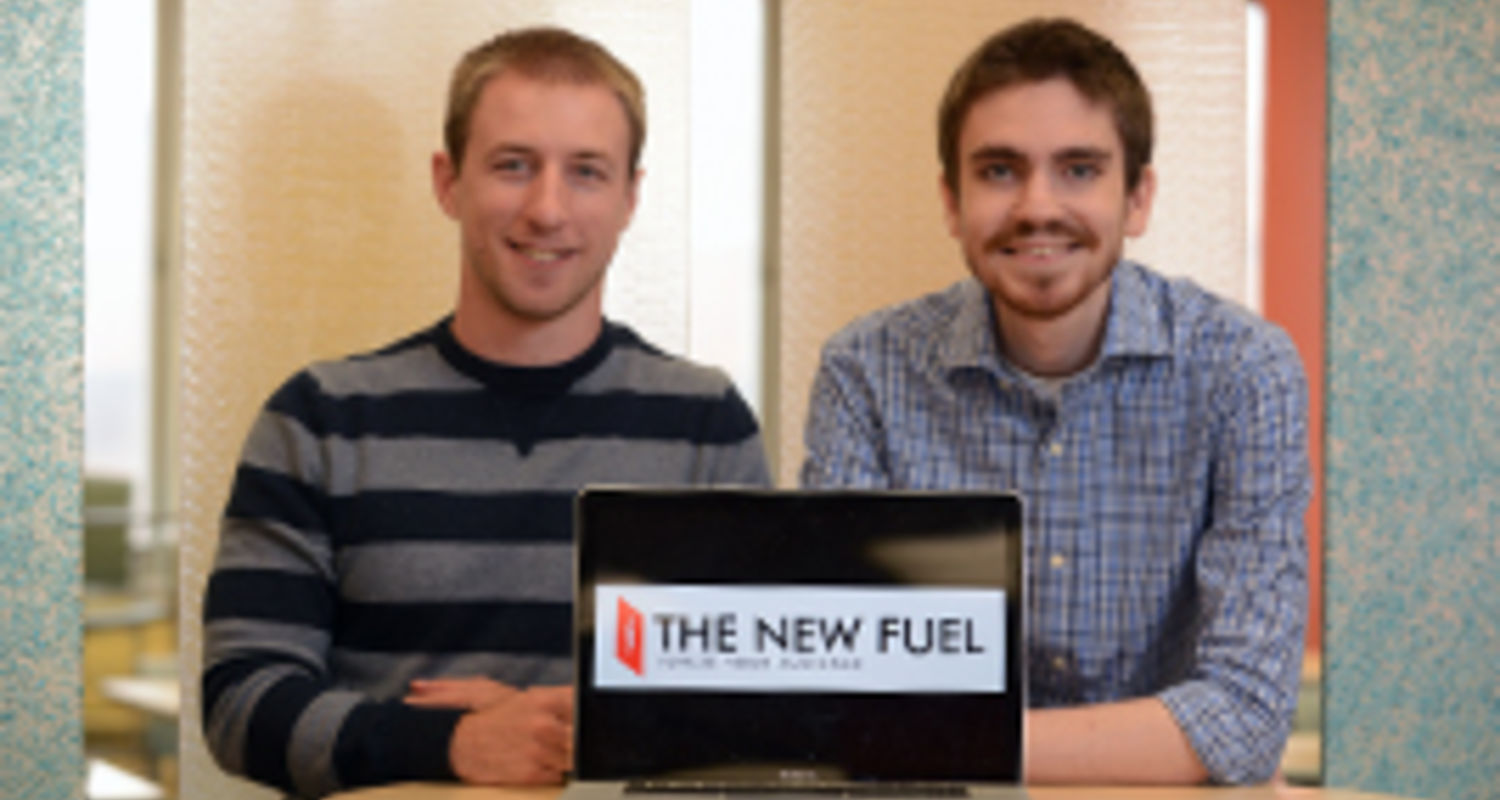