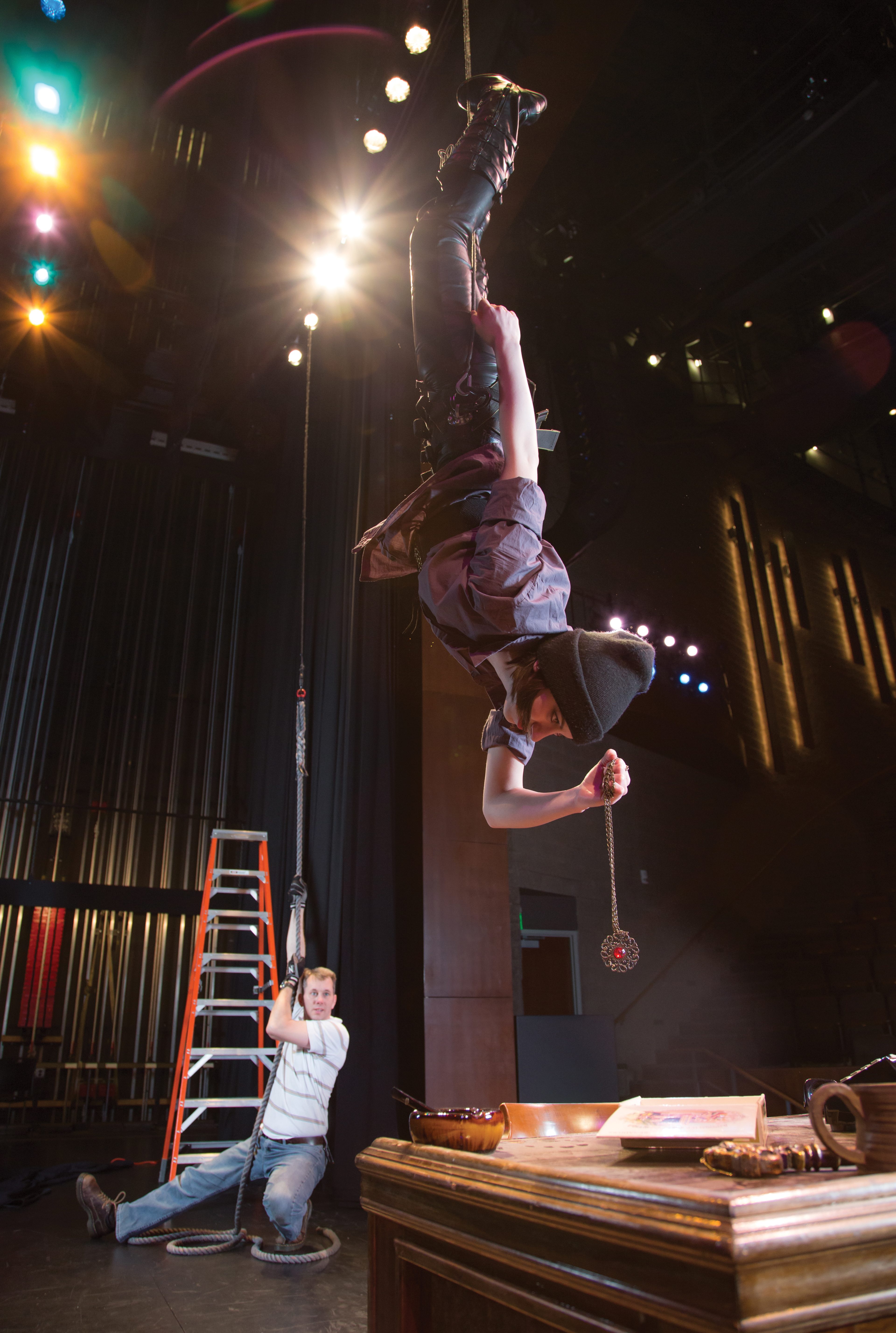 William Auld helps people soar—usually several feet above a stage. When performers are hoisted into the air in front of a live audience, Auld is often working the wire to ensure the production runs safely and smoothly.

An associate professor of theatre at Kent State University at Tuscarawas, where he also helps run the 1,100-seat Performing Arts Center, Auld is formally trained in “performer rigging”—how to engineer, rig and choreograph flying people on wires for live events.

One of only a few dozen people in the world certified in rigging theatres and arenas and in training others, he’s worked all over the world flying performers in Europe, Asia, Central America and the Middle East.

Auld splits his time between teaching and traveling internationally as a flying director for Vertigo Flying Effects, a Chicago-based company that specializes in “wire work” for live entertainment, movies and videos. He’s also on national committees developing safety standards for flying and rigging in North America and Europe.

On local jobs and when touring productions come to the area, he often arranges for Kent State students to assist him or to shadow industry professionals. His hands-on mentoring is helping the next generation of theatre technicians learn the highest safety standards.

We asked this live wire to tell us more about his career behind the scenes.

I was drawn to wire work after I saw a Jackie Chan movie on TV in 1989. I thought, I want to do that for a living. Knowing nothing about Hong Kong, speaking Chinese, or wire work, it was a bit of a process to get there, but eventually I secured a job with ABA Productions in Hong Kong and toured Asia for a few years with a production of Peter Pan.

Between undergrad and grad school, I jumped out of airplanes. To help pay for my education I joined the military as a paratrooper with Special Operations (Airborne). As an instructor and squad leader, I realized I enjoyed mentoring people.

About half the characters I fly are Jesus and angels. They ascend and descend in droves around Christmas and Easter in religious dramas at churches. This year, the bulk of my work was in high schools or community theaters with “stock shows” like Peter Pan, Mary Poppins and The Wizard of Oz.

You can make a living in the theatre industry. I’m not just training students for what’s happening now, though. I’m trying to prepare them for five years into the future.

Teaching is the best of both worlds. We can give students real-world experience and at the same time, I can pass on some of what I do to the next generation. It’s a cool way to earn a living.

Back to Flash Forward Fall 2016