Kent State men’s and women’s basketball teams both had stand-out seasons this year.

As Mid-American Conference East Champions, the Kent State women’s basketball team headed to the Women’s National Invitation Tournament (WNIT), squaring off against the University of Michigan Wolverines at the Crisler Center arena in Ann Arbor, Michigan, on March 16. The Golden Flashes put forth an impressive second-half effort, but ultimately fell 67-60 to a tough Michigan team in the first round.

“I don’t think I’ve ever been as proud of a team as I am of this team and what they’ve been able to accomplish this season,” says women’s basketball head coach Todd Starkey. “We made a statement about who we are, and that we won’t go down without a fight.”

“I couldn’t be more proud of how hard we fought throughout the entire game and for the season we had this year,” says men’s basketball head coach Rob Senderoff.

Glimpses from both games include: 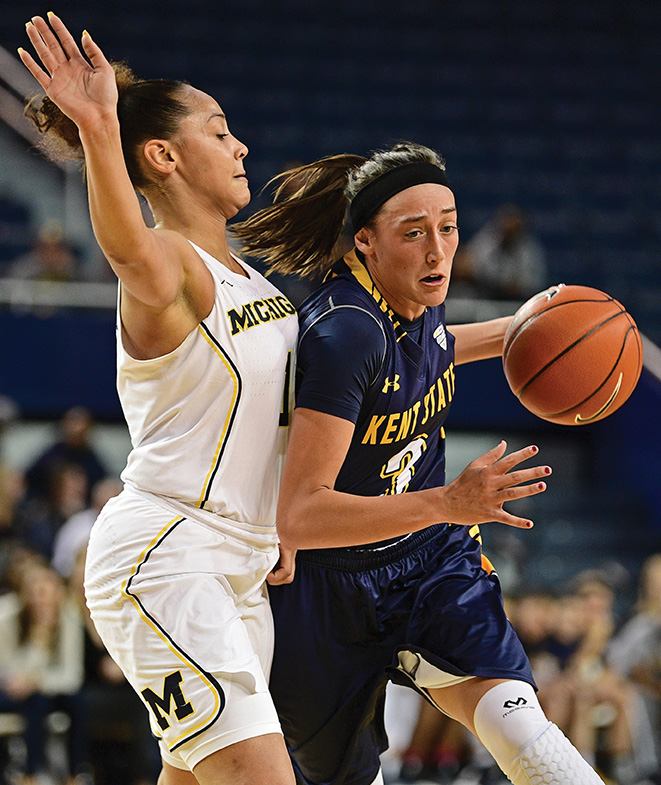 1. WNIT Kent State senior guard and Mid-American Conference Player of the Year Larissa Lurken drives around a Michigan defender during the first round of WNIT. 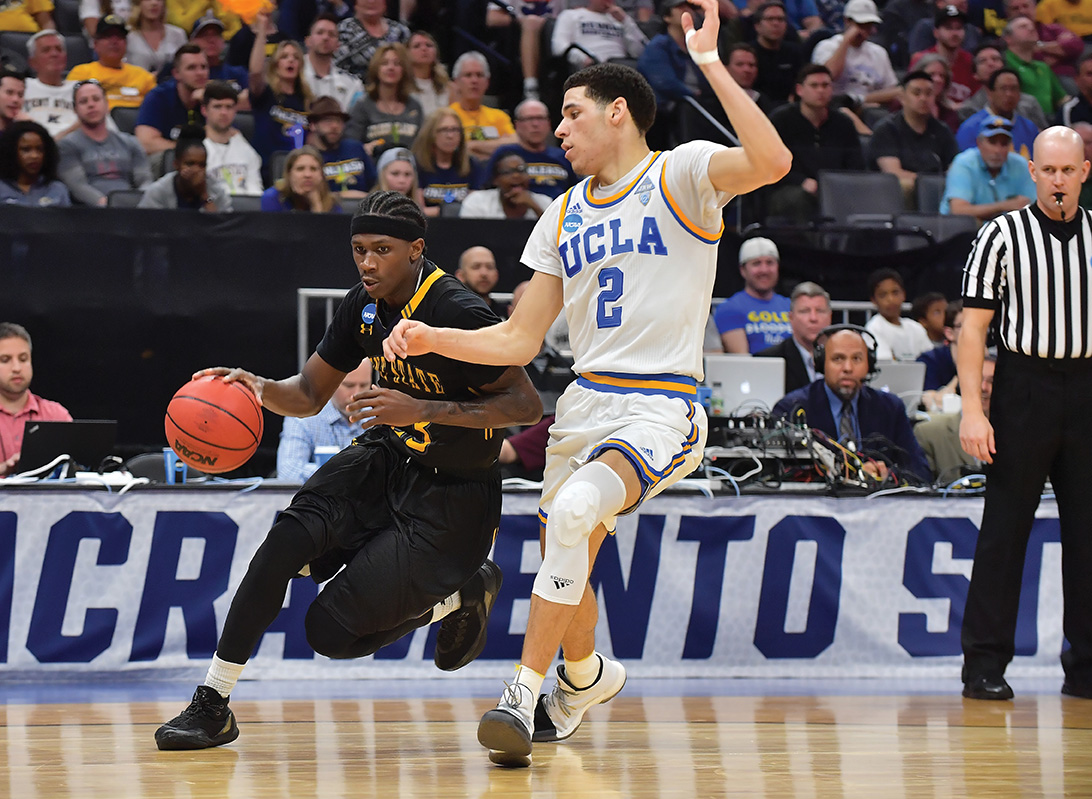 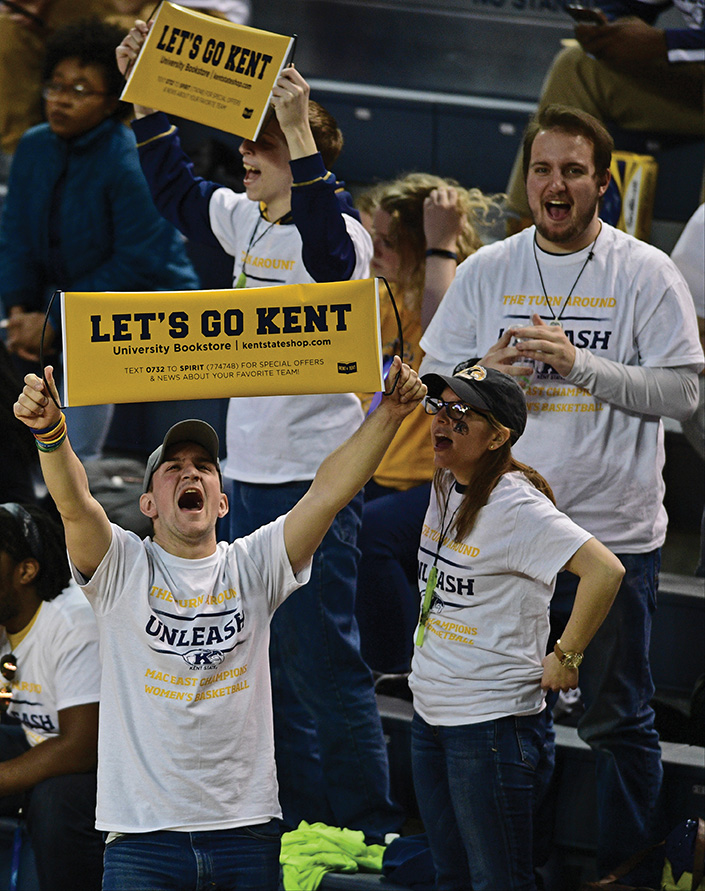 3. FLASH FANS Kent State fans get fired up during the WNIT game against the University of Michigan in Ann Arbor. 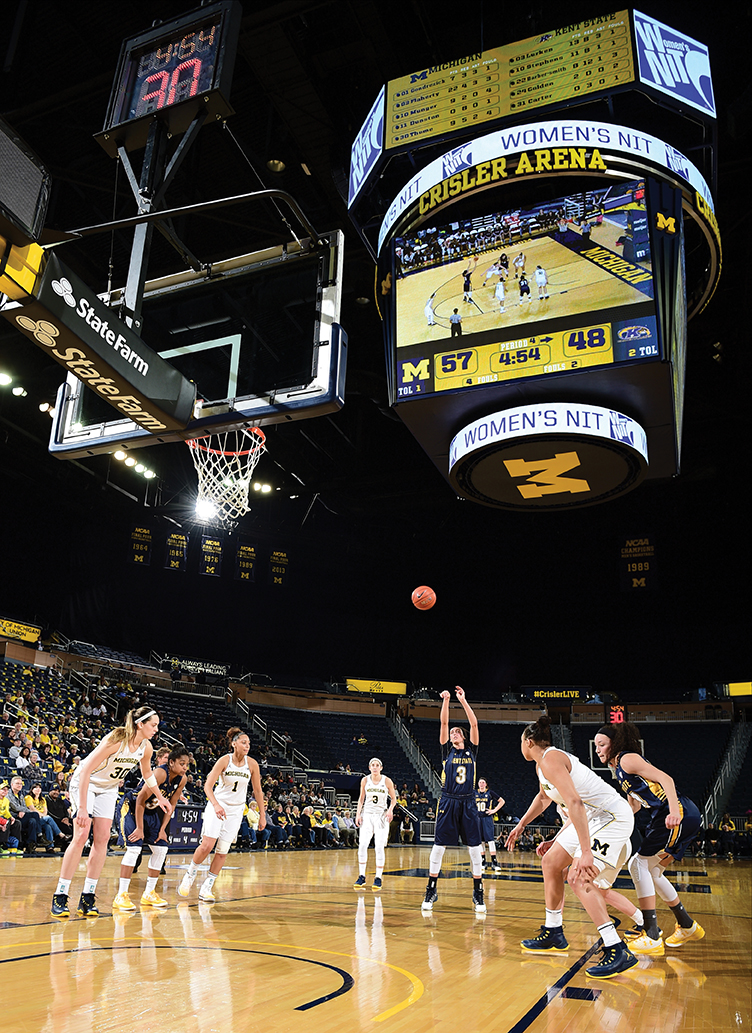 4. GOOD SHOT Larissa Lurken makes a foul shot against the Wolverines during the second half of Kent State’s WNIT matchup. 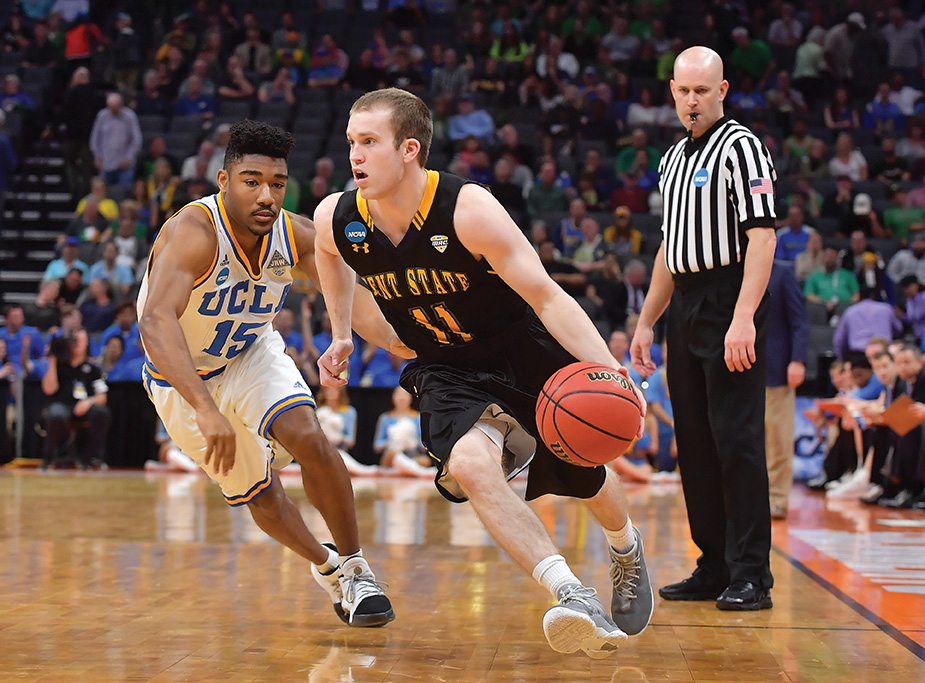 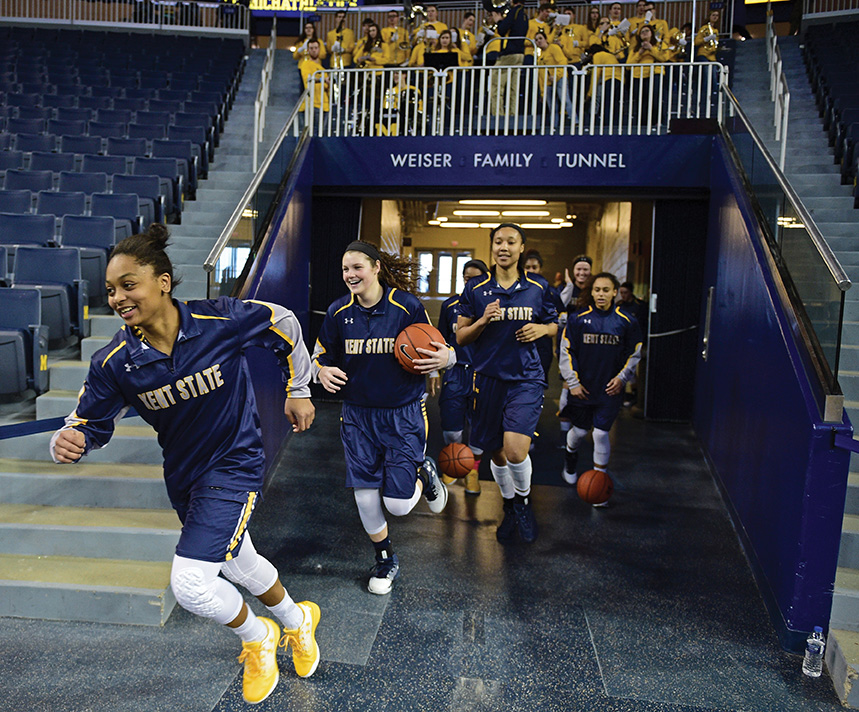 6. HEADING OUT The Kent State women’s basketball team hits the floor for warmups at the Crisler Center in Ann Arbor. 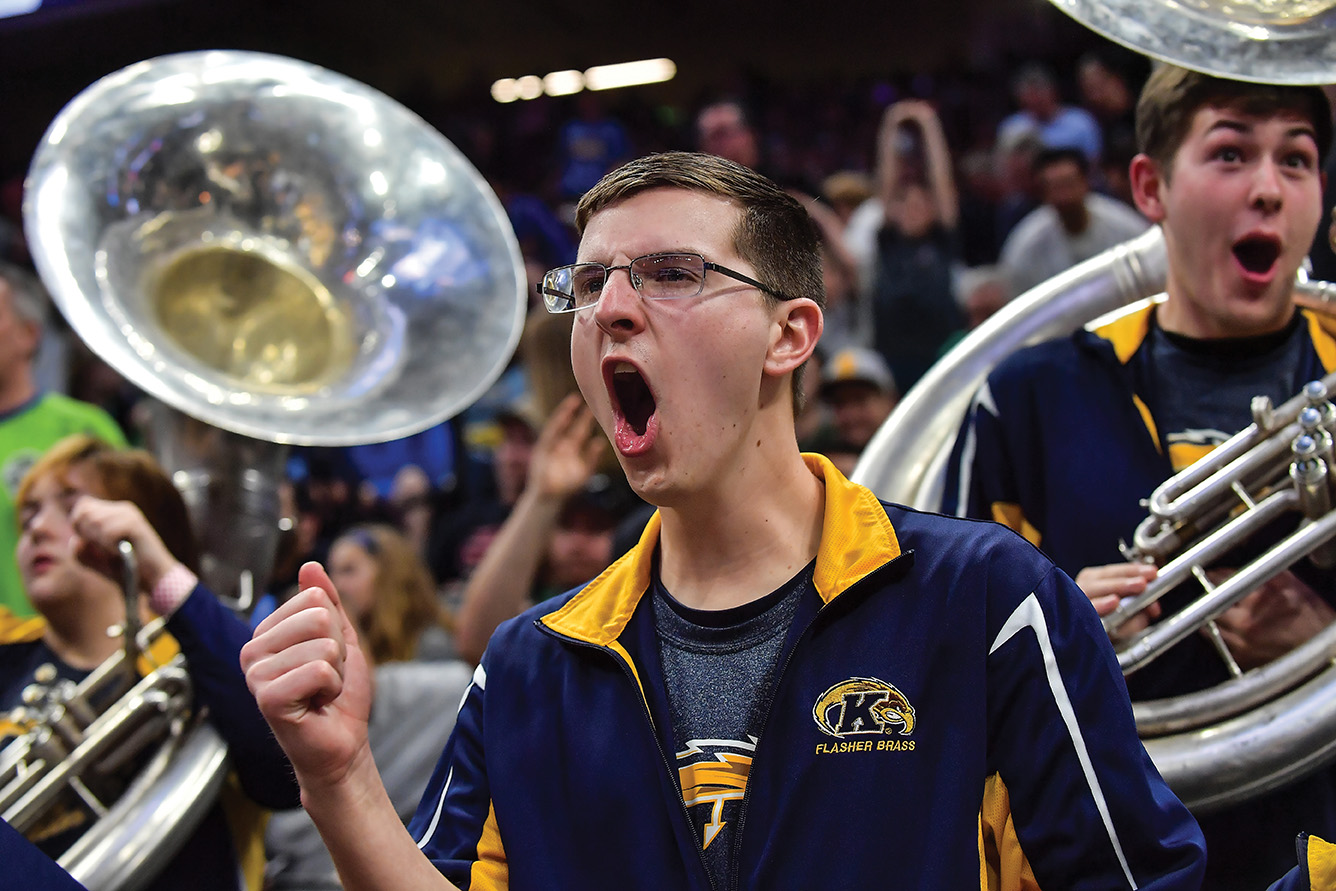 7. BAND FAN A member of the Kent State Marching Band shouts support during the first round of the men’s basketball NCAA Tournament South Regional.