The Cuyahoga River has played a significant role in the history of ecological understanding in the United States. It is famous for having been so polluted that it caught fire in 1969, setting off a movement that eventually led to the founding of the Environmental Protection Agency and the passage of the Clean Water Act. While the Cuyahoga River is in much better health ecologically today than in the 1960s or ’70s, it remains a significant point of interaction between humans and the environment.

Taryn McMahon, MFA, associate professor and co-area head of print media and photography in the School of Art, explores the interactions between the human and nonhuman via Northeast Ohio’s waterways in her recent print series, A Series of Entanglements.

“I began by walking along the shores collecting objects such as consumer plastics and abandoned fishing supplies, in addition to naturally occurring objects such as algae and stones,” McMahon says. “The silhouette of each object is translated into a stencil and then printed and layered in different highly transparent colors to create unique prints that weave together the manmade and natural. This results in visual environments that reiterate the entanglement of the current state of ecology, a state in which the human and nonhuman cannot be separated and are conflated and intertwined in the face of unprecedented ecological change.”

“The human and nonhuman cannot be separated and are conflated and intertwined in the face of unprecedented ecological change.”

McMahon is inspired by artists such as Anna Atkins, a British botanist and photographer in the 1800s who used cyanotype—an early photographic process that is both printmaking and photography—to record the ecology of her time. “My works on paper capitalize on the unique potential of print to record objects faithfully while also allowing for artistic license in choice of color, layering and material exploration,” says McMahon, who received a New Faculty Outstanding Research and Scholarship Award from the University Research Council in 2020.

“Within Western art, most depictions and understandings of nature include untouched landscapes or animals or plants and exclude humans or human-generated objects,” McMahon says. “That is because we do not see ourselves as fundamentally a part of, and dependent upon, the natural world. This worldview leads us to interact with the world in a dominating and often destructive way.

“My recent artworks—which intermingle plastic water bottles, netting and chunks of Styrofoam with native plants, rocks and bark—forgo a romantic view of “nature” and “landscape” as things separate from ourselves, in order to visually reimagine ourselves as interdependent and reliant upon our surroundings.” 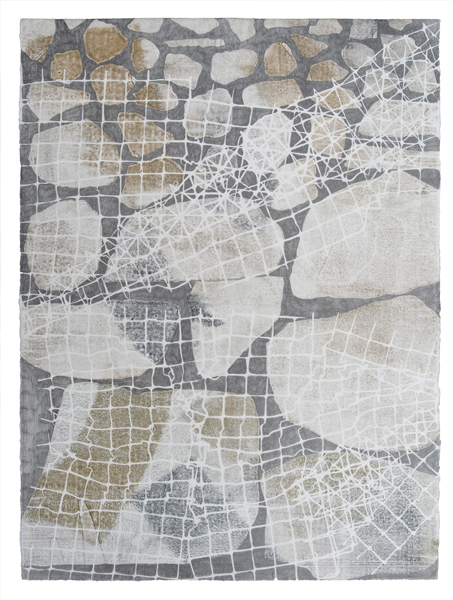 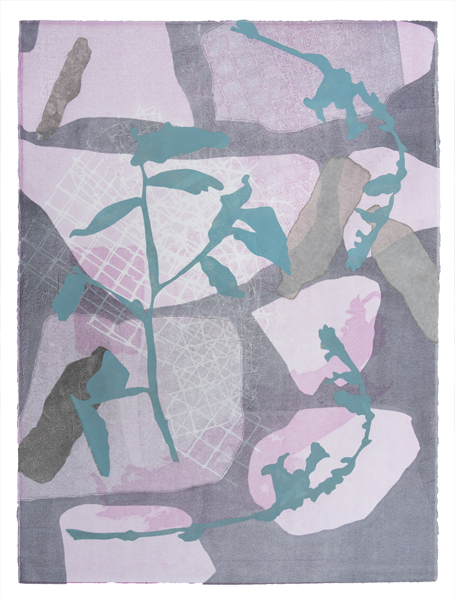 See more artwork by Taryn McMahon.
Learn more about the School of Art.