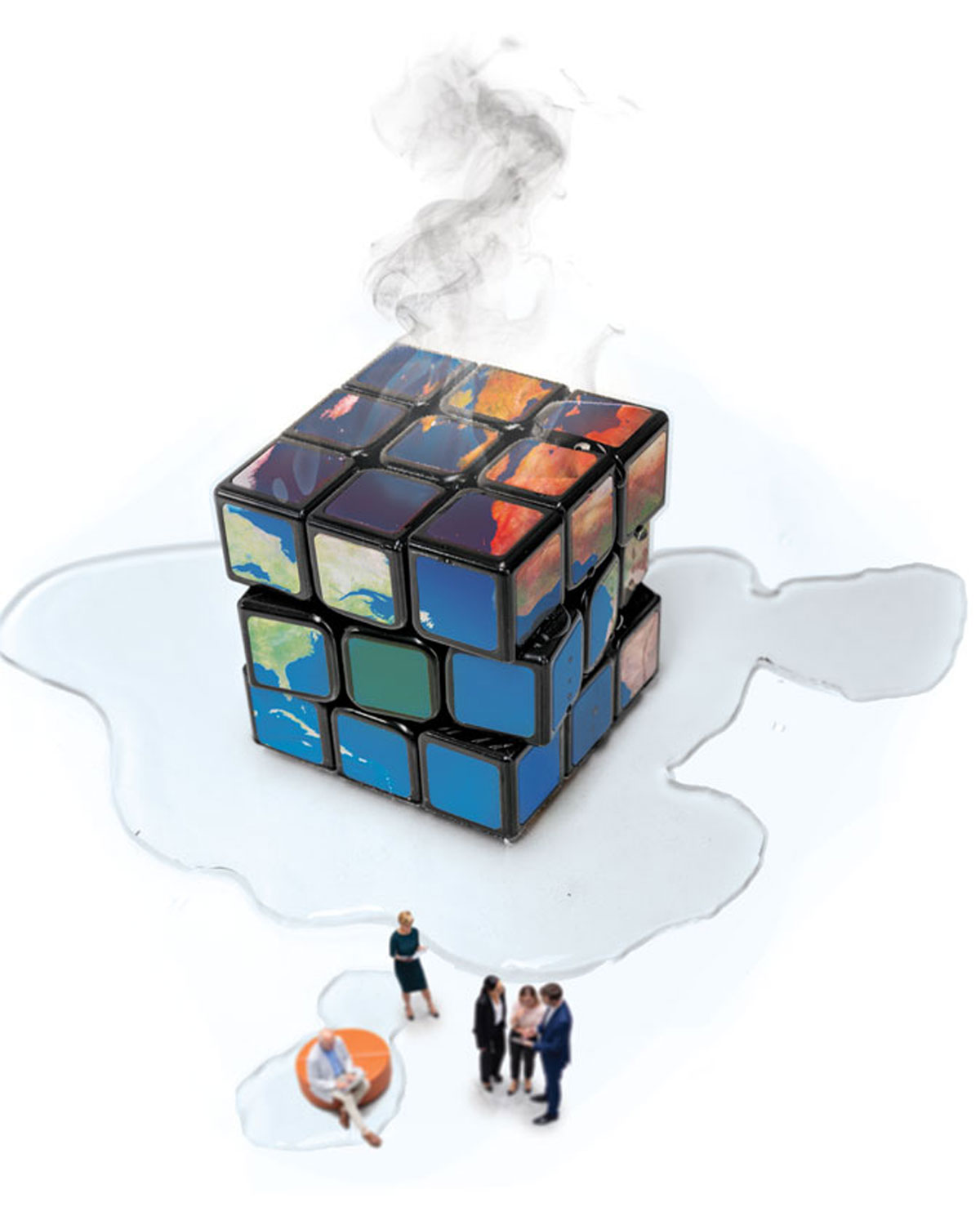 Climate change is a complex problem with no easy answers—and everything at stake. As global temperatures continue to rise, Kent State faculty reflect on our potential to mitigate and adapt to a changing planet.

By Kat Braz and Jan Senn

When the United Nations Intergovernmental Panel on Climate Change released its latest report in April 2022, IPCC Chair Hoesung Lee described it as “powerful evidence that we have the potential to mitigate climate change. We are at a crossroads.  . . . Climate promises and plans must be turned into reality and action, now. It is time to stop burning our planet and start investing in the abundant renewable energy all around us.”

The Working Group III report, prepared by 278 scientists from 65 countries, is the third installment of the IPCC’s Sixth Assessment Report (AR6), which will be completed this year. “It’s now or never if we want to limit global warming to 1.5°C (2.7°F), says IPCC Working Group III Co-Chair Jim Skea. “Without immediate and deep emissions reductions across all sectors, it will be impossible.” But there are options in all sectors to at least halve emissions by 2030.

The Working Group II report, released in February 2022, warned that global warming exceeding 1.5°C will lead to “additional severe impacts, some of which will be irreversible” and “would cause unavoidable increases in multiple climate hazards and present multiple risks to ecosystems and humans.”

While mitigating actions would substantially reduce projected losses and damages, it’s impossible to eliminate them all. Even to slow climate change, the world is running out of time.

“Inclusive and green economies, prosperity, cleaner air and better health are possible for all, if we respond to this crisis with solidarity and courage.”—UN Secretary-General António Guterres

In the IPCC’s first AR6 installment, released in August 2021, UN Secretary-General António Guterres characterized the situation as “a code red for humanity. The alarm bells are deafening, and the evidence is irrefutable.” Human influence has warmed the climate at a rate unprecedented in at least the last 2,000 years. However, Guterres also noted that “Inclusive and green economies, prosperity, cleaner air and better health are possible for all, if we respond to this crisis with solidarity and courage.”

Despite the dire warnings and the daunting statistics, faculty at Kent State—designated an R1 research university in February—remain hopeful about opportunities to mitigate and adapt to our changing climate in the coming years. To better understand and address the climate crisis, we asked several faculty members, most of whom participate in Kent State’s Environmental Science and Design Research Institute, for their perspective on this existential challenge.