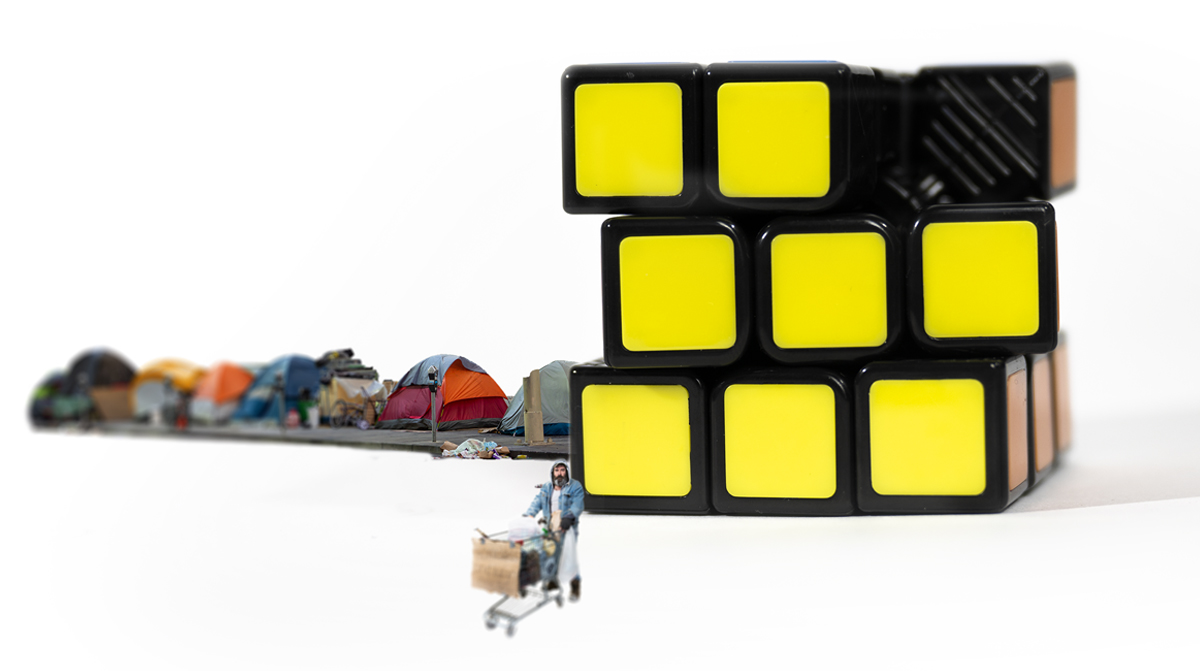 Although climate change affects everyone regardless of socioeconomic status, a recent report by the US Environmental Protection Agency shows that its highest impacts will affect communities that are least able to anticipate, cope with and recover from adverse climate events like air pollution, extreme temperatures and flooding. Those at highest risk in the United States include individuals in one or more of the following categories: low income, minority, no high school diploma or equivalent, and ages 65 and older.

“Those themes are similar whether you’re talking about global communities or strictly within the United States, says Kathryn Wilson, PhD, professor and chair of the Department of Economics. Her research focuses on poverty, inequality and social mobility. “Climate change happens to all of us, but that doesn’t mean it affects all of us equally. Climate change affects the most vulnerable much harder. They’re more exposed to it, they’re more susceptible to damages from it and they don’t have sufficient resources to be able to cope with and recover from those damages.”

Wilson says she would be hard pressed to find any economist who thinks that markets are going to work well given climate change. “Basic economic theory recognizes that there are times when markets won’t give us the outcome that’s best for society,” she says. “One of those times is when something called an externality happens. It basically means that there’s an impact outside of the people involved in the transaction.

“For example, if a company pollutes, if I pollute when driving my car, that pollution is felt by everybody, particularly those who are low income and living in dense urban areas. But the company and I don’t have to pay the cost for that, so we end up with more pollution than is socially efficient. For economists, the solution to an externality is to get the parties involved in the transaction to internalize that cost—perhaps to take that cost into consideration through things like government regulations or imposing a carbon tax.”

“From society’s perspective, that understanding comes with a greater social responsibility to help alter the trajectory for children who are from low-income families. For example, if you look at asthma rates in children and tie that back to climate, as we see more extreme climate events I expect that we will see higher rates of asthma, especially in areas of high population density. That helps me understand that sense of social responsibility.”

So what can we do to become socially responsible? When Wilson teaches an intro class in principles of microeconomics, she talks about externalities, efficient outcomes and various theorems about ideal economic conditions. And then she throws in the Ruth Anne Principle. (Ruth Anne is her mother.)

“Maybe when we make decisions, we think about other people as well, because that’s certainly what Ruth Anne taught me that I should do,” Wilson says. “She always was aware of what others were feeling. So maybe on an airplane I look to see who’s sitting behind me before I decide whether to put my seat back or not. Is it a little child with plenty of leg room or someone who’s going to be uncomfortable? What I’m ultimately doing, in economic language, is internalizing that externality. I am thinking about the impact on somebody else when making decisions.

“When it comes to climate change, we can still do that. In thinking about what car we’re driving or how much food we’re wasting, we can think about how our decisions may impact others. My individual decisions aren’t ultimately going to change the climate, but collectively a lot of those individual decisions potentially can. Internalizing the impact of our decisions is something all of us could do.”

Learn more about the Department of Economics.