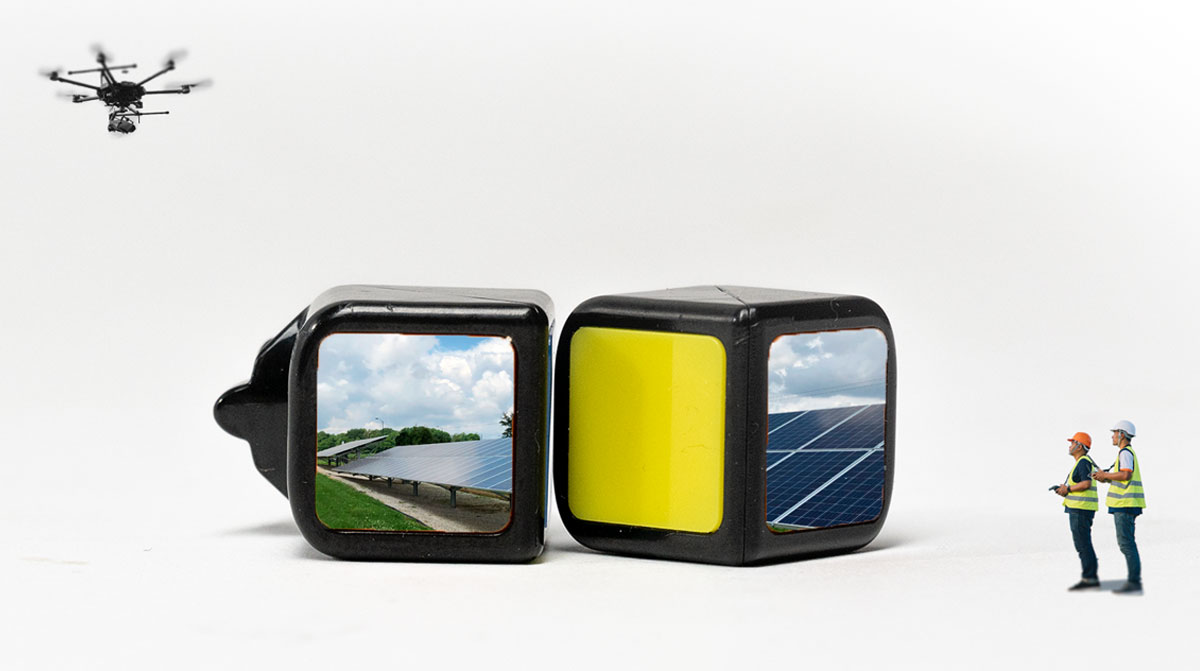 Carbon dioxide is one of the main greenhouse gases (along with methane and nitrous oxide) that trap energy in the atmosphere and result in widespread temperature increase. So we need to drastically reduce or eliminate greenhouse gas emissions to keep global warming from rising further.

If you’ve been on the Kent Campus over the past six years, you may have seen the ZEV (Zero Emission Vehicle) driven along the Esplanade or parked on Risman Plaza on Earth Day, as it was this year. The ZEV is a repurposed golf cart with an electric engine powered by three sources: a fuel cell, solar panel and batteries. The experimental vehicle converts solar energy to electricity (to directly charge the battery) and to hydrogen (for energy storage).

“It’s one way to educate people about renewable energy,” says Yanhai Du, PhD, professor in the College of Aeronautics and Engineering and team leader and principal investigator of Kent State University’s fuel cell program. It is also a way to get students interested in engineering and sustainability. Du has worked with an interdisciplinary team of students to develop the vehicle since 2016 through the Summer Undergraduate Research Experience (SURE) program. The three-phase project, led by students, is now in its second phase. The goal is to run the cart with zero emissions for its life cycle.

“This zero-emission golf cart is just one example of how we can do something to make a difference,” Du says. However, even if we stopped emitting greenhouse gases today, these gases can remain in the atmosphere for different amounts of time, ranging from a few years to thousands of years after being released. Their warming effects on the climate persist over a long time and will affect both present and future generations. That’s why it’s important to develop new technologies to help bring global temperatures back to safer levels.

And that’s why Du, an expert on the solid oxide fuel cell (SOFC), continues to work toward enabling the fuel cell industry to replace conventional power sources. He believes that fuel cells are uniquely positioned among power generation systems to effectively provide clean, reliable, quiet power.

He is just wrapping up a project to develop a hybrid fuel cell battery/capacitor that may extend flight time and load capacity for drones, aka unmanned aerial vehicles (UAVs). Kent State University led a team that included several other universities, federal agencies and a company that designs and manufactures drones. Funded through the Ohio Federal Research Network, the project ran from January 2020 to May 2022.

“We demonstrated that UAVs integrated with our onboard hybrid fuel cell battery/capacitor could do much more than just carry and deliver a small camera or a pizza.”

“We demonstrated that UAVs integrated with our onboard hybrid fuel cell battery/capacitor could do much more than just carry and deliver a small camera or a pizza,” Du says. “With our technology, UAVs could carry much heavier weight and fly in a continuous operation in a lab setting for 12 hours. That's a long duration for a drone."

The 12-hour flight time also offers huge benefits for military and commercial users. “For example, Amazon and other commercial drones can fly for 20-30 minutes in a single flight. Normally, they deliver a package, then go back to their base to pick up the next package and then deliver it to another customer,” Du says. “If we create power cells that enable the drones to fly far and high, as well as carry several packages at a time, it could be more efficient and effective. So, our focus with this project is to increase flight time/distance and the weight that UAVs can carry.”

Other potential uses for the technology include surveillance, inspections and emergency response. “One could watch an interested area/region 24/7 by using two drones that can fly for 12 hours each. This can make the task efficient without having to use helicopters and personnel,” Du says. “On the commercial side, a lot of inspectors use drones to do housing and bridge inspections. In California, inspectors might use drones for wildfire inspection. This new technology could potentially be used to deliver medical supplies and other emergency needs after disasters.”

Having met most of its goals for the project, Du’s team is preparing for a flight demonstration and applying for additional federal and state funding to advance the hybrid fuel cell battery/capacitor technology. They’re also looking forward to bringing new products or services to market based on this technology.

In addition, Du is working with the Ohio Clean Hydrogen Hub Alliance to establish a national hydrogen energy hub in Ohio. “Hydrogen can store more electricity than conventional batteries,” he says. “And it holds that energy in a more efficient way.”

Learn more about the UAV project.

Learn more about the College of Aeronautics and Engineering.