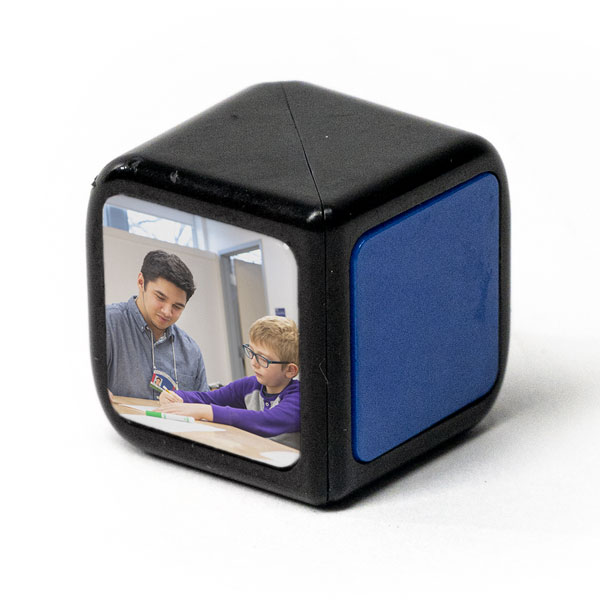 Bridget Mulvey, PhD, associate professor of science education at the School of Teaching, Learning and Curriculum Studies, can relate to a natural disaster’s effect on education. In September 2003, during her first weeks of teaching Earth science at a K-12 school in Williamsburg, Virginia, Hurricane Isabel slammed into the coast.

Many people were evacuated—including Mulvey, who had just moved to the area—and school was canceled for about a week. When classes restarted, students asked her if the assignments were due that day. “I said, ‘No, this is a natural disaster; first we’re going to make sure we’re all okay!’” Mulvey recalls. “We shifted that year’s curriculum to start with hurricanes—and we didn’t just look at them through a science perspective. We also created newspapers in collaboration with the English teacher to share our stories and those of others in the community.

“Giving students the space and support to process the varied perspectives on that event and what it means for science and for their lives was essential,” she says. “I listened to their stories, their questions, their fears—and I shaped learning experiences around what I was picking up from the students.”

That empathetic approach to education is central to what Mulvey does: “In general, my work is trying to help teachers and students not only learn more about science but also to connect it to their lived experiences and their decision making.”

During the pandemic, Mulvey worked with the Wick Poetry Center and its director, David Hassler, to have students in teacher training programs reflect on themselves and science education using model poems in Wick’s Earth Stanzas project. “Poetry is an amazing way to support children and older students, to share their voices and try to make a difference in this world,” she says. “Children’s voices can be powerful agents of change. They move people in a way that data often doesn’t. As adults and teachers, we can help inform students and then amplify their voices.”

However, teaching students to trust in science and scientists can be challenging in today’s polarized environment. Mulvey has been working with Lisa Borgerding, PhD, a fellow professor in the School of Teaching, Learning and Curriculum Studies, on socioscientific issues—controversial, socially relevant, real-world problems that are informed by science and often include an ethical component—like pandemics and global climate change.

“Children’s voices can be powerful agents of change. They move people in a way that data often doesn’t.”

“We need to help students come to their own conclusions, rather than tell them what to think,” Mulvey says. “Besides helping students and the teachers who work with them understand the science behind the complex issues we’re facing, we also need to help them communicate with others about science in ways that aren’t judgmental. Genuinely caring about the other person’s perspective—asking questions to learn more about why they believe the way they do—can be a powerful way to empathize with others and perhaps spark a discussion.”

Written in response to the Dakota Access Pipeline protests, the book tells the story of an Ojibwe girl who fights against an oil pipeline to protect the water supply of her people.

“I use this book when asking teachers about the implications of the word resources,” Mulvey says. “Resources aren’t just things to be mined for human use. We need to consider different perspectives and the marginalization of different groups of people and species.”

Mulvey recommends pairing this book with informational texts (which inform readers about the natural or social world without using characters) to consider emphases, omissions and accuracy. See Xochitl Bentley (@dispatches_b222 on Twitter) for guidance on using picture books to begin an inquiry.

They All Saw a Cat, written and illustrated by Brendan Wenzel (Chronicle Books, 2016), 2017 Caldecott Medal and Honor Book

“It’s a way for almost any age group to think about the perspectives of others and how our background knowledge and experiences impact our perceptions and actions,” Mulvey says. “Teachers can use it to discuss what it means to have empathy and to consider the complexity of who has power, whose perspectives are being valued, and what that means for our own decision making.”

Mulvey recommends using this book to set the stage for critical considerations of issues that involve science and society.

Old Enough to Save the Planet, written by Loll Kirby and illustrated by Adelina Lirius (Harry N. Abrams, 2021)

This book shares real accounts of children taking action to protect the planet.

“It aims to foster people’s respect for themselves, others and the world—and to empower people to take informed action to positively impact the local and global,” Mulvey says. “The real-world examples can inspire children to develop their own action plans.”

As with the other books, Mulvey recommends critical examination of the text and pairing it with more in-depth texts that examine varied perspectives and evidence.

Learn more about the School of Teaching, Learning and Curriculum Studies.