Anita Bixenstine, MA ’70, PhD ’89, and husband, Edwin Bixenstine, PhD, Kent, Ohio, celebrated their 70th wedding anniversary at a family event in March 2019. She was an Honors College advisor at Kent State from 1969 to 1990, and he is a professor of psychology (emeritus) at Kent State, who retired in 1984. They have 14 grandchildren and one great-grandchild.

John Carden, BS ’70, MS ’72, Liberty Lake, Wash., a licensed professional geologist in the state of Washington, has over 35 years of experience in exploration management, teaching and research. He has been a director of Paramount Gold Nevada Corp. since February 2015 and a director of Paramount Gold and Silver Corp. from September 2006 through completion of a merger with Coeur Mining Inc. in April 2015.

He received his doctorate in geology from the Geophysical Institute at the University of Alaska in 1978. Since 2001, he has been a geologic consultant and a director of a number of junior resource companies. From 2010 to the present, he has been a consultant to Otis Gold Corp.

Stanley Harrold, MA ’70, PhD ’75, Orangeburg, SC, professor of history at South Carolina State University, recently published American Abolitionism: Its Direct Political Impact from Colonial Times into Reconstruction (University of Virginia Press, April 2019). It provides the only systematic examination of the American abolition movement’s direct impacts on antislavery politics from colonial times to the Civil War and after. He is also the author, recently, of Lincoln and the Abolitionists (Concise Lincoln Library, March 2018) and Border War: Fighting over Slavery before the Civil War (University of North Carolina Press, reprint edition, February 2013).

Bart Bixenstine, BA ’71, Cleveland, a partner at Vorys, Sater, Seymour and Pease LLP, and a former KSU board member, received the Distinguished Honors Alumni award from the Honors College in April 2019. He periodically teaches a course at Kent State on the First Amendment.

Michael Chanak, Jr., BS ’71, Cincinnati, Ohio, appears in the P&G-commissioned documentary, Out of the Shadows: Risking Their Careers in the Name of Equality, which debuted at the Cannes Lions International Festival of Creativity in June 2019.

The short film, created by P&G in partnership with Great Big Films, picks up where their award-winning 2018 documentary The Words Matter: One Voice Can Make a Difference, left off.

The Words Matter documents Chanak’s role in getting P&G to add “sexual orientation” to its diversity policy in 1992, and Out of the Shadows highlights the courageous employees who persevered for 10 more years to gain domestic partner benefits and turn the tide of prejudice in the company and community.

Chanak’s efforts were also listed in the Cincinnati Enquirer’s coverage in June 2019 of “Stonewall Riot 50th anniversary: The moment that changed gay life in Cincinnati”.

Norman Macklin, MA ’72, Rensselaer, NY, received a doctorate degree in ministry from Evangelical International College and Seminary in Tacoma, Wa., in June 2014. Macklin was consecrated a bishop in the Baptist denomination in October 2017.

Richard (Rico) Hawkes, BS ’73, Ellenton, Fla., wrote, “I am currently senior director of operations risk/safety for Field Entertainment, Inc., the world’s largest producer of live entertainment, based in Palmetto, Fla. Since 1992, I have produced all aspects of Supercross (motocross racing in major stadiums) and Monster Jam (monster truck performances in stadiums, arenas, fairgrounds, both domestic and international). I have been working on the production and safety side of these live events for more than 50 years.

“The times following these events were exciting as I watched a country deal with inevitable changes. Being with the on-campus television station, I was introduced to Dick Gregory, Julian Bond, Buckminster Fuller, Andrew Young, John Froines, attorney William Kunstler, and also had the advantage of producing live coverage of the many on-/off-campus activities that seemed to happen almost daily.

Carter Strang, BS ’73, MEd ’79, Cleveland, a partner at Tucker Ellis, LLP, and president-elect of the Cleveland Metropolitan Bar Foundation, was inducted into the Cleveland-Marshall College of Law (C|M|LAW) Hall of Fame on October 25, 2019, in recognition of his contributions to the success and reputation of C|M|LAW. He is a Cleveland-Marshall Leader-in-Residence and a member of its Visiting Committee. 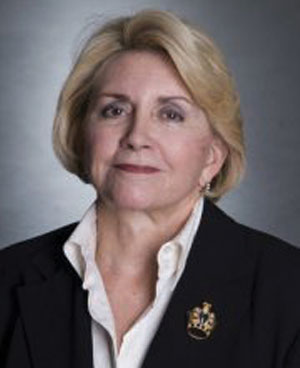 Mark Landers, BBA ’74, Dayton, Ohio, would like to connect with former friends and classmates. Please email mark.landers.esq@gmail.com to get in touch.

James Vittek, AA ’75, BS ’75, MEd ’76, EdS ’78, Chagrin Falls, Ohio, enjoyed long careers as a writer and psychologist. During retirement, he earned a Doctor of Ministry from the Ashland Theological Seminary in Ashland, Ohio. Also during retirement, he renewed his love of animals; he has four Cavalier King Charles Spaniels. 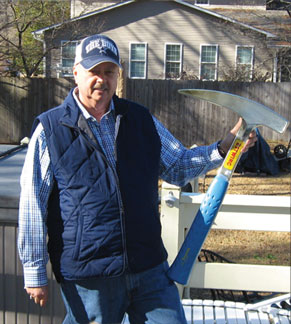 Ivan “Tex” Gilmore, BA ’76, Washington, NC, retired on St. Patrick’s Day, March 17, 2019. During his career he served on the North Carolina Board of Licensing of Geologists for six years, the North Carolina Mining and Energy Commission for four years and the Board of Directors of the Aurora Fossil Museum for 16 years. He was chief geologist and superintendent of mine planning at the world-famous Lee Creek Mine for over 30 years. During his 42-year career as a professional geologist, Gilmore was awarded the John T. Galey public service award in 2007 by the American Institute of Professional Geologists and the United States Congressional Achievement Award in 2006.

Paul Hedeen, BA ’76, Monroe, Mich., published his second novel, The Butterfly, on February 21, 2019. Hedeen is an award-winning professor and writer and a Fulbright scholar. His other publications include a poetry collection, Under a Night Sky (Final Thursday, 2016); a novel, The Knowledge Tree (Wide Water, 2013), another poetry collection, When I Think about Rain (Final Thursday, 2009); and a coedited collection of essays, Unrelenting Readers: The New Poet-critics (Story Line, 2004).

Richard Breedon, BS ’77, PhD ’88, Davis, Calif., wrote, “I retired as a research professor emeritus from the University of California, Davis, in 2016. I then spent two years teaching high energy particle physics at Yale-NUS College in Singapore. From there, I took my students to visit the CERN laboratory in Geneva, Switzerland, where I remain a member of the Compact Muon Solenoid experiment on the Large Hadron Collider.” [Check out a story from his freshman year at KSU.] 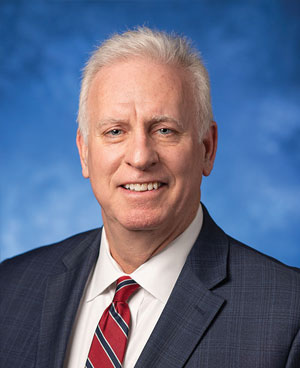 Cheryl Lewis, MA ’78, Cleveland Heights, Ohio, wrote, “I’m a proud and grateful graduate of Kent State University. I attended graduate school in the Department of History, where I was mentored by the best professors/scholars and fellow students. Best years of my life!”

Ruth Ava Lyons, BFA ’78, Charlotte, NC, has been selected for a 2019 residency with The Arctic Circle, thearticcircle.org, along with scientists, researchers and other artists who will participate in an expedition to the North Pole. Her work can be seen at Hidell Brooks Gallery in Charlotte and at www.ruthavalyons.com.

Robert Steffen, BS ’78, Spring Green, Wis., retired after a 40-year advertising career. Most recently, he was senior director–brand campaigns at Carter’s, Inc. in Atlanta and was previously at Lands’ End in Dodgeville, Wisconsin. 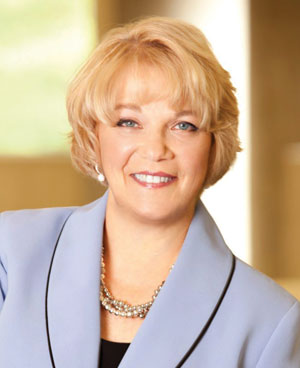 Virginia Schaefer Horvath, MA ’79, PhD ’84, Fredonia, NY, retired as president of SUNY Fredonia on July 1, 2019, after more than 40 years of service and leadership in public higher education. A first-generation student, she was the first female president of Fredonia when she officially stepped into the role as the university’s 13th president on July 1, 2012. Prior to coming to Fredonia as vice president of academic affairs, she taught in the English department at KSU for several years and served as dean of Academic and Student Services for Kent State’s regional campuses and assistant to the president for strategic planning. 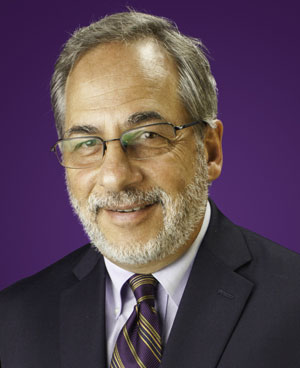 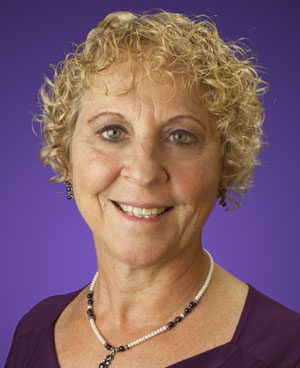 The O’Connells started the HSU Physical Therapy ministries in 1999 and have led students on annual mission trips to serve citizens locally, state-wide and abroad. The award was presented by APTA’s Board of Trustees during the APTA NEXT conference and exposition in Chicago in June 2019.

Michael Tewell, MA ’79, Palm Harbor, Fla., wrote: “I received my Juris Doctor degree from The George Washington University National Law Center [now known as The George Washington University Law School] in 1982, and I have been a member of the Florida Bar since 1983. I retired in 2016 after 25 years as an assistant public defender in Florida’s Pinellas and Pasco Counties.

“In my recent self-published book, Immortality: The Science of Forbidden Fruit, I present a compelling theory that our memory-encoded personalities are preserved after our bodies die. The book is available in paperback and e-book through most major distributors, including Amazon and IngramSpark. Contact michaelatewell@gmail.com to inquire about my availability for lectures and speaking engagements.”