Making Art in a Material World 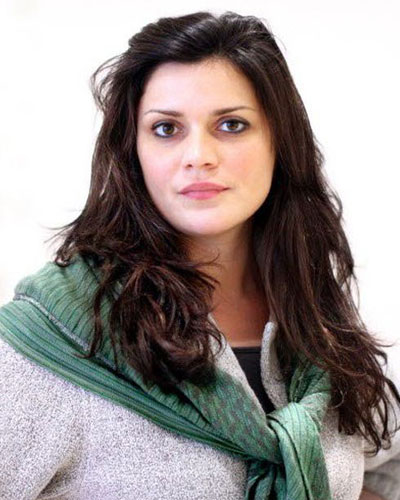 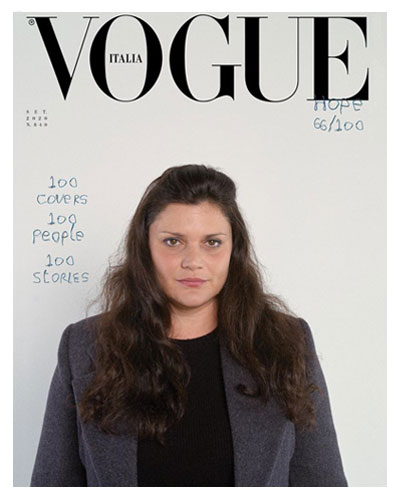 Diana Al-Hadid, BA ’03, BFA ’03, Brooklyn, NY, internationally known multimedia artist, was on the cover of Vogue Italia, as one of the “100 covers, 100 people, 100 stories” highlighted in the September 2020 issue (image 1). The issue featured 100 models, actresses and artists, showing a diverse range of people with unique stories to tell.

Also, in early March 2020, she and her husband, Jon Lott, architect and assistant professor of architecture and director of the Master in Architecture I Program at Harvard University, won The Trailblazer Award at The Bronx Museum of the Arts Visionary Duos Gala.

A native of Aleppo, Syria, who grew up in Canton, Ohio, Al-Hadid typically uses a mix of materials—both traditional (bronze, steel, wood, plaster, charcoal) and non-traditional (wax, resin, polymer, fiberglass)—to produce large-scale sculptures, panels and works on paper. She wields power tools and uses techniques such as welding, drilling, pouring and controlled dripping to bring into physical form concepts of the past, present and imagined future—often inspired by her study of art history. 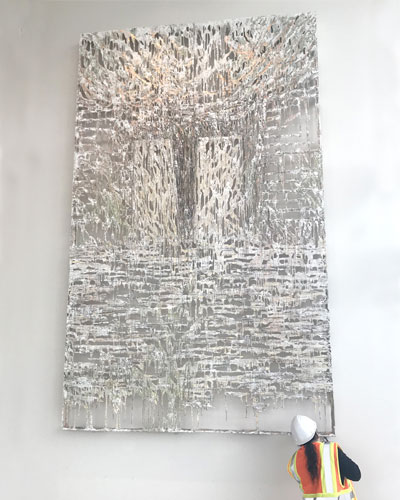 As of 2019, her piece “A Way with Words,” measuring close to three stories, is featured in the atrium of the new patient tower on Summa Health’s Akron City Hospital campus (image 2). The large, mixed-media 3D panel—made of steel, fiberglass, polymer gypsum and paints using a technique she describes as “a mix between fresco and tapestry”—is based on a photo she took in Lock 3, a section of the Ohio and Erie Canalway, located in the heart of Akron’s downtown.

Al-Hadid’s works of art have been featured in both group and solo exhibitions nationally and internationally for more than a decade. In 2016, her major solo exhibition at the NYUAD Art Gallery (at New York University Abu Dhabi) was titled Phantom Limb, which is also the name of the exhibit’s central work, a towering sculpture of a female bust atop a cascade of stacked dripping pedestals evoking a mountainscape—and referencing a 15th-century painting, “Allegory of Chastity,” by Hans Memling (images 3 and 4). 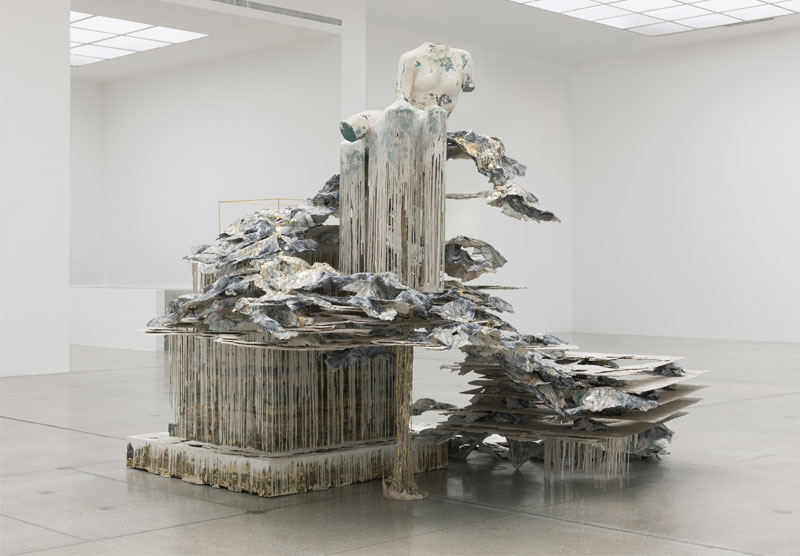 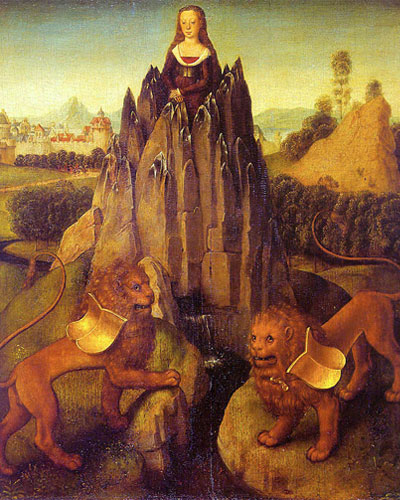