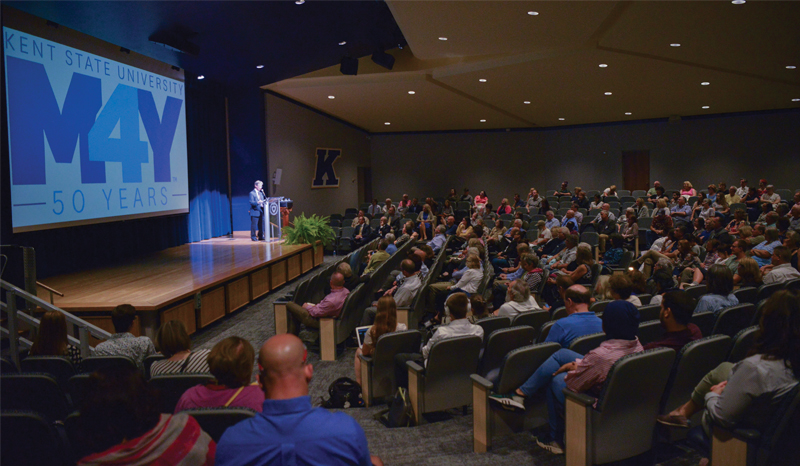 The yearlong 50th commemoration of the May 4, 1970 shootings at Kent State is well underway. Here are just two of the fall semester’s many highlights:

Voices for Change Educators Summit: The kickoff event of the 50th Commemoration year, the three-day 2019 Educators Summit at Kent State University, titled “May 4, 1970 Then & Now: Voices for Change,” took place from July 31 to August 2. It was designed to prepare middle school and high school teachers to educate students about the history and legacy of May 4, 1970, and to inspire a new generation of student activism.

One of the two featured speeches, which were free and open to the public, was “Facts are Stubborn Things: Kent State—the Sixties at Fifty” by Thomas Grace, BA ’72, a historian, scholar, researcher, author of Kent State: Death and Dissent in the Long Sixties (2016, University of Massachusetts Press) and one of the nine Kent State students wounded during the May 4 shootings. 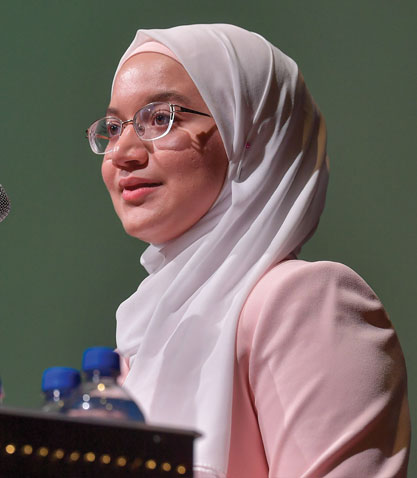 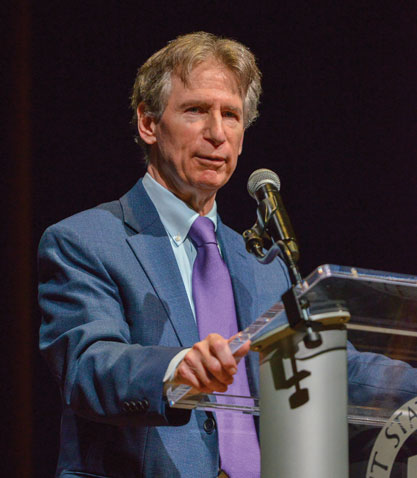 The other featured speech, “I Am a Student—I Am a Voice for Change” was given by Sara Abou Rashed, a poet, motivational speaker and Syrian refugee who moved to Columbus, Ohio, with her family in 2013. Rashed’s work has appeared in more than 12 publications, and most recently, she wrote and stars in her debut one-woman show, “A Map of Myself,” in which she discusses identity, belonging, immigration and finding home.

Other presenters and speakers at the summit included Alan Canfora, BA ’72, MLS ’80,  who also was one of the nine injured on May 4; his sister, Roseann “Chic” Canfora, a longtime educator and activist in Northeast Ohio; and Laura Davis, BA ’76, Kent State professor emerita of English and founding  director of the May 4 Visitors Center. All three were Kent State students on May 4, 1970.

Moments of Truth Book Launch: Howard Ruffner, BS ’71, was a college sophomore, working as a photographer for Kent State’s student newspaper and yearbook, as well as a stringer for Life magazine on May 4, 1970. During the September 19 launch of his photographic memoir, Moments of Truth: A Photographer's Experience of Kent State 1970 (2019, Kent State University Press), Ruffner highlighted several of the nearly 150 photos that appear in the book, including the one that appeared on the cover of Life. Purchase a copy at Kent State University Press at a 20 percent discount through Nov. 30, 2019 (promo code: FALL19).

By the end of the spring semester, Kent State will have hosted more than 100 events, speakers, programs and exhibits providing insight into the history of May 4, 1970, its meaning today and its lessons for the future.Visit the 50th Commemoration website to learn more about upcoming events. Check back often for updates as we continue to release new events and information.