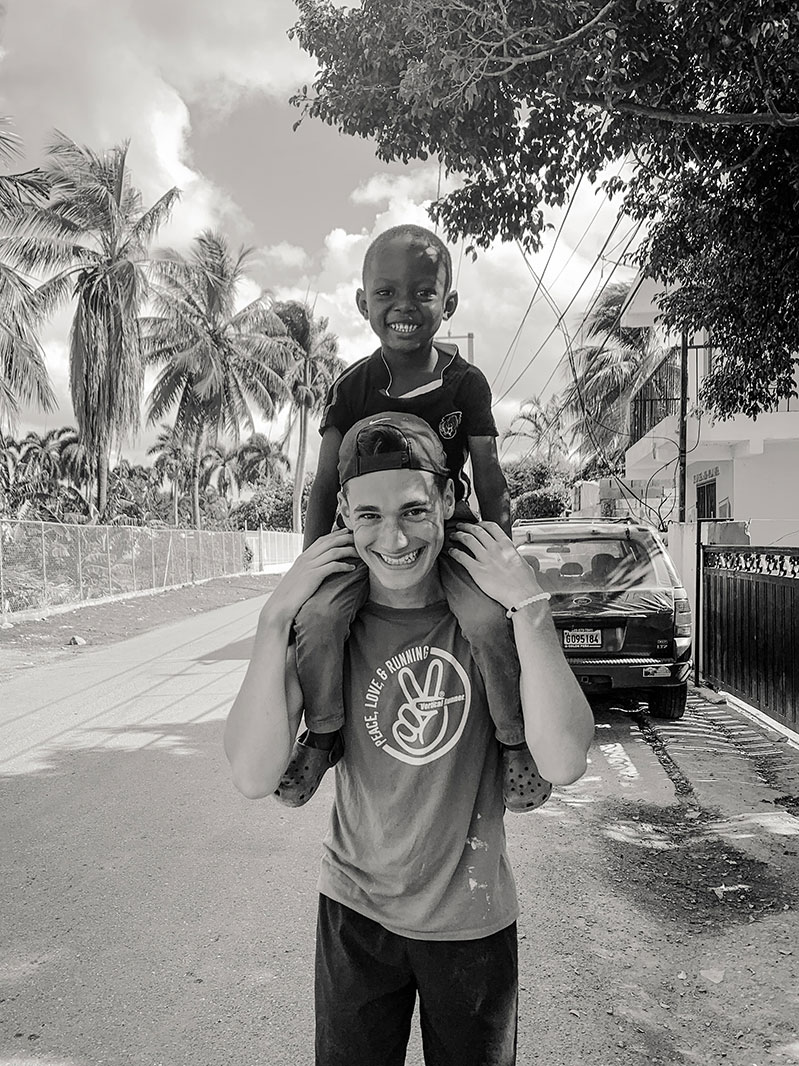 More than 20,000 people applied to be part of Kent State’s Class of 2023, and 4,270 now call themselves Golden Flashes. Three of every 10 students are the first in their families to attend college, while 20 percent come from 38 states outside of Ohio and from the District of Columbia. The class also includes 82 international students arriving from 29 countries.

Numbers aside, this incoming class arrives with a wide range of experiences and backgrounds, as exemplified by the following two students.

Michael Marhefka (Mansfield, Ohio) participated in the Young Entrepreneurs Academy, a national program offered for students in grades 6 to 12 who have a drive to launch their own businesses. A year ago, he created a clothing company that gave back to Destiny Rescue, a Christian organization dedicated to rescuing children trapped in exploitation and the sex trade.

His support of Destiny Rescue led him on a two-week adventure to the organization’s headquarters in Cambodia and Thailand. There, he discovered a passion for photography.

“This was my first time in a third world country, and I was heartbroken by a way of life that I was previously oblivious to,” Marhefka says. “I began taking photos, trying to remember every moment, journaling incessantly to preserve the sounds, the smells, the passion, the heartbreak.”

He returned from the journey with a strong desire to study photography and is a recipient of the Wallace J. Hagedorn Scholarship in Photography in Kent State’s College of Communication and Information.

“I want to use my abilities as a photographer to create new perspectives in people around me,” says Marhefka, “and to help organizations such as Destiny Rescue convey their mission and create a need for change.” 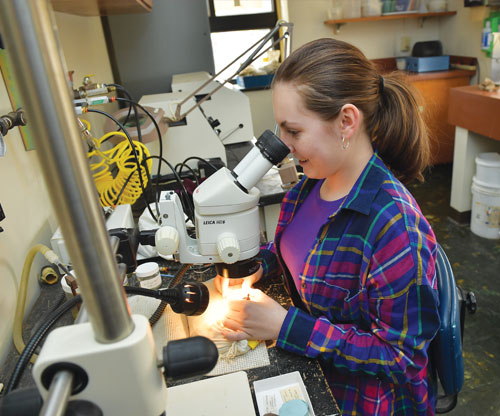 Megan Schinker (Stow, Ohio), got a jump on her peers by helping identify a tiny specimen of an extinct, 300-million-year-old, unknown crustacean. While still a junior at Stow-Munroe Falls High School, she participated in Kent State’s College Credit Plus Science Experience Internship program by working in Kent State’s geology lab with Rodney Feldmann, PhD, a Kent State professor emeritus of geology, who continues to teach graduate-level courses in paleontology and conduct grant-funded research.

Feldmann presented her with a tiny cyclid specimen to identify, and Schinker began comparing it to anything she could find in literature and online sources. The two requested samples and pictures of lost samples from all over the world and examined them closely, cataloging their physical and structural attributes. They couldn’t find a match—and began exploring the morphology of these cyclids.

Their research collaboration has led to articles in several scientific publications and presentations on their findings—and ignited Schinker’s passion for geology. Now a freshman at KSU, she plans to double major in geology and chemistry and continue her work in Feldmann’s lab.