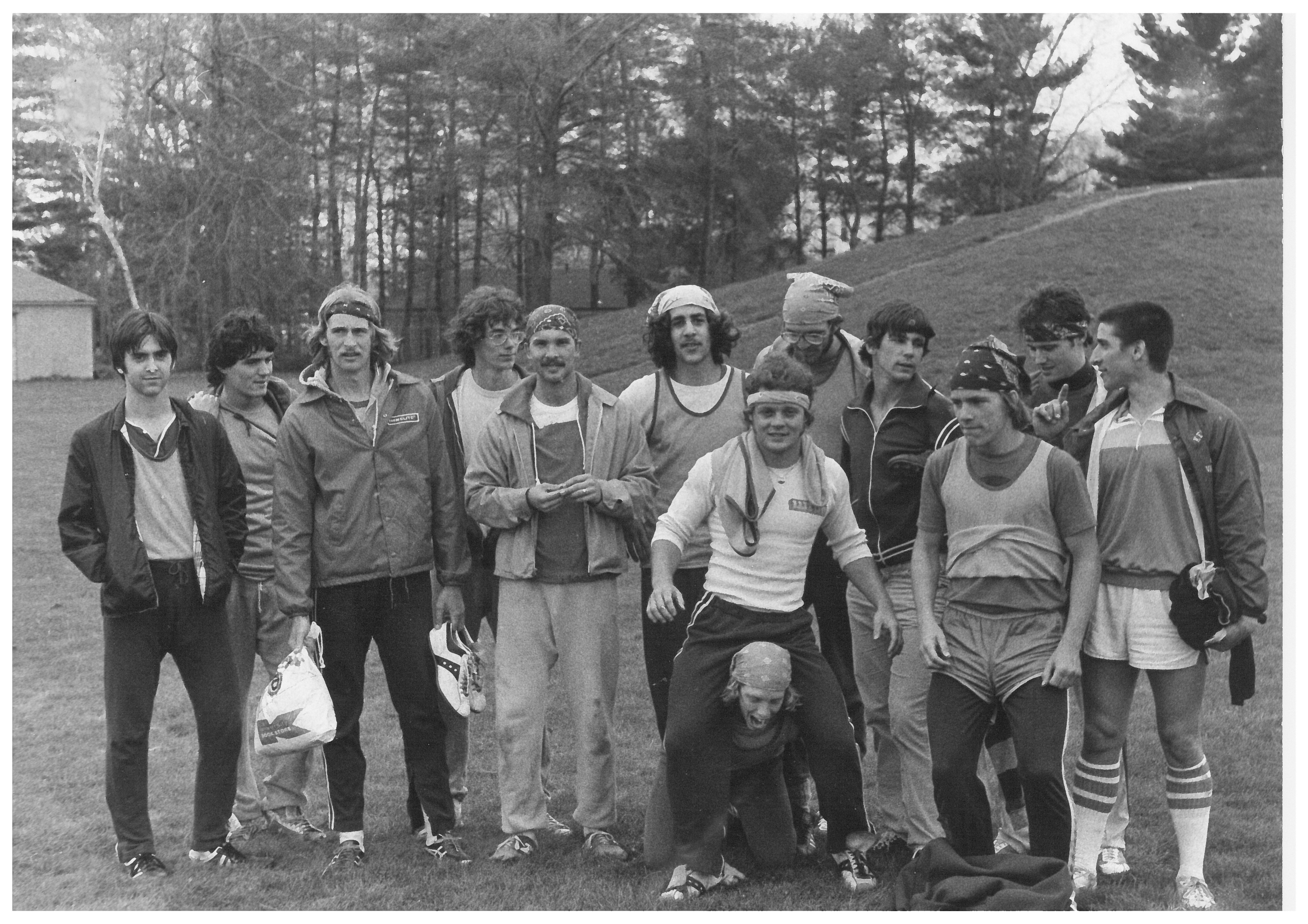 “I can only identify about half of the players, some just by first name,” says Jerome Wachholz, BS ’79, who sent in this photo of the team, taken in 1979. (He’s in the back row, with a bandana and glasses on, looking down.) Let us know if you recognize yourself!

This spring marks the 40th anniversary of Kent State’s Ultimate Frisbee team, says Jerome Wachholz, BS ’79, who alerted us to that fact and sent in the photo above. When he first attended Kent State in the winter of 1977, Wachholz joined the KSU Frisbee Club, which met in Wills gym.*

“That spring, The Aces, a Frisbee demonstration team from Illinois, put on a demo in front of the library and student center,” he recalls. “We invited some members of the Oberlin College Ultimate team, and they taught us the rules of Ultimate.” (The game of Ultimate Frisbee had begun at a high school in New Jersey in 1968 and spread to universities across the country in the 70s.)

A Kent State University Ultimate team was born. Players traveled to various colleges for matches and competed in tournaments at schools like Michigan State, the University of Pittsburgh and Ohio University.

“We all drove ourselves,” Wachholz says. “We registered as a club to get some gym time, but we didn’t have any funds from the university.” (Ultimate requires only field space and a disc—which is heavier and sturdier than the familiar recreational Frisbee, patented in 1958.)

The original KSU team had seven members, the minimum number of players required, which meant everyone played the entire game—although it is common practice to sub in players throughout the game because of the constant game play. “It was a lot of running,” says Wachholz. “The other teams couldn’t believe we were still standing.”

Although highly competitive, Ultimate is self-officiated and places the responsibility for fair play on each player. This emphasis on the “spirit of the game”—encouraging mutual respect among competitors, adherence to agreed-upon rules and the joy of play—is a defining feature of the sport.

Wachholz says that although they lost every game of their first tournament at Michigan State, they won their share of games as they progressed. And he had fun playing. “We didn’t have much in common other than the game,” he says. “But we all became friends and would stick around after practices and go for a beer now and then.”

Today, the Kent State Ultimate Frisbee Club has 18 members, and they still travel to tournaments at other universities. Most club funds come from dues paid by every member who has been on the team for more than one semester.

Senior Justin Kenney, an integrated social studies major and president of the Ultimate club, says the spirit of the game is just as important now as it was when Wachholz was playing.

“Playing the game without officials adds integrity,” says Kenney. “And there are no refs to be upset with, because we make our own calls.”—Lauren Rathmell ’17

*Wills Gym was the first dedicated gymnasium on the Kent Campus. Completed in 1925 and razed in 1979, its former site is now the parking lot behind Cartwright Hall.