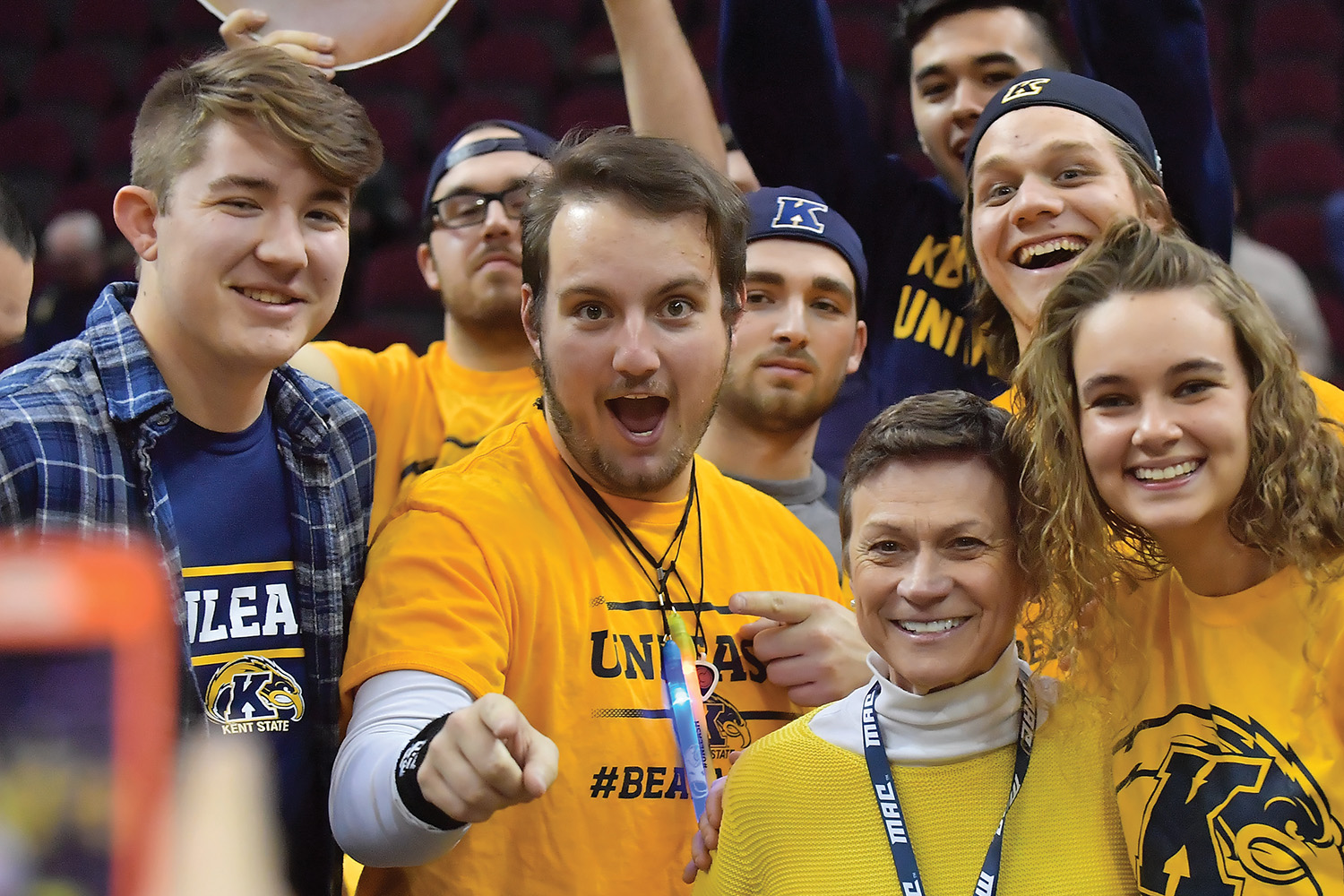 Kent State’s number one priority, as listed in its strategic roadmap, is “students first.” President Beverly Warren recently received an award for her efforts reflecting that emphasis.

At an awards banquet in St. Louis, Missouri, the National Association of Student Personnel Administrators (NASPA) presented her with the 2016 NASPA Region IV-East award for her outstanding performance as a university president in advancing the quality of student life on campus by supporting student affairs staff and programs.

“President Warren’s students-first focus permeates her efforts to improve the quality of the student experience,” says Shay Davis Little, PhD, Kent State’s vice president for student affairs, who coauthored the nomination with a student. In it she highlighted the university’s campaign to raise graduation and retention rates, the formation of a unified undergraduate student government across all Kent State campuses and the creation of a dialogue series, KENTtalks, to promote freedom of expression and civil discourse.

She noted Warren’s collaborative decision-making and accessibility to students via social media. After receiving a congratulatory tweet (#welldeserved), Warren tweeted back: “It is a distinct honor to have been selected for this award.”

With Warren as president, there’s a “change in the air” on all Kent State campuses, says KSU Undergraduate Student Government president Samuel Graska. “The culture on campus reflects [her] leadership.”