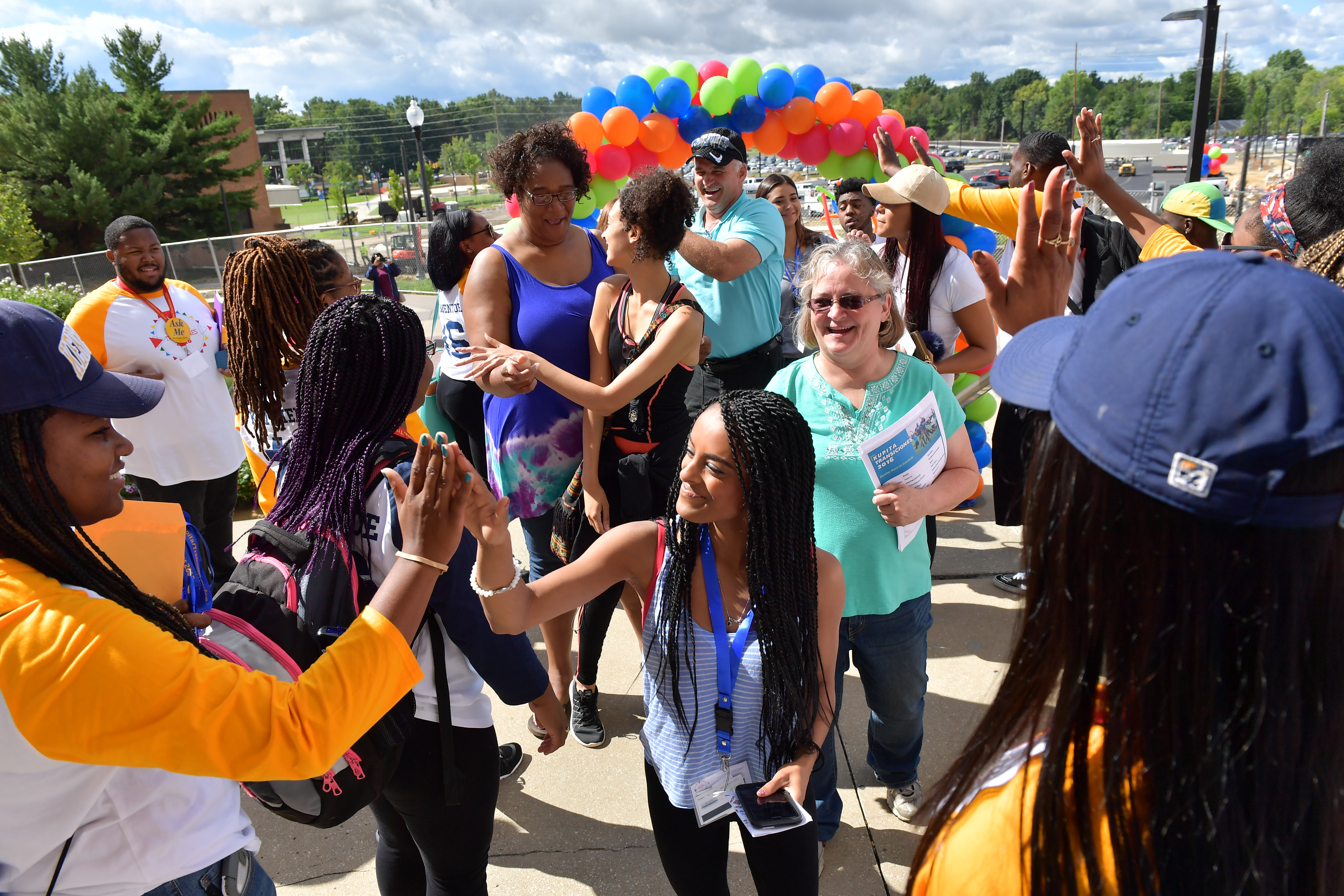 Before fall semester began, 275 students attended Kupita/Transiciones, a four-day orientation that has been hosted by the Student Multicultural Center since 1988.

The program helps African-American, Latino-American and Native-American first-year and transfer students transition to Kent State, with activities that introduce educational, cultural and social aspects of the university.

Michael Daniels, the center’s program coordinator, says this experience helps students develop a greater sense of their cultural identity and that of others.

“I felt a sense of belonging once I went through Kupita,” says Emanuel Jackson, a junior public relations major who now volunteers as a student mentor. “It was a deciding factor for me to stay at Kent State.”

After participating in Kupita (which translates to “passing” in Swahili) Natalia Roman, a senior applied communication major, got involved with diversity initiatives on campus. That led to an internship with the Student Multicultural Center—fulfilling a graduation requirement. “I tell students to stay open, meet a lot of people and get involved as much as possible.”

Back to Flash Forward Fall 2016