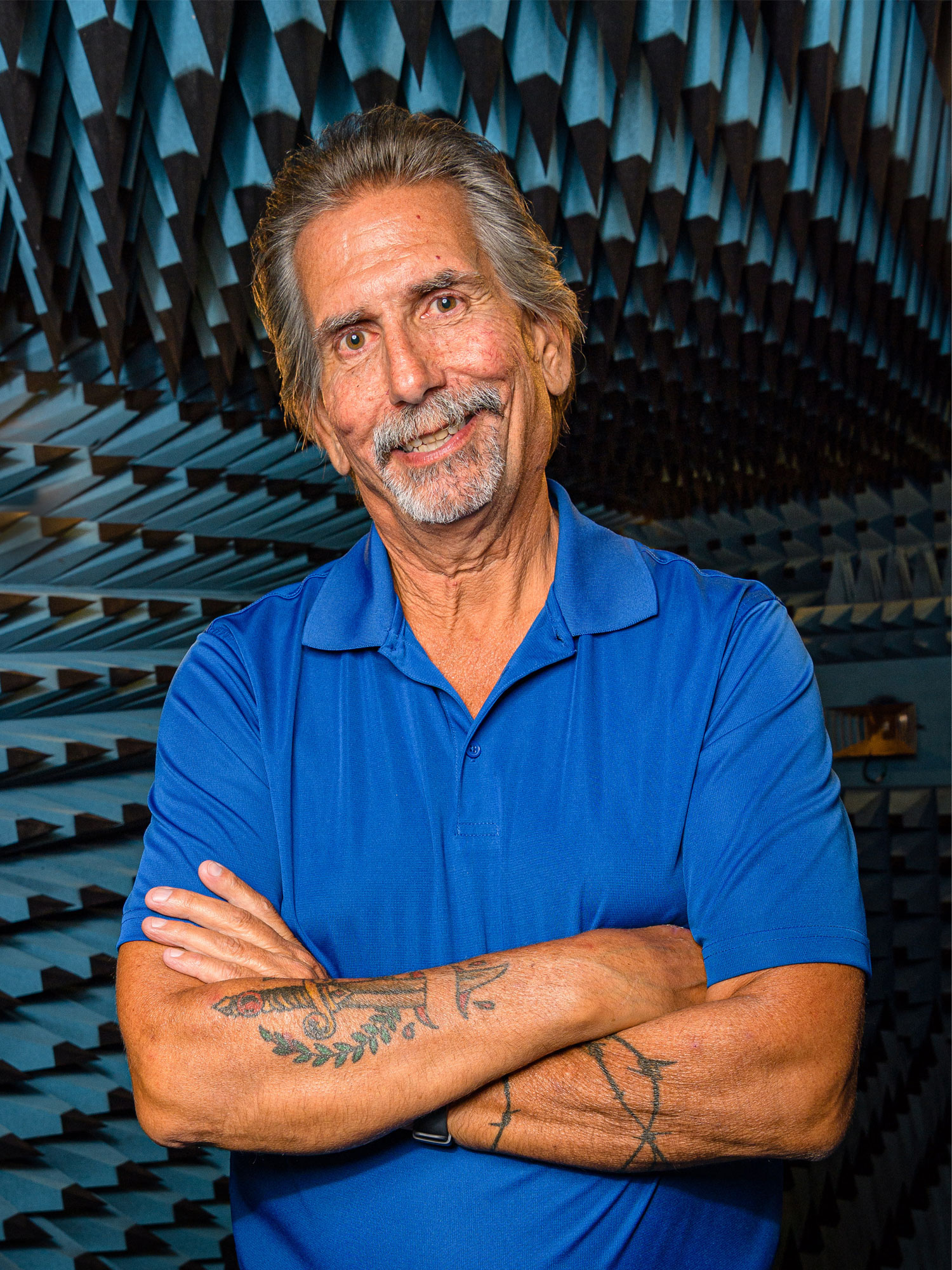 Jerry Pohmurski, BS ’88, was among the early pioneers of Wi-Fi—and he’s not done tinkering with it yet.

For many of today’s college students, there has never not been Wi-Fi. That amazing, ubiquitous wireless technology that makes our laptops portable and our movies streamable has only been in existence since 1999, thanks, in part, to Jerry Pohmurski, BS ’88.

A self-proclaimed “radio geek,” he was interested in ham radios and radio frequencies from an early age. His father, Joseph Pohmurski, was a professor of engineering at Kent State from 1969 to 1987, and Jerry Pohmurski grew up tinkering with equipment and components.

After graduating from Kent State with a degree in engineering, Pohmurski went to work at a small start-up company in Cleveland that was trying to integrate cell phone technology into a laptop.

When that company ran out of money, he ended up at a company called Telxon in Akron, Ohio, that made electronic handheld devices used for inventory control in warehouses. Telxon spun off another radio- based division called Aironet, also based out of Akron, that focused on wireless data communication.

“They wanted us to find a way to transfer the barcode data collected on the handhelds’ backup to their mainframe computer without using a physical docking device, using radio waves instead,” says Pohmurski.

“We wrote a little software program to do that and tested its limits by playing video games to see how much data it could handle without crashing. Video games chew up a lot of bandwidth. Basically, we broke it and then figured out how to fix it, time and time again, until we could send larger and larger amounts of data at faster and faster speeds.”

In 1995, Pohmurski became the liaison between Telxon and Aironet, which was part of a consortium of companies working on the original spec for Wi-Fi—there are hundreds of names on the spec called 802.11B. 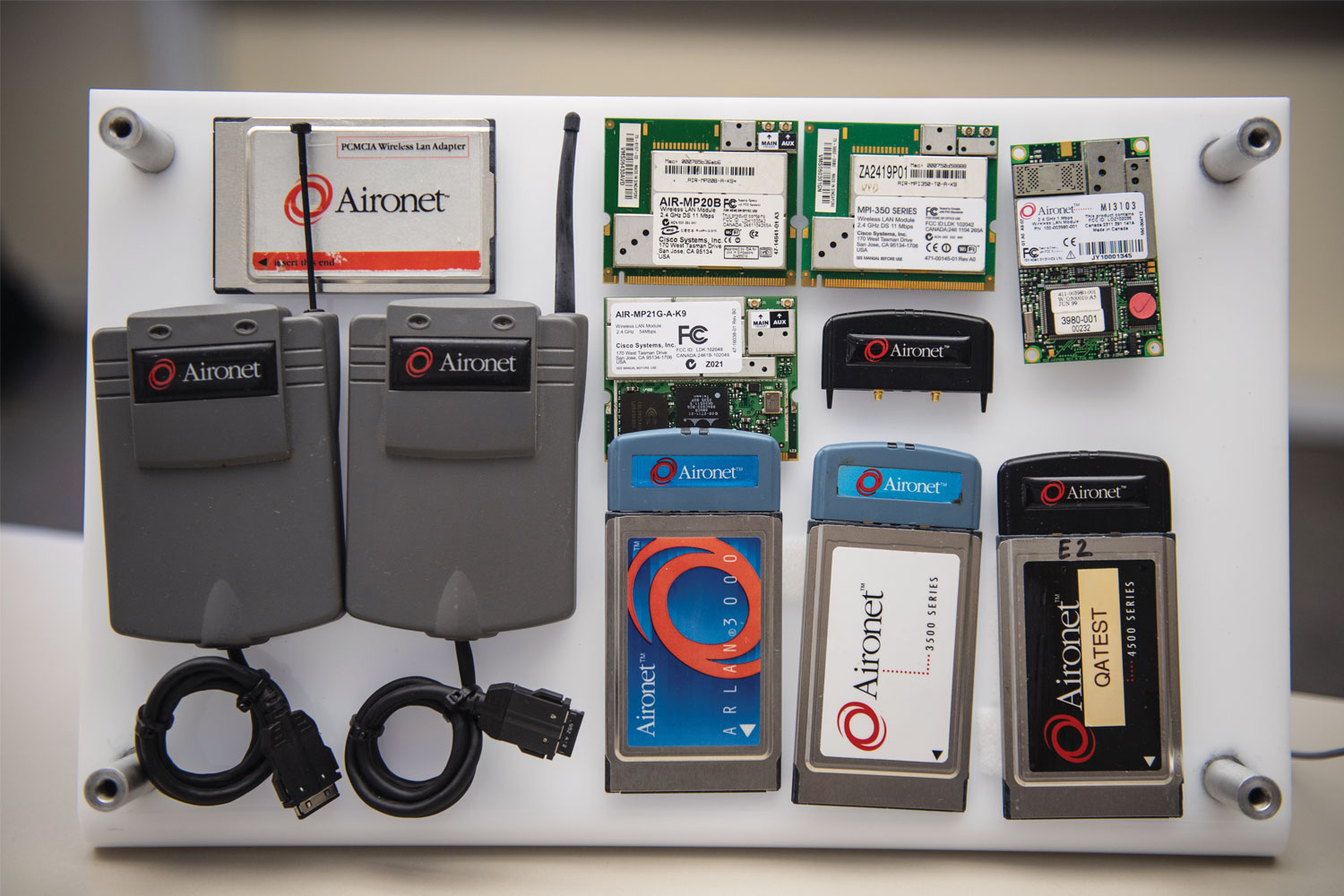 “We were conducting interoperability testing so that different devices could talk to each other,” he says. “That’s easy to do within one company, but we have to be able to talk to many different systems in the world and interact with them. We ran tests to ensure that everything worked together to get the spec to finally go through.”

Wi-Fi wasn’t actually called “Wi-Fi” in the beginning; it was known by the acronym WECA (for Wireless Ethernet Compatibility Alliance - 802.11B direct sequence). By 2000, Pohmurski was working as an engineering manager for Cisco, which had acquired Aironet that March.

“Needless to say, my boss at Cisco wanted a name that was a bit more flashy,” he says. “He hired a marketing firm, Interbrand, to come up a better name, and they came up with seven options, one of which was Wi-Fi.”

When his boss went to Seattle to pitch Microsoft, he gave them the names. “I think Bill Gates was the one who picked Wi-Fi,” Pohmurski says. “The thing is, it doesn’t really stand for anything. It was just a take-off on hi-fi [high fidelity]. Just a catchy name.”

Although he got to know many of the people working on Wi-Fi development and remains friends with several of them, Pohmurski, one of the top experts in 802.11 wireless test and quality, says none of them thought Wi-Fi would become the commodity that it is now.

“We never, ever thought that the technology would be in such wide use as it is today. It just never occurred to us,” he says. “We didn’t start out to do what it has become today, it just happened. In 2003, when people started using it in their homes, is when it really took off.”

Pohmurski and his co-workers have formed lasting relationships that have spanned many years. They play in bands together and golf together.

“I met so many cool and smart people who could do all kinds of amazing things,” he says. After several years with Cisco, then directing new product development at a communications company, Pohmurski worked as a consultant and is now officially “retired.” But lately his friends have reached out to him to work on some new applications for Wi-Fi.

"Basically, we broke it and then figured out how to fix it, time and time again, until we could send larger and larger amounts of data at faster and faster speeds.”

“I have some ideas I’d like to explore,” he says. “So many things have been created as an offshoot of Wi-Fi, especially in the medical field. We’ll throw them against the wall and see what sticks. Should be fun.”

Pohmurski is keeping those ideas under his hat for now, but stay tuned. The future is still being made in Wi-Fi, so don’t be surprised if the name Jerry Pohmurski pops up again as part of the “next big thing.”