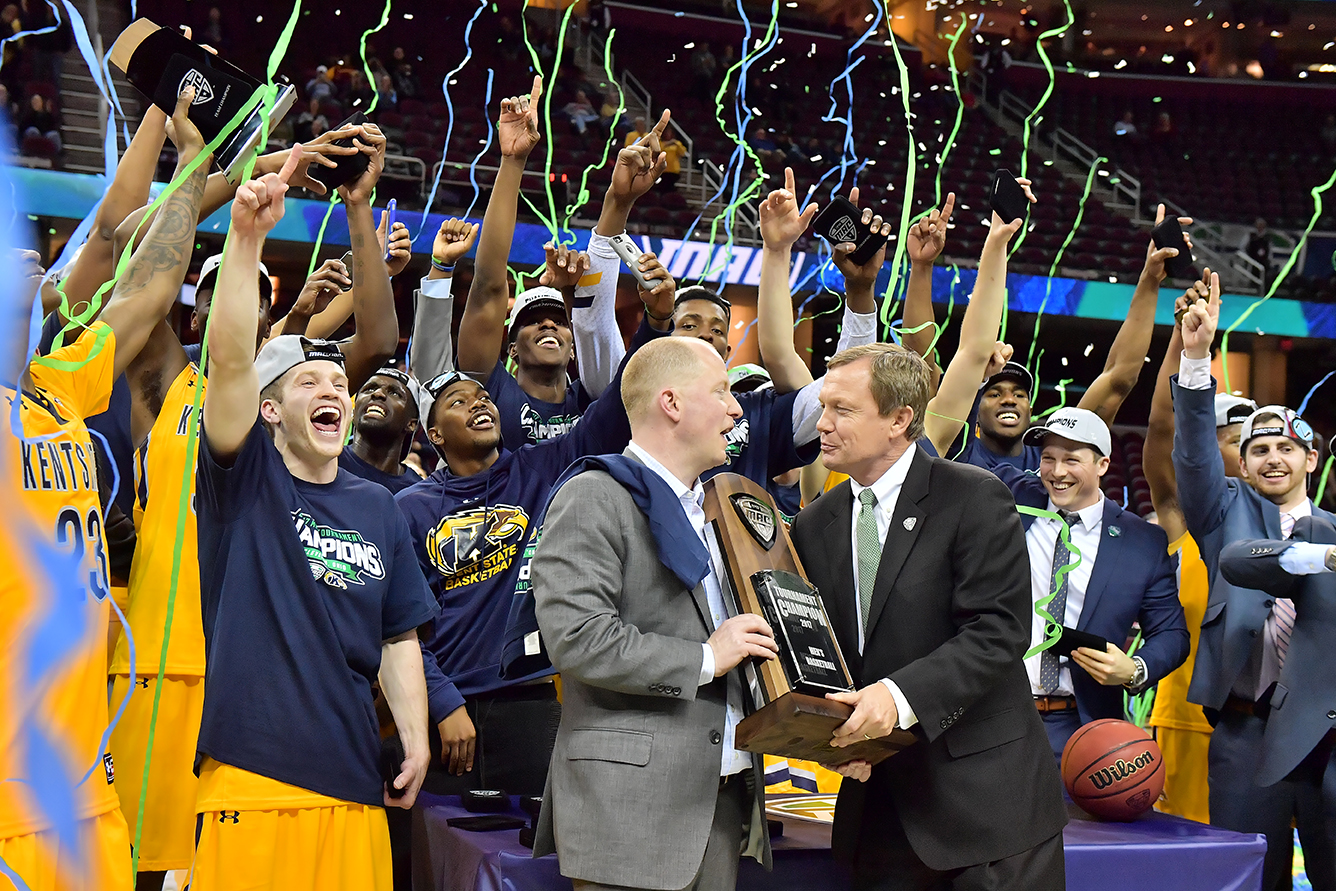 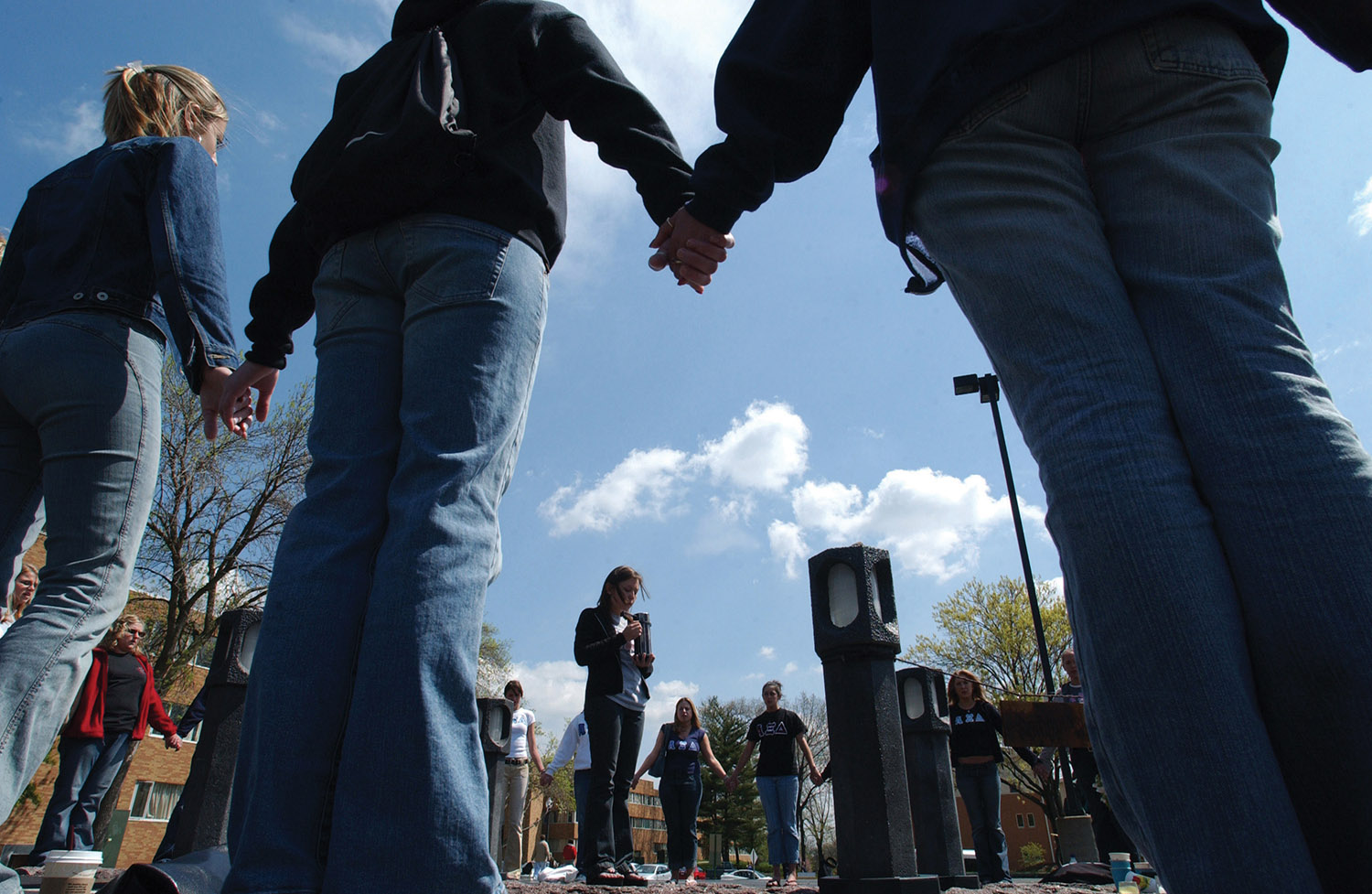 Students gather at the site where one of four students was killed on May 4, 1970, during a student protest of the Vietnam War. On January 11, 2017, then U.S. Secretary of the Interior Sally Jewell announced the designation of the May 4, 1970, Kent State Shootings Site as a National Historic Landmark. (See President Warren’s column for more about this recognition.) 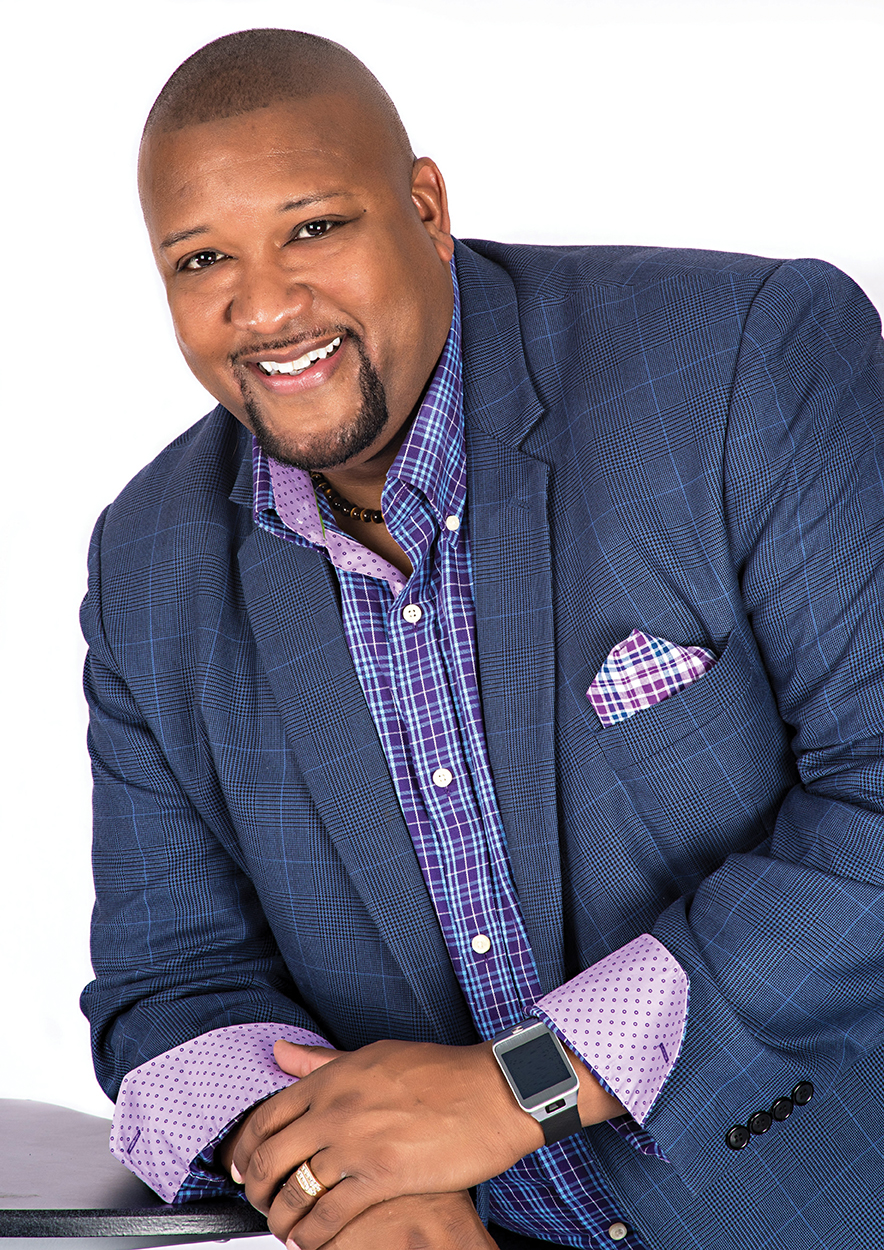 “There’s an old African proverb that says, ‘From afar, I thought he was a monster. When he got closer, I thought he was an animal. When he got even closer, I realized he was a human being. But when we were face to face, I realized he was my brother.’ Distance demonizes. But when you’re face to face, it’s hard to hate up close.”

Kent State University was recognized for several achievements recently, including: 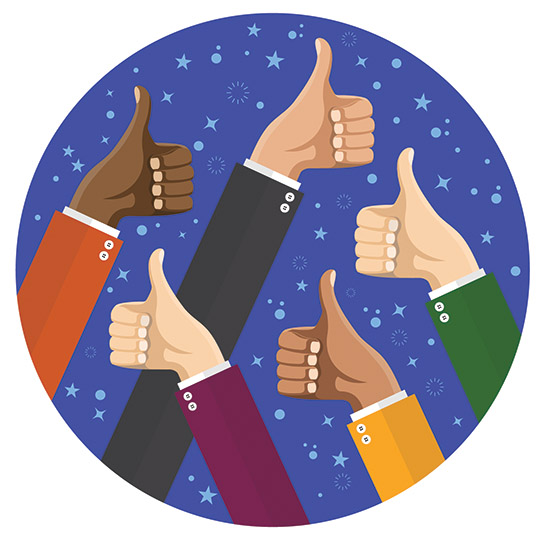 From research to real world: Kent State experts noted in the media

“As a general rule, blood pressure fluctuates throughout the day—it hits its lowest point around bedtime and its highest when you wake in the morning, says J. David Glass, PhD, a circadian biologist at Kent State University. If you’re keeping your eye on your blood pressure to help your doctor decide whether you need medication, you could get an inaccurate picture by taking your reading just once a day. ‘If you’re measuring it yourself, it’s best to do it in the morning and evening,’ Glass says, ‘Be sure to do it at the same time each day—don’t bounce around.’ Taking the two readings could make a difference between your doctor prescribing blood pressure drugs and advising you to stick with diet and exercise, he says.”

—“The Very Best Time to Do 14 Common Healthy Habits, According to Science,” Reader’s Digest

Pick Up the Pace

“Researchers at Kent State University say cell phones might actually be bad for your health. It’s not the cell phone itself, but how and when it is used, say Jacob Barkley, PhD, and Andrew Lepp, PhD [who observed hundreds of students as they walked through a marked area]. ‛If they were using their phone to talk or text for the entire portion of the walkway . . . we saw about a 10, 12 percent reduction in walking speed,’ Barkley said. . . .‛If [walking] is your only form of exercise and you are using the phone while doing it, you are reducing its benefits,’ Lepp said.”

Student Approved
President Warren received the 2016 NASPA Region IV-East award in St. Louis, Missouri, for her outstanding performance as a university president in advancing the quality of student life.