Home is where the hype is! The Memorial Athletic and Convocation Center (MACC) was packed with a sold-out crowd of 6,327 fans on January 21, when Kent State Athletics unveiled a new “Gameday Experience” as part of its rebranding launch.

New gameday activities and additions were revealed at the Kent State men’s and women’s basketball games against the University of Toledo—and the men’s team rolled to an 85-61 win over Toledo and the women’s team beat them 70-60.

“When you have an unbelievable atmosphere like this, how can you not play as hard as you can?” says men’s basketball head coach Rob Senderoff.

Highlights from the games include: 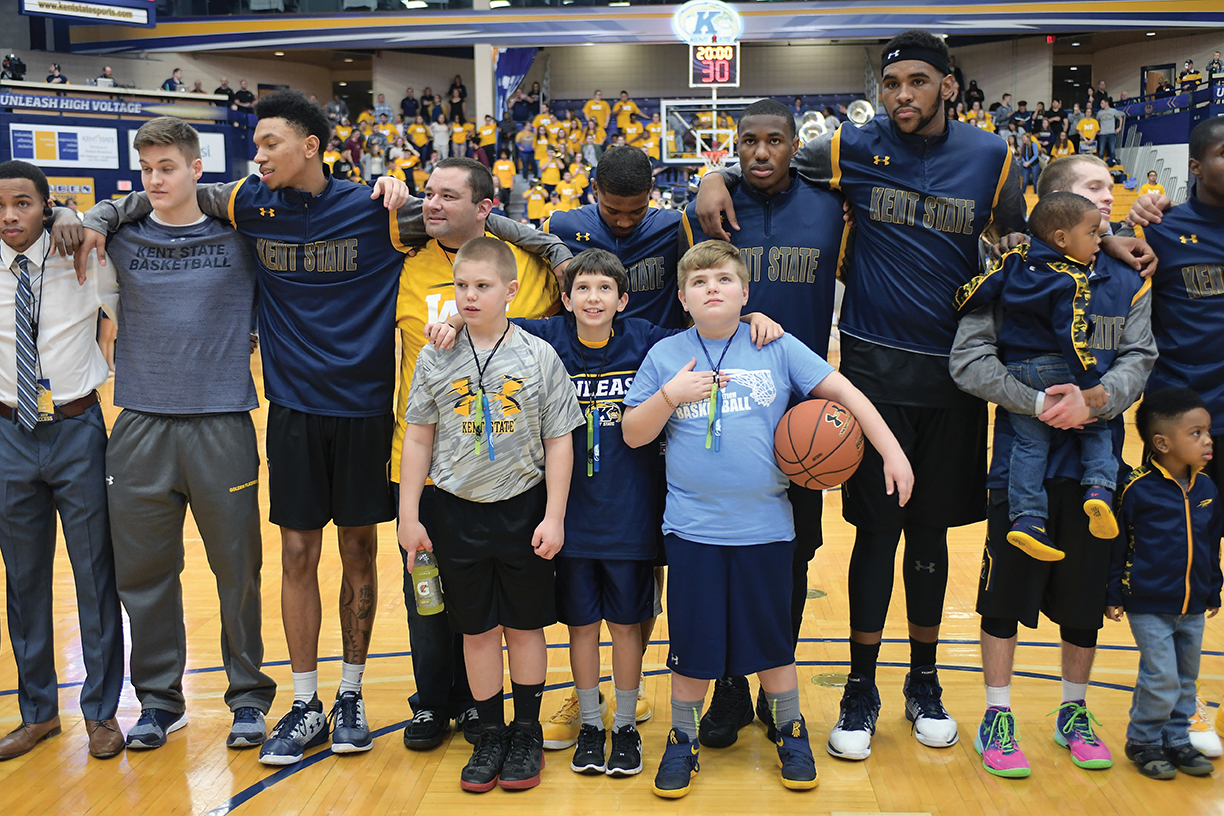 1. STAND WITH KSU Prior to singing “The Star-Spangled Banner,” student leaders and student groups circle the court and men’s basketball team members select fans from the crowd to stand with them in solidarity during the singing—a new tradition that began at the home-opener. 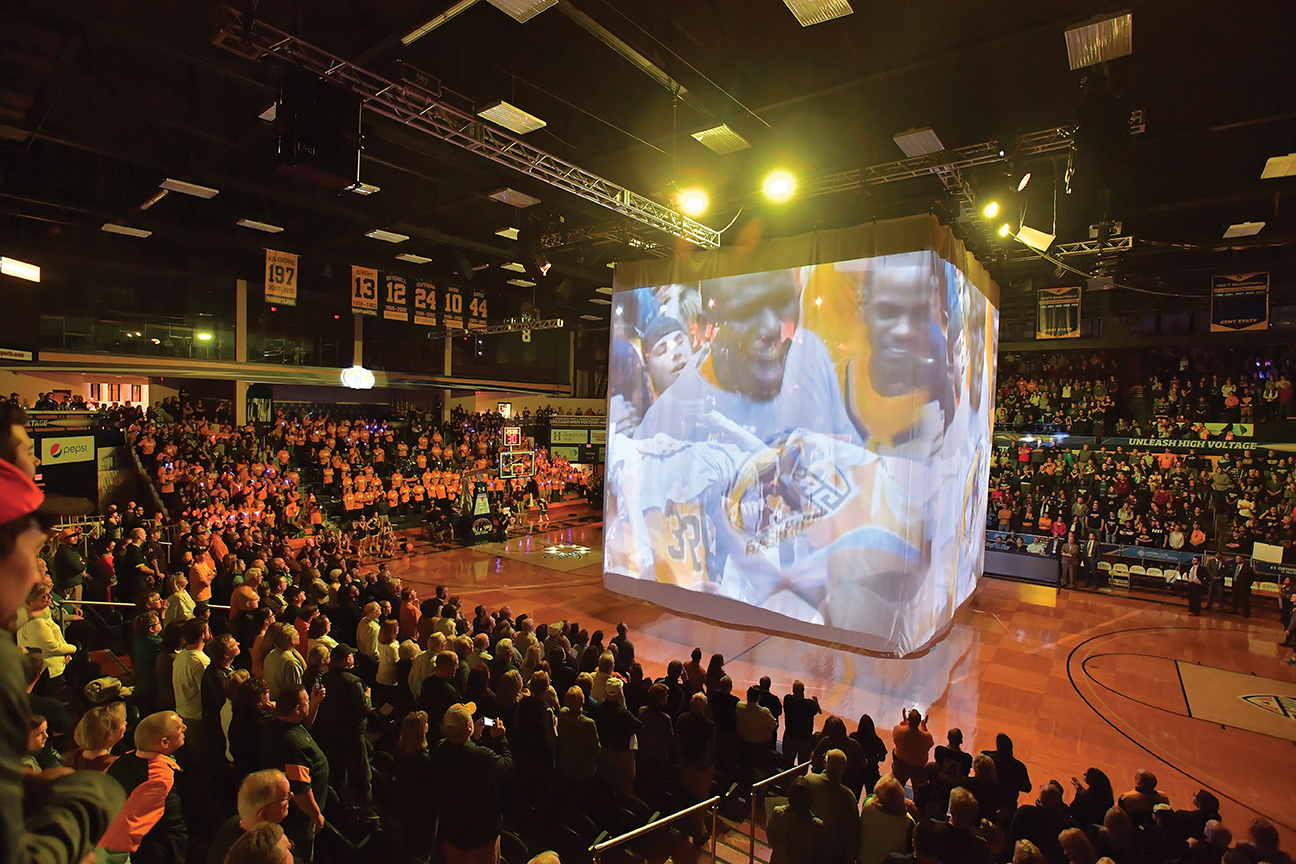 2. HYPE VIDEO After President Warren leads the crowd in a countdown, the new basketball “Unleash” video plays on screens that drop from the ceiling in the middle of the court. The video’s finale has fans shining the flashlights on their cellphones and chanting, “Let’s Go Kent!” 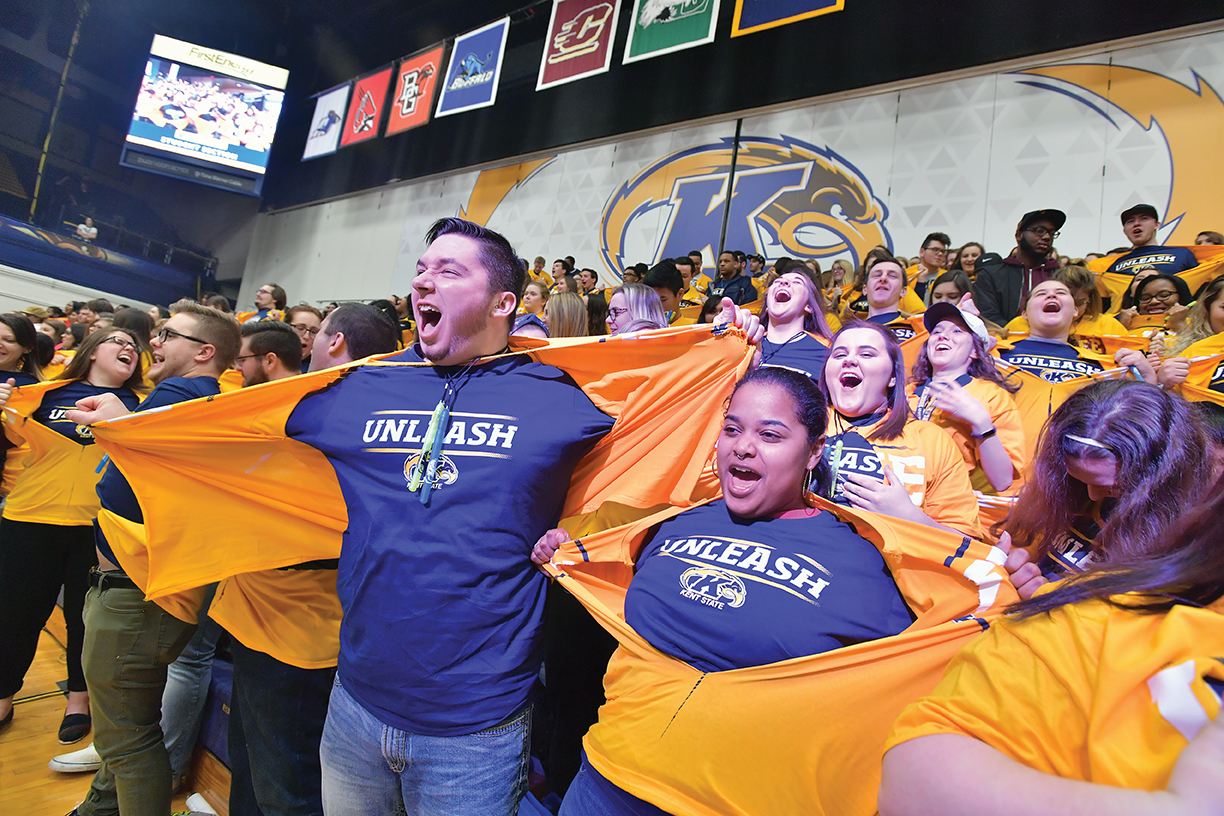 4. MACC LOBBY MAKEOVER As Golden Flash fans enter the MACC, they are greeted by cheerleaders, balloons and a brass band. Newly designed banners and lighting add to the festive feel. 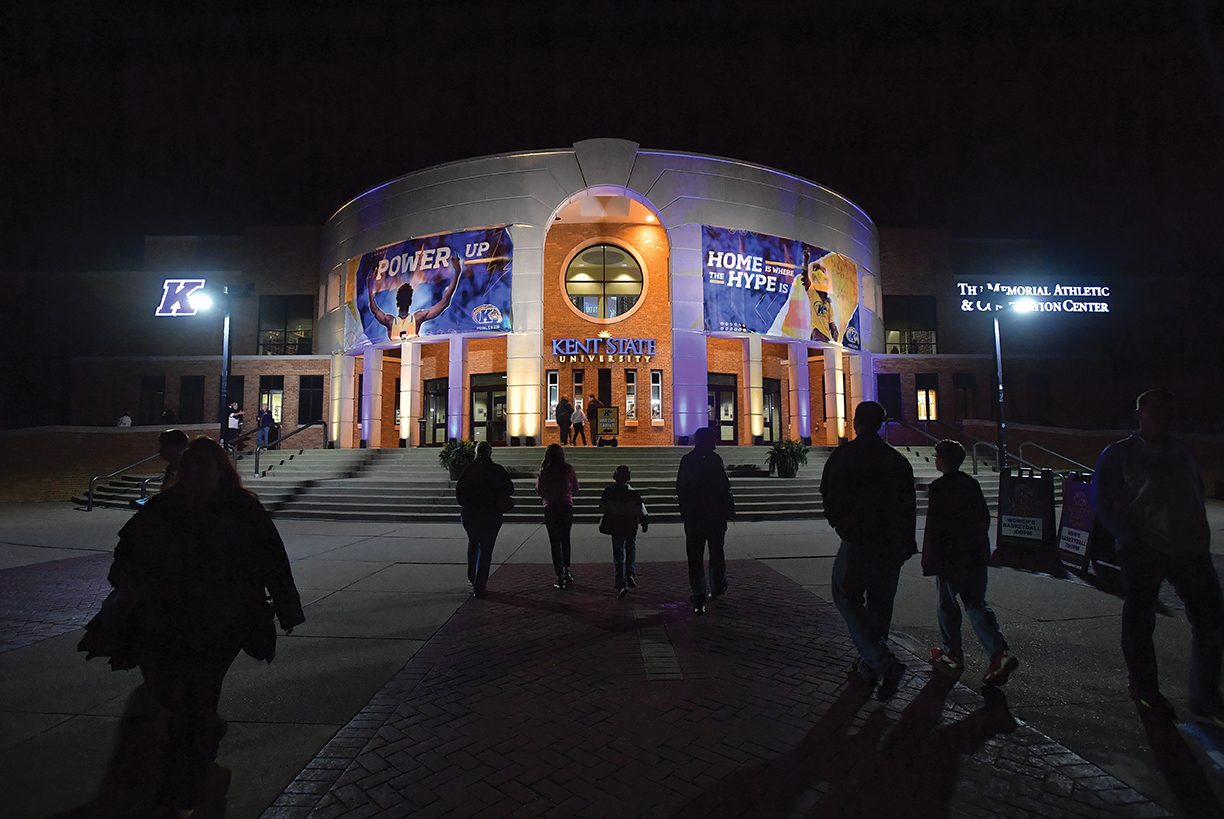 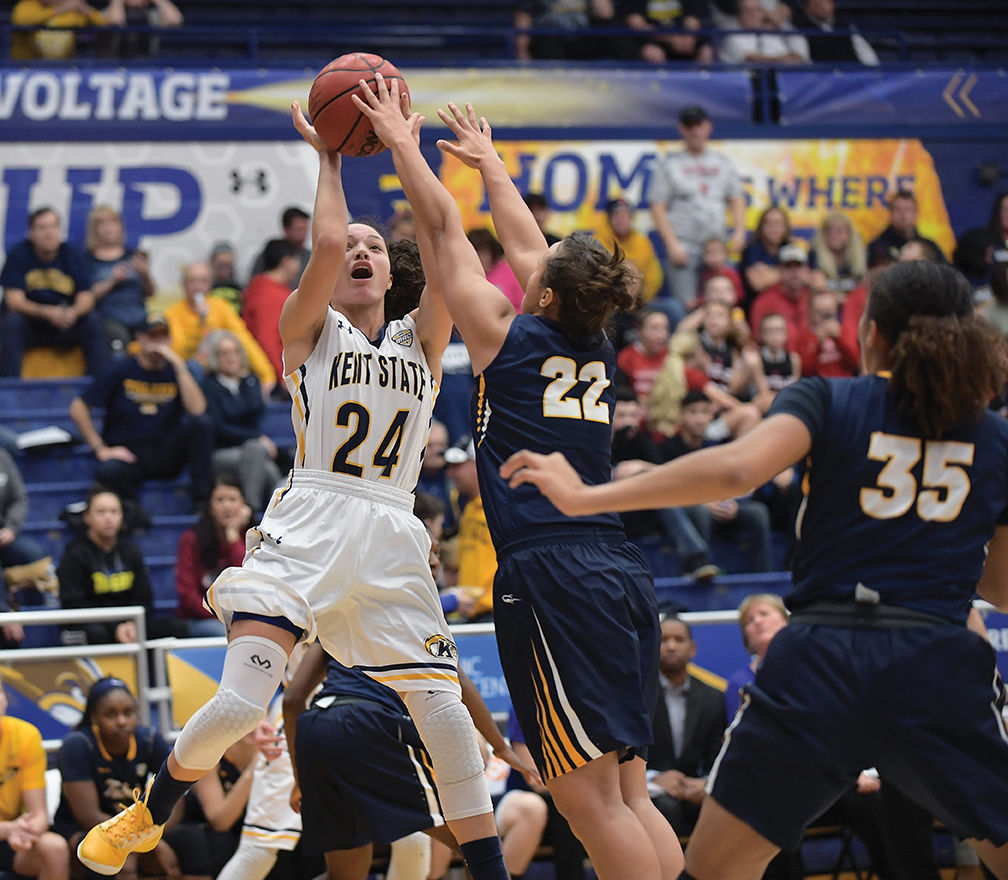 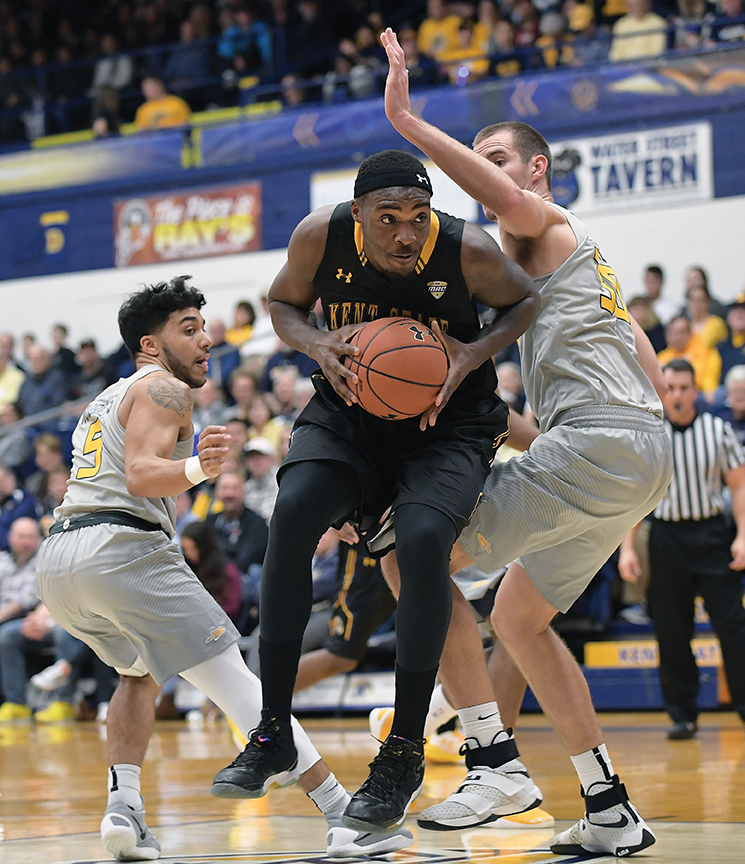 7. MEN WIN Senior forward Jimmy Hall ducks under a Toledo defender on his way to the basket and a game-best 27 points, pushing him into the list of Kent State’s top-10 scorers of all time.

View the hype video that played before the men's game: