A liquid crystal research group at Kent State University is knocking on the doors of the biomedical industry with its current project. The recent publication of research on “Directional self-locomotion of active droplets enabled by a nematic environment” explains a technique of controlling bacteria movement with liquid crystal structures that could have a potential impact in many areas of research and medical care. 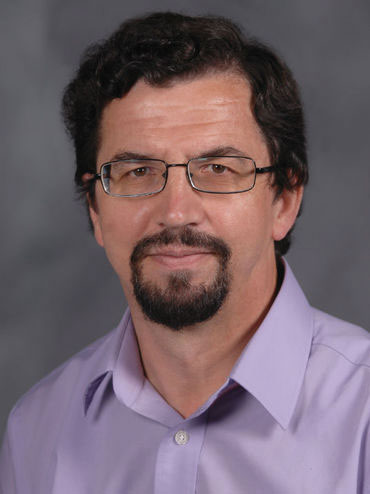 Oleg Lavrentovich, Ph.D., and a team of graduate students published research in the science journal Nature Physics in October. The study describes the mechanization of a structurally fixed liquid crystal to propagate directive movement in a water droplet containing bacterium.

“We are trying to create the full functionality of the droplets,” said Lavrentovich, trustees research professor in Kent State’s Advanced Materials and Liquid Crystal Institute.

Lavrentovich explains that bacteria in a water droplet move chaotically with no uniform direction. However, by placing the droplet within a liquid crystal, which has orientationally aligned  molecules, they are able to force directed movement of the droplet.

Lavrentovich explained that through this technique, a small droplet can be sent along a specific and premapped pathway through the liquid crystal medium.

The distortion is described as a Saturn Ring structure, and the horizontal alignment of the liquid crystal distorts further as the ring shrinks to eventually become a point on the left or right side of the spherical droplet (in the sketch the point is on the right side of the droplet). This distortion creates head-tail asymmetry, which determines the direction of the droplet propulsion. 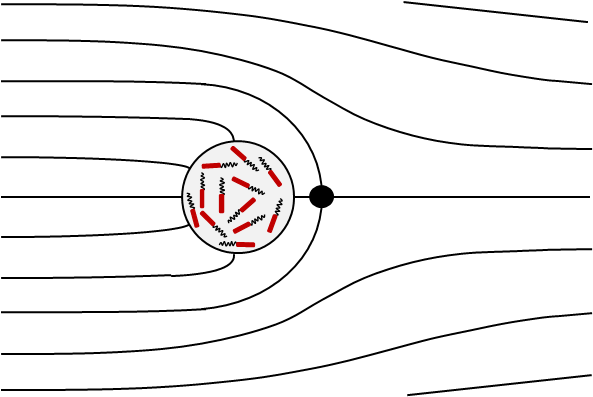 The asymmetry of left and right in the liquid crystal structure drives the direction of the droplet with swimming bacteria inside.

Lavrentovich explained that by aligning liquid crystals in a mapped pattern the bacteria droplet will follow along the fixed molecules like a train on a track.

“We can pattern the liquid crystal to have any specific configuration,” Lavrentovich said. “The active droplets can move along predesigned trajectories.”

Using this model the speed, movement, and even where the droplet stops can be controlled by designing patterns of liquid crystal alignment.

“We can make the droplet move along any direction we want and put them on any trajectory, and we can force them to stop wherever we want,” Lavrentovich said. “If a droplet was carrying a specific cargo, then it might be able to drop this cargo off at some specific place, like a bus stop.”

Lavrentovich says that this technique could be strategized in medical fields, such as a targeted anticancer drug injection that attacks only the tumorous tissues. It may also be used to assist the growth of human tissues and form their specific alignments.

However, “It will be 30 to 50 years before this could be practical,” Lavrentovich said.

Lavrentovich explained that liquid crystal research has previously centered around informational technology applications. Liquid crystal displays in laptops, televisions and phones have been studied and worked on extensively, but the entrance into the biomedical field is relatively new for liquid crystals researchers.

“There is not much new stuff in liquid crystal displays for scientists to explore,” Lavrentovich said. “We are looking for other applications, it’s only been around 5 to 10 years that people have begun to look at liquid crystals for biomedical applications.”