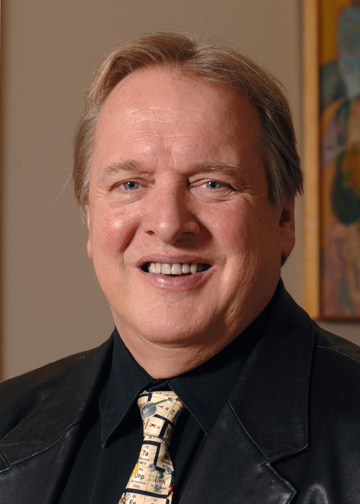 The professorship will include teaching, advising students, continuing research, involvement in university committees, and participation in regional business and community groups and initiatives. West will continue to hold tenure in Kent State’s Department of Chemistry. The Kent State Board of Trustees approved the action at its last meeting on March 14.

“I’m honored by the support for the work I’m doing,” West said. “This position will allow me to focus not only on further research into liquid crystals, but also to engage with the external community to see how it is translated into support for the region’s economic development and growth.”

West joined Kent State in 1984 as a senior research fellow of the Liquid Crystal Institute (LCI). He served as director of LCI and the National Science Foundation Science and Technology Center for Liquid Crystalline Optical Materials (ALCOM) from 1996 to 2002, and served as vice president for research and dean of graduate studies at Kent State from 2003 to 2010. During that time, he worked with NorTech to establish FlexMatters, a collaboration designed to support the growth of the flexible electronics industry in Ohio.

“I’m very excited about where things are going,” West added. “It’s great to see companies such as Kent Displays and AlphaMicron moving into significant commercialization. Now it’s time for another round of innovations in the liquid crystal field, perhaps in new areas such as medical diagnostics and biomedical applications.”

West recently spent a year splitting his time between Kent State and Central Washington University, helping the latter with evaluating and establishing a research foundation. He returned to Kent State on a full-time basis last fall.

“I think there are huge opportunities out there for liquid crystals to be applied in a number of new and different areas,” West said.