The history of children's clothing reflects the attitude of adults toward childhood, as, until very recently, children had no voice in the matter. Prior to the late 18th century, children were dressed as miniature adults, in garments which limited their physical freedom and imposed societal restrictions on their behavior. From birth, infants were tightly wrapped in swaddling clothes, which immobilized their limbs. Toddlers were put into smaller versions of their parents' clothing, a practice which reflected the prevailing view that childhood was an undesirable prelude to adulthood, to be gotten through as soon as possible.

Until the social revolution of the late 18th century, rigorous and sometimes violent child-rearing practices encouraged early conformity to adult standards of behavior. Parenthood was not necessarily a positive experience when multiple uncontrollable births were the norm and women frequently died in childbirth. Infant mortality was high; less than half the children born survived until age 5, and half of the remainder never reached age 10. Offspring were often seen as "imps of Satan" or the result of original sin. Because the average life span was only 30 years, children were forced into early adulthood, usually between the ages of 7 and 9, depending upon their social status. Early maturity was a necessity since working class 5 year-olds could be employed 14 hours a day to help support their families.

In opposition to common practices, philosophers and educators such as Erasmus (c.1466-1536), Ascham (1515-1568), Komensky (1592-1670) and John Locke (1632-1704) wrote important treatises on the education of children, condemning the use of fear and violence in teaching, and proposing age-appropriate methods and respect for the child. The movement for children's rights gained momentum and international recognition in 1762 with the publication of Jean-Jacques Rousseau's best-selling and controversial novel Émile. In his writings, Rousseau depicted childhood as a purer state of being to be cherished instead of despised and embraced for its potential for happiness and playfulness. He went further than other reformers and characterized children as individuals in their own right.

The emancipation of the child started a revolution in dress that would eventually lead to greater freedom and informality in clothing for both adults and children. In the late 18th and early 19th centuries true children's wear emerged. This form of dress bore no resemblance to adult clothes and aimed to provide comfort and convenience for the young. Styles included the light-colored cotton "skeleton suit" for boys and the uncorseted high-waisted dress for girls, both of which were to have a strong impact on later adult styles.

The pendulum swung back to discomfort in the 1820s when children were again subjected to the whims of adult fashions. The industrial revolution enabled a rising middle class to practice a new level of ostentation, in which children were again used to indicate the social status of their parents. Victorian materialism put girls back into crinolines and bustles, and both young boys and girls into stays, long hair and numerous petticoats. Older boys wore tunics, short pants, trousers and a variety of military-style uniforms, which at times provided ease and comfort. However the emphasis was no longer on the child's welfare and needs. Children were dressed in elaborate garments and hats, high-heeled narrow shoes, and heavy, stiff, dark fabrics until the end of the 19th century, despite the opposition of dress reformers.

During the 19th century child labor laws and social welfare programs began to remedy the numerous wrongs inflicted on children, but the next great social change did not occur until the 20th century when the First World War triggered a relaxation of manners and simplification of dress for all age groups. An interest in psychology in the 1920s brought about revised attitudes toward children and their development. At the same time, a new fashion for sports, fresh air and sunshine, and the growing ready-to-wear industry contributed to the adoption by adults of simpler, more comfortable, active styles that had been devised for children. The cult of youth would become the dominant social trend of the later 20th century and sportswear would blur the differences between children and adult styles. 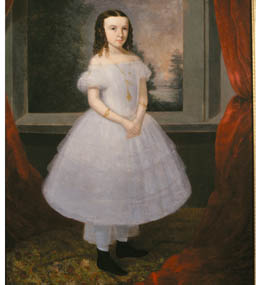