The “Fashion Timeline” showcases the Kent State University Museum’s world-class collection of historic fashions. Encompassing over two centuries of fashion history, this exhibition is designed to show the evolution of styles and silhouettes while contextualizing the pieces with relevant political, technological and cultural developments. While the display is a permanent feature at the museum, the individual pieces are rotated frequently so there is always something new to see!

Click here to see the virtual timeline that accompanies the exhibit.

The first gallery spans the late-eighteenth and early-nineteenth centuries. This was a period of revolutionary change that can clearly be seen reflected in the fashions. The American and French Revolutions radically changed the political landscapes while the industrial revolution transformed how goods, particularly clothing and textiles, were made. The luxury and rococo excesses of the eighteenth century gave way to the romanticism and neoclassicism of the early nineteenth century. The next room includes the second half of the nineteenth century to the dawn of World War I. Synthetic dyes opened up a world of color and the sewing machine facilitated the application of yards of ruffles, pleats, and fringe. The upholstered, heavy styles of the Victorian era eventually gave way to Edwardian froth and lace.

The final two rooms conclude the timeline with fashions of the twentieth and twenty-first centuries. While the early years of the twentieth century may have been a period of world wars and depression, fashions also reflected the heydays of jazz and swing, the boldness of Art Deco, and the endless possibilities of technology from plastics to rockets. The final gallery brings the fashions up to the present day. The end of the twentieth century saw a multitude of social changes which resulted in a greater range of acceptable styles for both women and men. Ready-to-wear clothing has become the rule so every garment has a label whether from a famous designer or a fast fashion retailer. 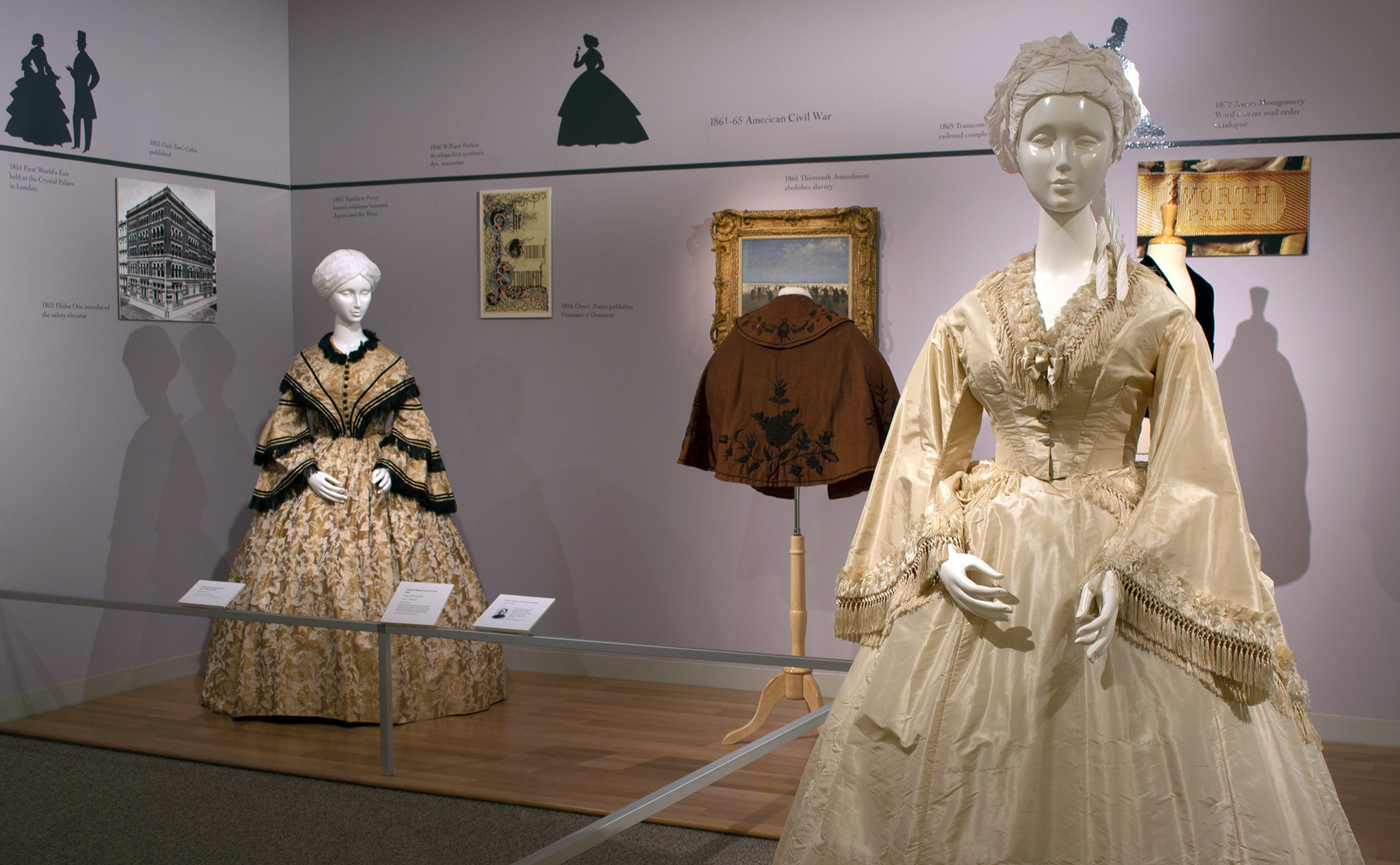