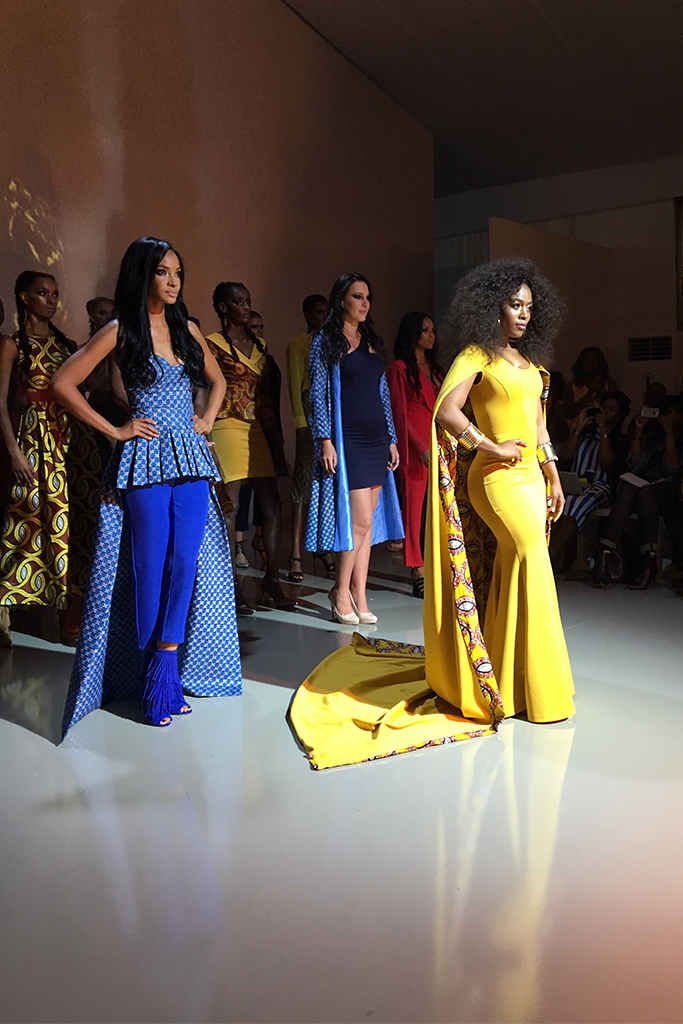 The exhibition, Fashions of Southern Africa, brings together the work of fashion designers currently active in South Africa and Namibia to showcase the ways that people in southern Africa dress, make clothes and think about fashion. The exhibition looks beyond a simple binary between “western fashion” and traditional African dress to see that there is original distinctive fashion in Africa.

News coverage concerning Africa often focuses on the challenges the continent faces with poverty, disease and war. Far less attention is paid to the fact that Africa boasts the fastest growing middle class in the world. With this increasing spending power, sectors such as the fashion industry have the potential to see enormous growth in the years to come. This exhibition brings together established designers and many emerging young designers who represent the region’s future. Fashion is no longer directly dictated out of Paris, New York and London. These brilliant African designers bring fresh perspectives on style and fashion.

The fashion industry in Namibia is less developed than that of neighboring South Africa. To compete against the dominance of global fashion brands, talented designers in Namibia such as Maria Caley and Quin-Leigh Hammond draw from elements of traditional Namibian culture in their designs. The exhibition also features clothes from My Republik, an emerging brand which currently has two stores in Namibia and is poised to open more, including in neighboring countries, Botswana and Zambia.

The funding for the project came in part from the Catalyst Interdisciplinary Project Grant from the College of the Arts. The exhibition is part of a larger series of events in partnership with the Department of Pan-African Studies and the Fashion School.