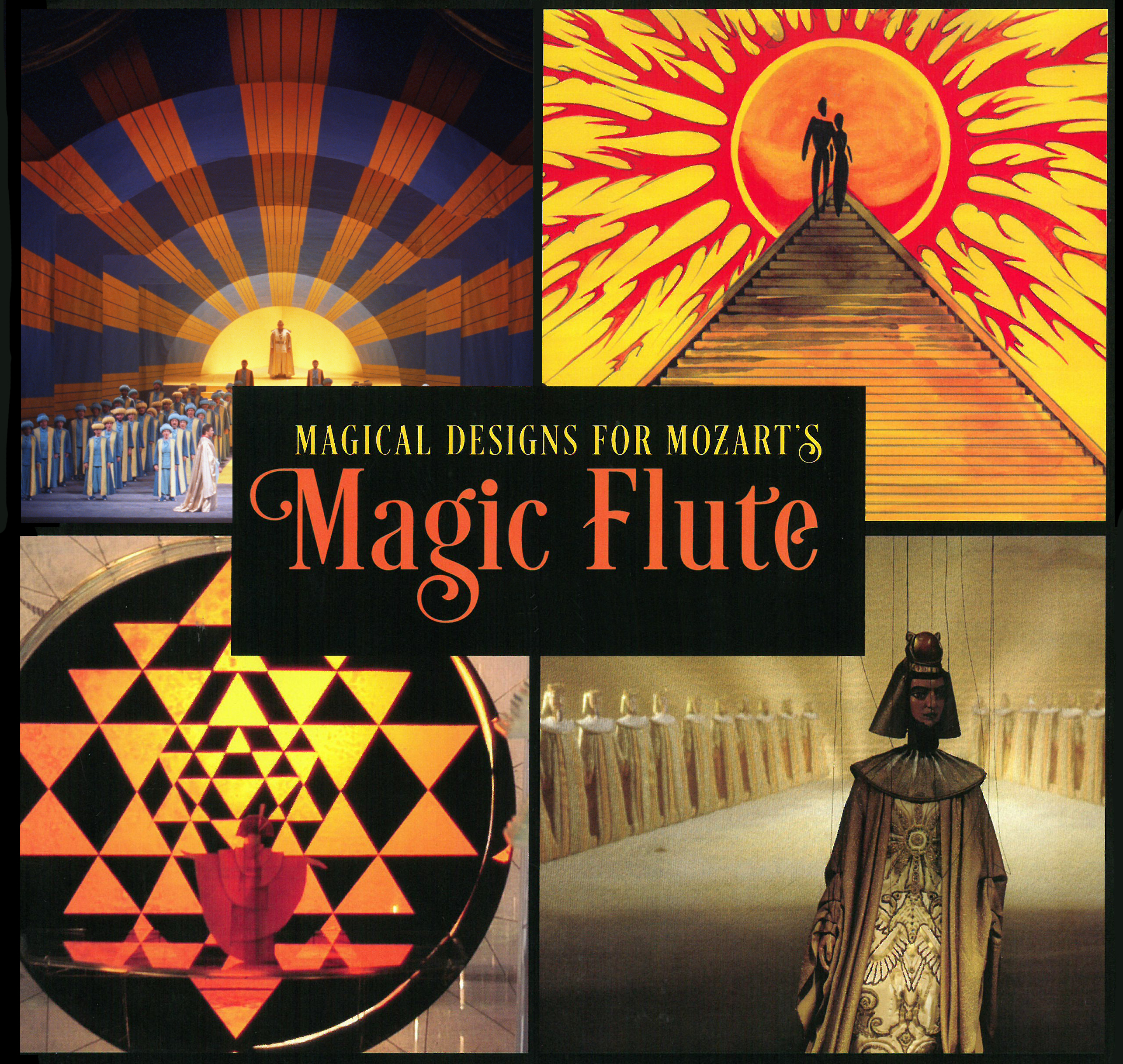 Magical Designs for Mozart's Magic Flute is an exhibition conceived and curated by distinguished theatrical and opera designer Judy Levin to compare scenic and costume designs of this much loved opera. These selected productions, extolled for their remarkable visual achievements, speak to the many interpretations given to the opera by scholars over the years, as well as the role of the creative teams in shaping each production.

Since it premiered in 1791, The Magic Flute has inspired countless teams of directors and designers to create imaginative productions beguiling audiences of all ages. It is the tale of Prince Tamino and his efforts to rescue Pamina, the abducted daughter of the Queen of the Night. He is armed with a magic flute given to him by the Three Ladies: accompanied by the Queen's bird-catcher, Papageno, who was given silver bells; guided by Three Boys. Tamino finds Pamina, and after enduring tests and trials, finds enlightenment. The struggle between the dark forces of the Queen of the Night and those of the victorious Sarastro, the high priest of Isis and Osiris, who represents the forces of light, leads to the triumph of reason and virtue. The action of the opera, set to Mozart's sublime music, has delighted audiences worldwide for over two centuries.

The exhibition explores the design concepts of eighteen different productions to the opera, and groups them in the gallery according to the general approach of each production team.