REVOLUTIONIZING FASHION: THE POLITICS OF STYLE

The 1970s was a period of self-expression, experimentation and soul-searching. From humble working class denims to high style disco garments, fashions mirrored the changing attitudes that contributed to the emergence of a plethora of new provocative and powerful styles.

Prior to this decade, French Couture had played dictator to the masses. This unilateral stylistic discourse catered mostly to the elite and was watered-down as it reached the base of the social pyramid. With the growing political disenchantment of the 1960s and the emergence of radical subcultures, a wider variety of influences began to be perceptible among American society. Where the "youth quake" of the 1960s had projected the bright-eyed futuristic rhetoric of its era, the 1970s drew on the volatile political atmosphere that fueled change in society and, irrevocably, in the fashion system.

At a time when countercultures re-defined society and a growing number of people started experiencing, perhaps painfully, the principles of democracy, individuality and freedom of expression became catalysts for new ideas, new behaviors and new styles. In both politics and fashion, ideas that were once subversive made their way to the forefront and contributed to the abolishment of autocratic rules. To this day, no two individuals feel they must conform to a unique dress code.

Fashion rules are slowly becoming an endangered species and ideas now emerge from various social strata. Street styles trickle-up to the middle classes and even to the elite. Although the politics of style are still subject to a multitude of social, cultural and economic forces, it took a time of turmoil and protest to get the fashion revolution started. 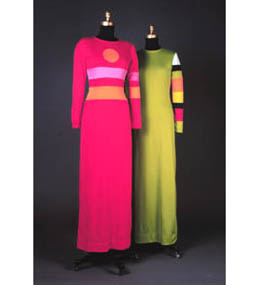