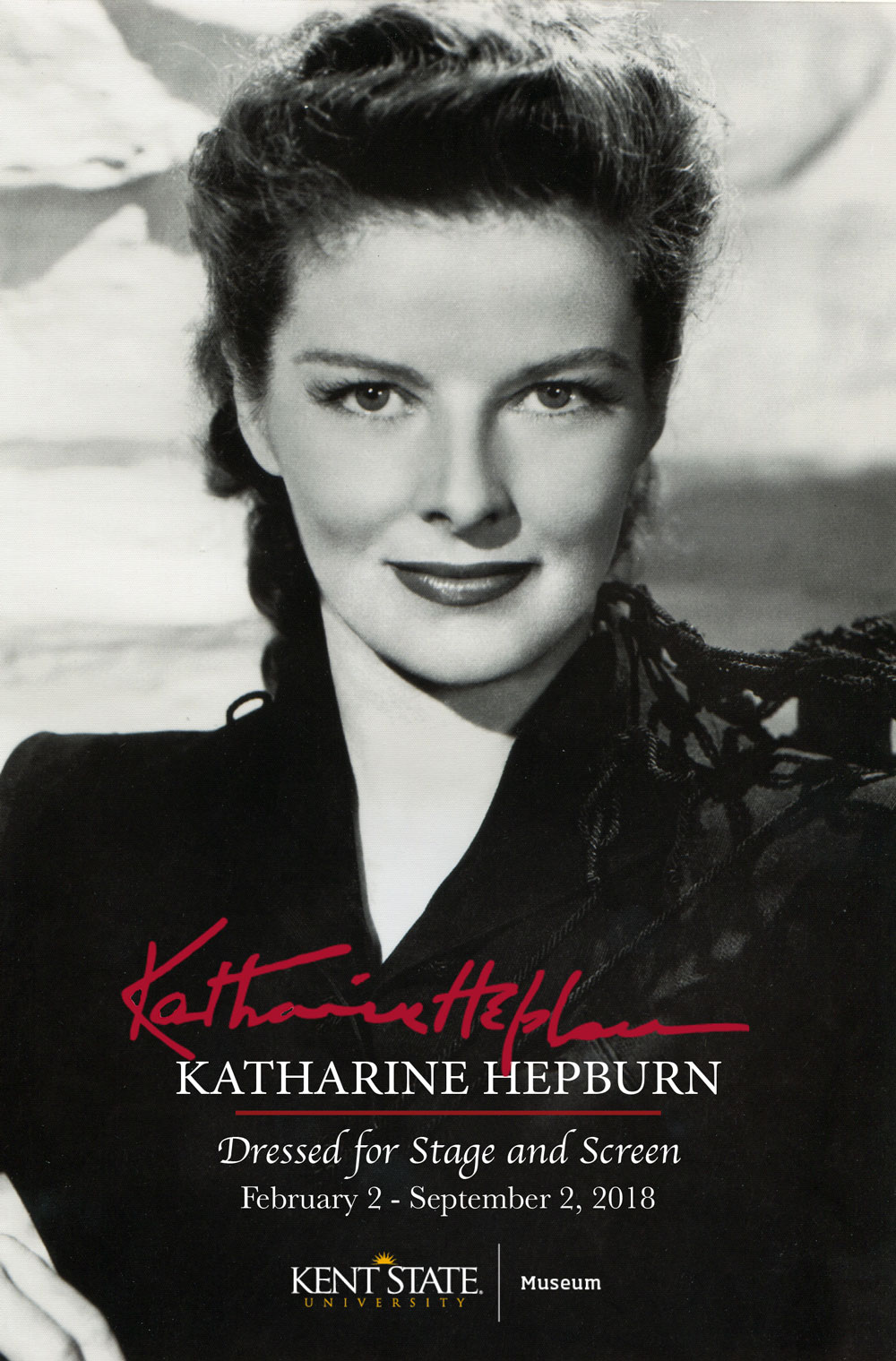 The Katharine Hepburn Dressed for Stage and Screen exhibit is returning to the Kent State University Museum after traveling around the country for the past seven years. The exhibit, opening Feb. 2 and running through Sept. 2, 2018, last appeared in the Museum in 2010. Museum Director Jean Druesedow is the curator of the exhibition.

“The exhibition has been touring for the past seven years and has been met with rave reviews at each venue, so we are especially pleased to bring the exhibition here again. The costumes in the exhibition are all part of the Kent State University Museum’s permanent collection, a gift from Miss Hepburn’s estate,” said Druesedow.

Katherine Hepburn is universally recognized as one of the greatest actresses of all time. She was nominated by the Motion Picture Academy 12 times in the best leading actress category, second only to Meryl Streep. She has won four Oscars in the best leading actress category for her performances in Morning Glory, Guess Who’s Coming to Dinner, The Lion in Winter and On Golden Pond.

The unique exhibition will display performance costumes from the stage productions of The Philadelphia Story, Without Love and Coco, and classic films such as Adam’s Rib, Stage Door and Long Day’s Journey Into Night, and many of her television movies including Love Among the Ruins. Additionally, Hepburn’s “signature look”, an ensemble of tailored beige trousers and linen jackets, will be featured along with vintage posters, playbills, photos and other related artifacts that illustrate Hepburn’s 66-year career.

On Friday, February 9, the Museum will host “Swing Night at the Kent State University Museum”; a glamorous Hollywood-inspired evening, featuring the KSU Jazz Band playing 1940s swing music, a full cash bar and free “bridge mix”. The Youngstown Swing Group will be on hand to demonstrate and instruct swing dancing, while attendees mingle with the Golden Age of Hollywood “celebrities”. This event, open to the community, will be held from 7 p.m. - 10 p.m. in the Rockwell Hall Atrium, 515 Hilltop Drive, Kent, Ohio, 44242. The Museum will be open for guests to enjoy all six exhibitions currently on display. Tickets will be $10.00 during the presale or $15.00 at the door; cash, Visa and Mastercard will be accepted. Visit www.kent.edu/artscollege to make reservations.

The Kent State University Museum currently holds over 30,000 pieces in its collection, amassed from many generous donors over the years. In 1982, The Kent State University Foundation received one of the largest donations they had ever received; a gift containing 4,000 costumes, 1,000 pieces of decorative art, and a 5,000-volume reference library from New York dress manufacturers Jerry Silverman and Shannon Rodgers. In 1985, the Museum officially opened its doors, and made it possible to share all of the extraordinary donated pieces with the public.