On May 1, 2020, Hylton became the first Black person in the university’s history to hold the title of vice president for student affairs. And on July 1, 2020, Drummer-Ferrell was appointed dean of students, making her the first Black woman to be named to the position.

“It’s an honor to be ingrained in the history of Kent State in this way,” said Hylton, who joined Kent State on June 1, 2017, to serve as dean of students and later became interim vice president for student affairs on Sept. 16, 2019. “At the same time, that moniker holds a lot of weight.”

Hylton leads institutional efforts aimed toward enhancing the engaged co-curricular lives of all Kent State students within the eight-campus system. The vice president oversees strategic planning, assessment and activities designed to support the vision and mission of Kent State.

The vice president for student affairs reports directly to Kent State President Todd Diacon and is a cabinet-level position.

Drummer-Ferrell serves as the university’s primary student advocate and assists the vice president for student affairs in the leadership of the division. Prior to her appointment as interim dean of students on Oct. 1, 2019, Drummer-Ferrell served as director of Kent State’s Student Multicultural Center, starting in October 2016. 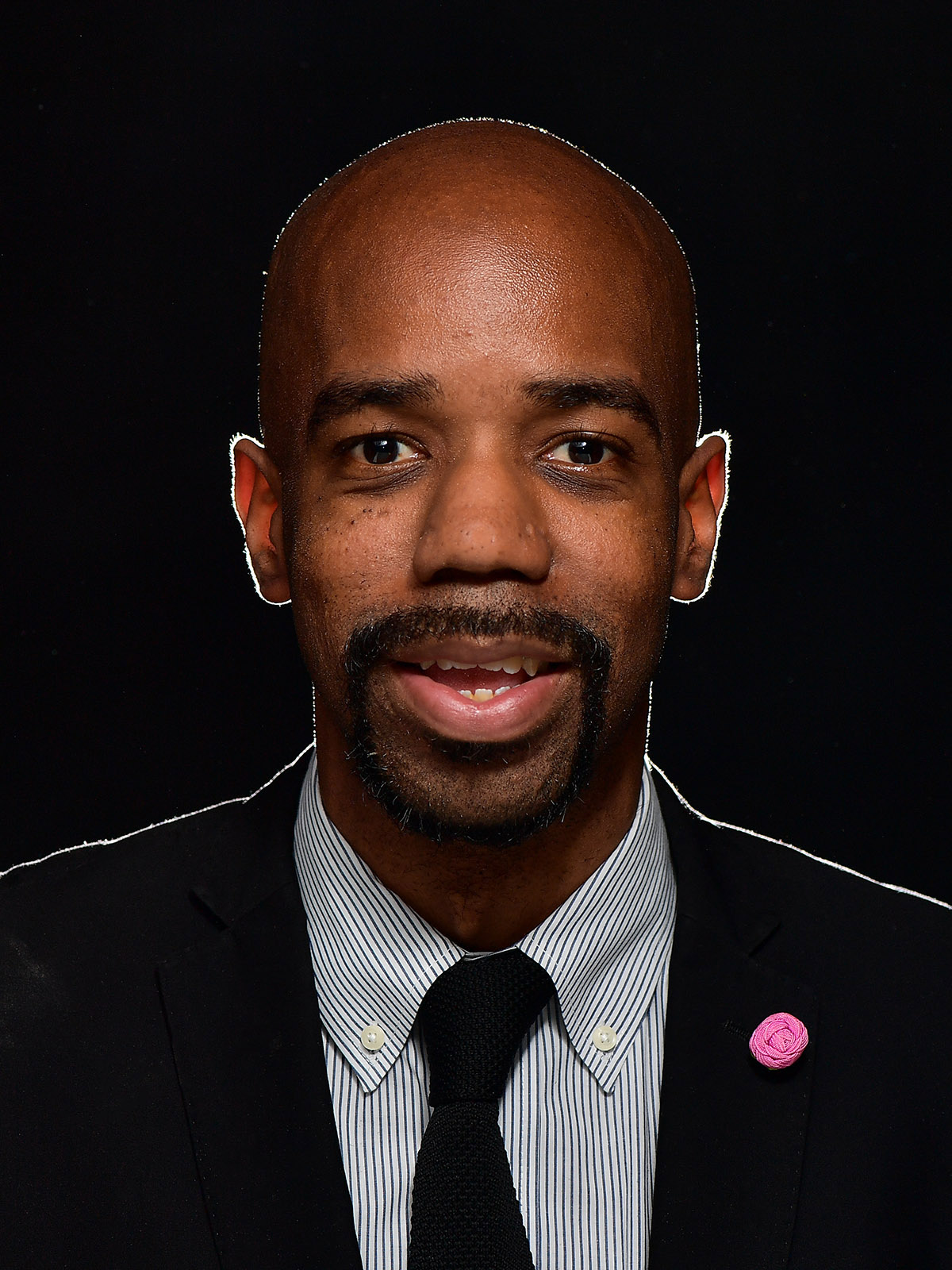 Being named the first vice president for the Division of Student Affairs at Kent State has been an honor, but it has also elicited mixed emotions for Hylton. This historical milestone has occurred during a time when Black people across the country and throughout the world are protesting for racial justice and an end to police brutality.

“It took us 110 years to have somebody who looks like me in this seat of leadership (at Kent State),” Hylton said. “What does that say about our progress as a society that a large organization like Kent State is still experiencing the first as it pertains to Black people? And then I think about what expectations will the community have of me as the first Black vice president for student affairs? What will our Black students, faculty and staff expect of me in terms of progress for holding this title? While it is certainly an honor, it comes with a lot of mixed feelings at a time we are dealing with tensions at an all-time high relative to Black people. This is my generation’s civil rights experience in real time. With the context of what we are experiencing as a society, there are many layers to it.”

As vice president for student affairs, Hylton strives for comprehensive excellence in the university experience for students. He wants students to be proud of their experience at Kent State, find their definition of meaning at the university and determine what success looks like in the future.

Another top priority is to fight for the needs of the most marginalized people, which tend to be Black people. He hopes this will materialize as some type of change or progress. And it won’t be because he’s the first Black vice president, but because “we’ve done our work as an institution.”

“At the end of the day, the nature of this leadership position for the university is not squarely situated for Black students, but for all students,” Hylton said. “However, I’m firm in my resolve that centering equity and centering the needs of the most marginalized individuals in our community is the way that I should be approaching my work. That is not to exclude those who are of the majority population. However, we can’t be comprehensively excellent as a university without having some inclusive excellence to go along with that.”

A resident of Kent, Ohio, Hylton received a Bachelor of Arts in vocal music-performance from Morgan State University, a Master of Education in college student personnel from Ohio University and a Ph.D. in higher education administration from Morgan State. 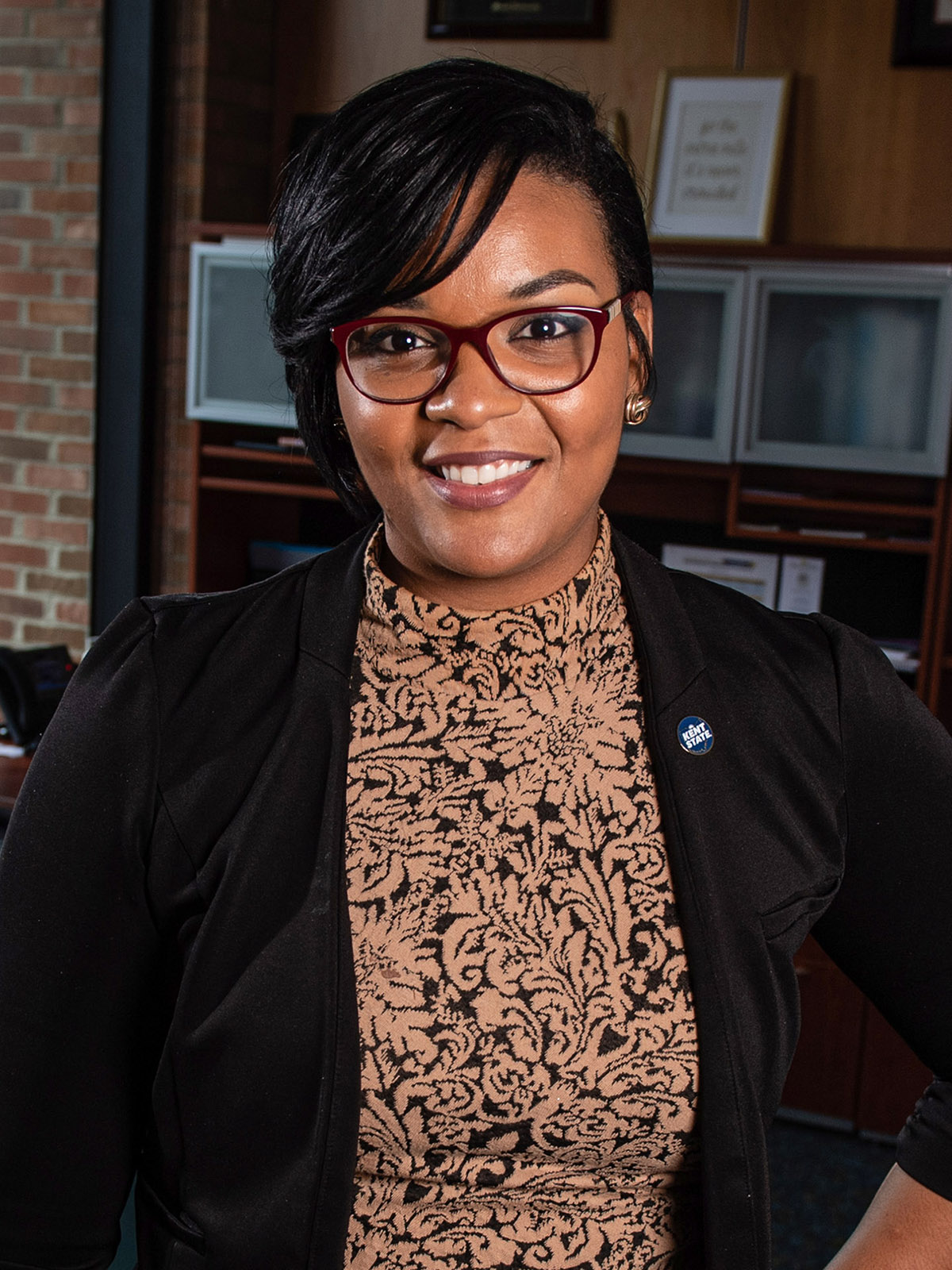 Since earning her Bachelor of Science in family studies from Miami University in 2006, Drummer-Ferrell considered the dean of students position as her dream job.

“Becoming dean of students was the mecca,” said Drummer-Ferrell, who is Hylton’s deputy. “To earn this position and add the tag of first Black woman to be in this position at Kent State has certainly been one of those moments when I realize that it’s a gift to serve in this seat.”

In her role as dean of students, Drummer-Ferrell oversees advocacy, support and well-being, including recreation and wellness services, the Center for Sexual and Relationship Violence Support Services, the Office of Student Conduct, psychological services, parent and family engagement, basic needs and students in crisis. She also has been focused on coordinating emergency resources for students during the pandemic.

She said is it an honor and a privilege to be the first Black woman named dean of students at Kent State because she stands on the shoulders of so many Black ancestors who came before her.

“I came from the Student Multicultural Center, and the rites of passage portion of our Academic S.T.A.R.S. program always reminds you to recall your ancestry and be thankful for the stock you are made of and the people you came from,” Drummer-Ferrell said. “They are people who refused to give up.”

Spectrum News 1 Ohio recently sat down with Drummer-Ferrell and Hylton to talk about their historic roles for the story "KSU's First Black Female Dean of Students, First Black VP of Student Affairs Break Through"