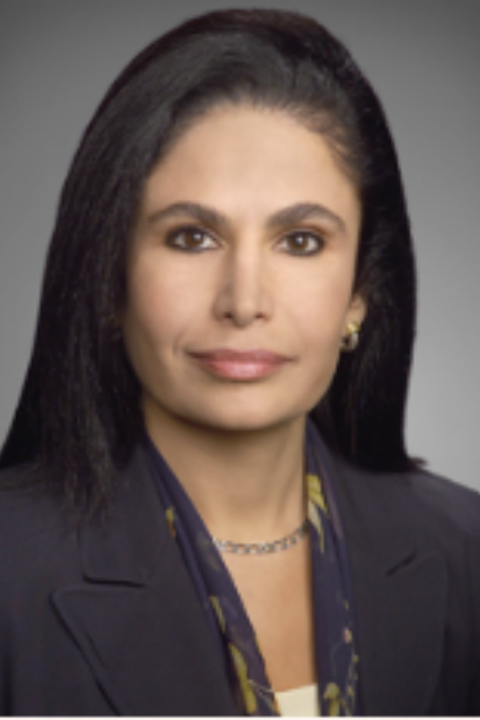 Dr. Hedi Nasheri is a Professor of Criminology and Justice Studies & the Director of Graduate Program in Criminology & Criminal Justice in the Department of Sociology at Kent State University. She is a Visiting Professor in the Faculty of Law at the University of Turku in Finland. Professor Nasheri’s academic research and teaching, as well as her practical experience, has focused for a number of years on issues related to intelligence & national security and transnational crimes as it relates to global security. She has collaborated throughout the years with members of the Intellectual Property Section of the Department of Justice and members from the Federal Bureau of Investigation Counterterrorism Section on a number of educational & research presentations domestically and internationally for a broad range audience including, the private sector, law enforcement and academia. She has an active participant at the International Institute for Counter-Terrorism in Israel and more recently as an expert participant with the United Nations Congress on Crime Prevention and Criminal Justice. Through her scholarly work, Dr. Nasheri has established a working relationship with international law enforcement agencies and is a member of an international working group on cybersecurity and the law.
More recently, Dr. Nasheri was appointed as Senior Fellow to the Policy Division of the Business Executives for National Security (BENS). Her work at BENS (https://www.bens.org/) addressed the relationship of theft of sensitive and propriety information and its risk to U.S. national security, with focus on international organized criminal organizations. BENS, a nonpartisan, non-profit organization that supports the U.S. Government by applying best business practice solutions to its most difficult national security problems, conducted its early work on U.S.-Soviet threat reduction initiatives and widespread inefficiencies in support functions in the Department of Defense (DoD). In recent years, BENS broadened its government partnerships to include: The Departments of State, Treasury, Homeland Security, including FEMA and the Secret Service, Office of the Director of National Intelligence, and the CIA.
Dr. Nasheri has held a number of Fellowships & Visiting Scholar appointments at New York University School of Law's Center for Research in Crime and Justice, Columbia University's National Center on Addiction and Substance Abuse, the Spangenberg Center for Law, Technology & the Arts at Case Western Reserve University School of Law, University of London's Institute of Advanced Legal Studies. She has written and lectured extensively in the areas of transnational & intellectual property crimes, cyber & technology crimes. Professor Nasheri is the author of five books, including Economic Espionage and Industrial Spying (Cambridge University Press), as well as numerous articles and monographs on intellectual property & technology crimes and transnational crimes. Her research has been cited by the Blue-Ribbon Commission on Jury System Improvement, the Australian Parliament, the United Nations' International Criminal Tribunal, the United Nations' Commission on Crime Prevention and Criminal Justice, the South African Law Commission, and in the United States Code Annotated. Ministry of the. She is a recipient of several international awards and grants for her work on intellectual property & technology crimes, from the United States Department of Justice and State Department of the United States.

Invited by UGhent and US Embassy to Belgium to conduct a panel for the Violent Extremism and Polarization Workshop held in Brussels, Belgium

Invited as an expert to the Fourteenth United Nations Congress on Crime Prevention and Criminal Justice in Japan, virtual participation.

Invited by The international cybersecurity forum, "Which Form of Multilateral Regulation can lead to a safe and stable cyberspace?" Lille, France. https://www.forum-fic.com/en/home/programme/the-speaking-slots.htm

Invited by the Australian Government & the Institute of Criminology, ICCCF, The Gold Coast, Australia, “The Future of Intellectual Property in the World of Artificial Intelligence & Robots”.

Invited by the TAC Forum under the patronage of Interpol and Minister of Interior of France, Lyon, France. Key note address on intellectual property violations.

Invited by the Institute of Computer Science (ICS) of the Foundation for Research and Technology - Hellas (FORTH), Greece

Invited by the IEEE Joint Intelligence and Security Informatics (JISIC) Hague, the Netherlands.

Invited by the Russian and East European Institute, Indiana University Bloomington, Cyberpolitik in the Post-Communist Era: The International Politics of the Internet, Cyberspace, and Cybersecurity.

Invited by the Emir of the State of Qatar & Ministry of Foreign Affairs, Doha Forum, in Doha Qatar, Intellectual property rights & socio-economic stability in Mideast.

Invited by the INTERPOL and the French Ministry of Interior, TAC FORUM, in Lyon France, Protecting flows, streams and borders.

Criminal justice responses to prevent and counter cybercrime in all its forms, including through the strengthening of cooperation at the national and international levels. The report was prepared for the 27th UN Commission on Crime Prevention and Criminal Justice meeting in Vienna.