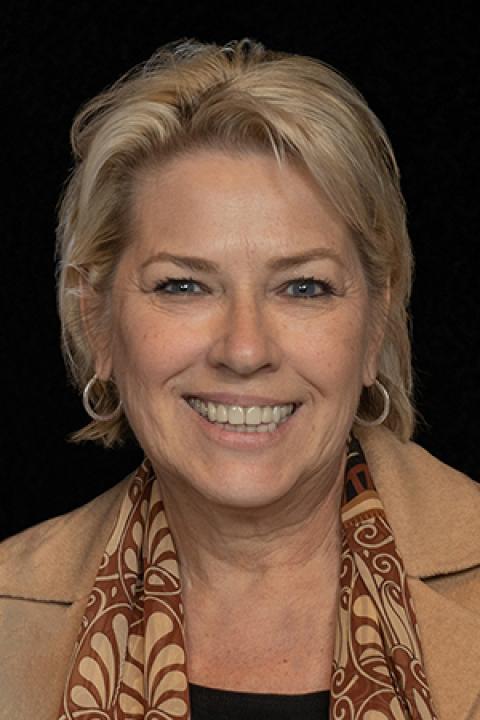 Valoree Vargo currently serves as the vice president for Kent State University’s Division of Philanthropy and Alumni Engagement and the executive director of the Kent State Foundation, effective August 2021. She had previously served in these positions in an interim capacity from June 2020 through July 2021.

In these roles, she leads Kent State’s Division of Philanthropy and Alumni Engagement, which includes the offices of advancement and alumni relations as well as the Kent State University Foundation. The division plays a critical role in building relationships with alumni and friends to support the vision and mission of the university.

Valoree is a member of the President’s Cabinet, directs the activities of the Kent State Foundation Board and provides support for the Board of Trustees External Relations and Development Committee.

Valoree began her career at Kent State in 2010 as the executive director of Donor Services. In 2014, she was asked by President Beverly Warren to design and produce the president’s Listening Tour, stopping at more than 200 locations to visit with and receive input and feedback from students, alumni, community leaders, legislators, faculty and donors.

In January 2015, Valoree was appointed to the president’s team as the first associate chief of staff to serve a president of Kent State. In 2016, she returned home to the Division of Philanthropy and Alumni Engagement as senior associate vice president, Advancement Operations and chief operating officer.

Prior to working at Kent State, Valoree was the head of communications for the International Post Corporation (IPC) in Brussels, Belgium. She also served as the executive director for Advancement Events and Communications at George Washington University, and was the director of Marketing and Communications at the United States Postal Service Headquarters in Washington, D.C. In this role in D.C., Valoree directed the national media and public relations programs and produced the United States Postal Service's Worldwide Olympic Games sponsorship in Barcelona, Spain and Albertville, France.