'All the Way to Africa': Students Discuss Trip to Rwanda

Kent State Stark students discuss their trip to Rwanda with the community at Global Gateway Day.

Stained red from the earthy ground, their palms were open wide to meet the day. 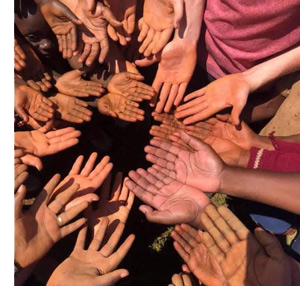 Painted with a shared collective experience, their homeland distance of 7,489 miles, barriers of language and culture faded away in the moment.

There was only this.

The house that they helped build.

From one hand to the other, the students worked together to pass mounds of red mud and clay that would become the home of a woman widowed during the Rwandan genocide. Brick by brick, the hut was pieced together in part by the Kent State University at Stark students who made the trek and made the difference. They worked alongside local community members, police and military to take part in the monthly service project, known as “Umuganda.”

For the 13 who crossed the Atlantic, they left home to find themselves. Now, the students speak out with one voice, sharing their experiences with friends and family, the campus and the community at events, such as the recent Global Gateway Day.

‘RWANDA TO THE WORLD’

Professor Leslie Heaphy’s class on the history of genocide provided structure for the weeklong trip over spring break.

“As a historian, I was drawn to the events of 25 years ago but, more importantly in many ways is what Rwanda has done since then, the reconciliation and the recovery,” she said. “There is so much the world could learn from Rwanda if we would just open up.”

For Isabelle Cullen, the short-term study abroad trip marked her first time traveling outside of the country. 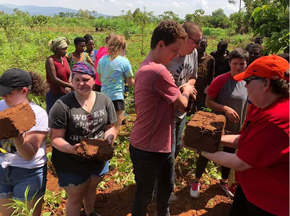 “This is unprecedented territory for not only me, but for Kent State, which hasn’t really seen a trip like this,” said Cullen, a freshman nursing student. “I mean, it’s all the way to Africa.”

And, that, is exactly the point.

Just ask Pacifique Niyonzima, who was orphaned at the age of 3 in 1994, when between 800,000 and 1 million Tutsi Rwandans were killed by their Hutu neighbors. Nearly 70 percent of the Tutsi population was murdered in the genocide.

After the massacre, the country Niyonzima was born into was gone. “Families were torn apart. There was no education, no economy. Nothing,” he said. “The government truly had to rebuild the country from scratch. I still don’t understand why that happened … why the world let that happen.”

Niyonzima, now a graduate student at Kent State studying higher education administration, dreamed of making the journey to his home country a reality.

“When we learn from each other, we are truly changed. For me, it’s about bringing the world to Rwanda and Rwanda to the world.”

The trip seemed like a longshot until Niyonzima connected with two members of the Stark Campus – Heaphy and Sarah Schmidt, assistant director of Global Education.

Heaphy designed her course around the trip. Niyonzima arranged class activities in Rwanda, lodging and transportation. The students also traveled to Washington, D.C., upon arrival home to participate in a ceremony recognizing the 25th anniversary of the genocide.

“The timing of this trip was perfect,” Schmidt said. “For me, this is what global education is all about – a beautiful, cross-cultural engagement founded upon empathizing with other people, humanizing each other and finding those shared commonalities. These 13 students were immersed into a completely foreign environment but walked away with a fuller understanding of what it means to be human.” 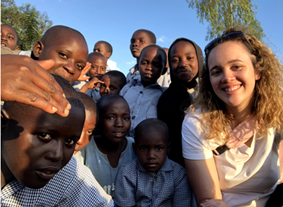 While their eyes were opened to the horrors of history, the students also witnessed firsthand the loving unity and sense of community that is present-day Rwanda.

“We were welcomed with open arms, and honestly, at first we weren’t sure what to expect,” acknowledged Landon Ellis, a sophomore studying criminal justice. “When I told my friends and family about the trip, they said, ‘You know that’s Africa, right? That’s a very dangerous place.’

“We overcame stereotypes and fear and have arrived home to educate our families, friends and the community about the kindness of a nation.”

“You go to Rwanda, a region that has been completely torn apart, and yet they all can agree on one thing: they are all Rwandan, they are all human and, at the base level, they can figure out their issues and build again,” she said.

All students agreed the trip was a once-in-a-lifetime opportunity; an experience marked by shared goals of peace.

First greeted with the Rwandan word that means “outsider,” by the end of the trip the students were a part of the inner circle, standing hand in hand. Now, they were called “friend.”

“What brings me hope is to see how the people of Rwanda have come together,” Niyonzima said. “How we can all come together as one people, one humanity and one united world.”