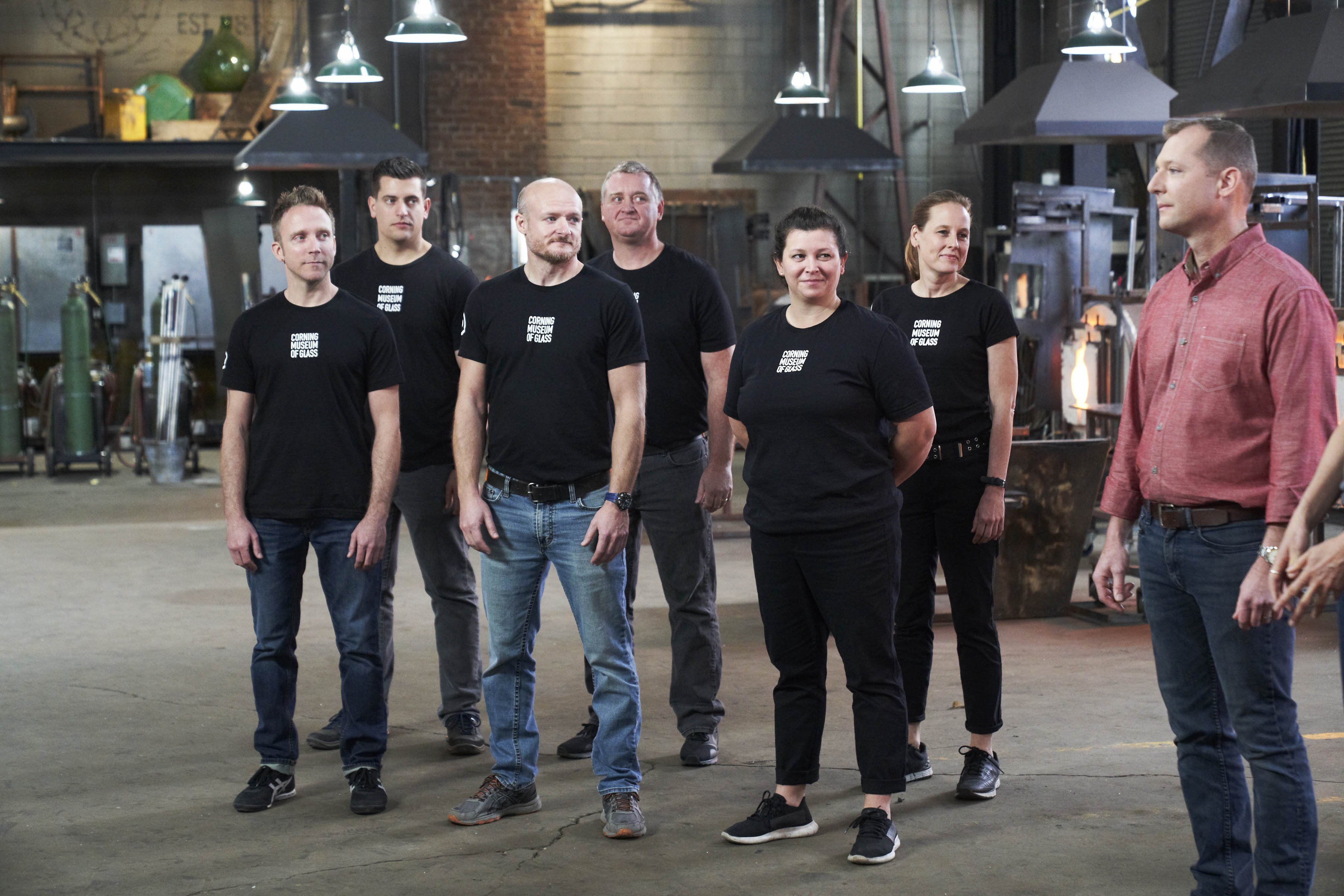 When Kent State University alumnus Eric Meek is not working in a glass art studio, one may find him on the small screen sharing his expertise in the new Netflix series called “Blown Away.”

The competition-based reality show features 10 highly skilled glass artists who compete to win the show’s prize, Best in Blow. Meek, who received his Master of Fine Arts from Kent State in 2003, serves as a guest evaluator on the series.

In each episode, the contestants are presented with a unique challenge. The artist who is unable to meet the judges’ standards is eliminated at the conclusion of the episode.

Meek said that part of choosing the winner is choosing a person who is capable of successfully responding to those challenges.

“It was based on the content of their work, how they responded to the challenges and how clearly and succinctly they conveyed their idea,” Meek said. “It is not necessarily about who is the better glassblower.”

The winning artist is awarded the Blown Away Residency at the Corning Museum of Glass, Meek’s place of employment. This opportunity allows the winner to work alongside highly regarded glassblowers all while not having to carry the burden of the tremendous cost of glassblowing.

Despite “Blown Away” being a brand-new Netflix series, the idea for a glassblowing competition-based reality show has been in the works for nearly a year.

Marblemedia, a Toronto-based production company, first approached Corning with its idea for the show in July 2018. Marblemedia expressed a great interest in having Corning’s name attached to the new series, Meek says.

“It was really a monthlong process talking to the writers and talking to the producers and hearing from them what kind of feel they wanted it to have,” Meek said.

After negotiations and learning more about the production aspect of “Blown Away,” Corning agreed to participate in the show and offered its own resources as part of the prize for the winner.

Meek said Corning wanted the show to focus on the inherent drama associated with the craft of glassblowing versus the interpersonal drama that is often associated with reality television. Once learning of the cast, Meek said the museum felt confident in participating in the show.

“The competitors are well known in the glass community, and just knowing the competitors, we felt pretty confident that they wouldn’t stand for anything than making sure this was an authentic experience,” Meek said.

Because it takes nearly 10 years for a glass artist to become skilled enough to really express themselves, it is a world unlike any other, he said. Therefore, it was important to all involved that the show be entertaining while remaining centered on the art of glassblowing.

“What people can expect to get out of this is a glimpse inside of a fantastic world filled with incredibly passionate makers,” Meek said. “I really believe it will have a huge impact on the way people perceive glass today.”

The future of the series is unknown at this time; however, Corning is willing to participate in a second season of “Blown Away.”

The winner of the first season will complete the residency in October. Corning will host a guest artist demonstration by the winner that is open to the public, and portions of it will be livestreamed on www.cmog.org.

Story Image Caption: Eric Meek (right) and six glassmakers on the set of Blown Away (Courtesy of marblemedia)