As the 50th anniversary of May 4, 1970, approaches, readers are inspired to learn more about that day, when National Guard soldiers opened fire on students gathered to protest the United State invasion of Cambodia. Four students were killed, and nine others were injured.

With all that has been written over five decades, it can be tough to know where to begin.

The staff at Kent State University Libraries has compiled a reading list along with a more comprehensive collection of books and an annotated bibliography of articles and websites.

In his role as a member of the 50th May 4 Commemoration Advisory Committee, University Libraries Dean Kenneth Burhanna led the project to develop the list, which he said is just a sampling of the works that have been published. It is not exhaustive, nor should it be considered the only books worthy of review.

Controversy has surrounded May 4, 1970, particularly in the first years following the shootings. Books have been published making assertions that have been disproven. Others have offered perspectives that some consider disrespectful to the memory of those who were killed and injured. But Dean Burhanna said those books still have a place in the historical record, and some are held in the university’s collection and made available to students and scholars.

“The fact that this tragedy is in living memory of many, many people creates a sensitivity that forces us to balance the legacy and commemoration of the events of May 4 with the fact that the history of it is being written still to this day,” Dean Burhanna said.

He said books about May 4, 1970, allow readers to reflect on the tragedy of a half-century ago and to learn lessons that are still relevant today.

“May 4 is a lens through which we can learn about our current world and think about our future,” Dean Burhanna said. “It becomes a conversation about student activism and peace and conflict. … But it is also about learning and never forgetting. In doing that, we give those people who were touched by May 4 a sense of justice, and we don’t let it happen again.”

The list below includes older titles as well as the most recent contributions to the body of published work examining May 4, 1970. All were written by those with firsthand knowledge of the events or were written in the moments immediately following the shootings. Some are part of the University Libraries’ recommended reading list; others are not.

The late Carole Barbato, Ph.D., Kent State professor emerita of communications, and Laura Davis, Ph.D., Kent State professor emerita of English, were students at Kent State on May 4, 1970. Dr. Davis was on the Kent State Commons when the shots were fired. Dr. Barbato was a childhood friend of Sandra Scheuer, who was killed. Mark Seeman, Ph.D., professor emeritus of anthropology, was a student at Allegheny College in Pennsylvania and participated in the student protest movement. This book, one of two assigned as required reading for incoming Kent State freshmen, is a comprehensive account of the events of May 4. As the title suggests, the authors’ intent was to present the indisputable facts.

“‘This We Know’ is probably the most succinct, straightforward narrative description of what happened that weekend,” Dean Burhanna said. “It doesn’t pretend to answer questions of what we don’t know. Any reasonable person who has looked over the research would say, ‘Yes, this is what happened.’”

“This We Know” is one of two books assigned as required reading for incoming freshmen at Kent State University. 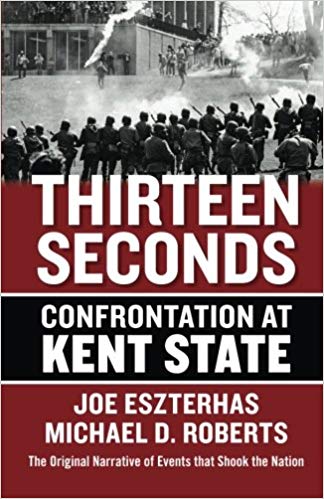 Cleveland journalists Joe Eszterhas and Michael D. Roberts arrived on campus shortly after the shootings on May 4, 1970. As reporters for The Plain Dealer, they were sent to the scene to interview bystanders and try to capture what had happened. After their initial breaking-news coverage, the men continued their research over the next three months to produce “13 Seconds: Confrontation at Kent State,” the second book assigned as required reading for the university’s incoming freshmen.

“Of the early books on the subject, many people feel it did the best job of telling the story in a factual way and wasn’t opining about things that were unclear or unknown or controversial,” Dean Burhanna said. “From a journalistic point of view, it did a good job understanding who those students were and especially those who lost their lives.” 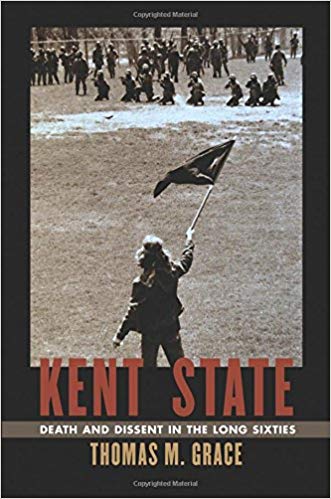 Thomas Grace, Ph.D., was among the nine students wounded in the gunfire at Kent State on May 4. Dr. Grace, who is now a historian, presents his personal story of the shootings alongside exhaustive research into the circumstances leading up to the National Guard attack on the students.

The book examines student activism at Kent State from the 1950s through the 1970s in the context of the cultural and political atmosphere on campus in contrast with the conservative Portage County, Ohio community surrounding it.

“Moments of Truth: A Photographer’s Experience of Kent State 1970” by Howard Ruffner with a forward by Thomas M. Grace, Ph.D. 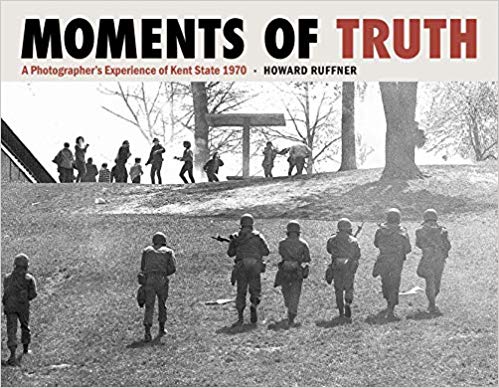 Howard Ruffner was one of several Kent State student journalists on campus on May 4, 1970, who documented the tragedy as it unfolded from a tense student protest into a national tragedy.

One of Mr. Ruffner’s photos from that day was published on the cover of Life magazine. In September 2019, a collection of the images he captured that day, many never-before seen, is expected to be published as “Moments of Truth: A Photographer’s Experience of Kent State” along with his own narrative of what it was like to be witness to the deaths of peers at the hands of the government. 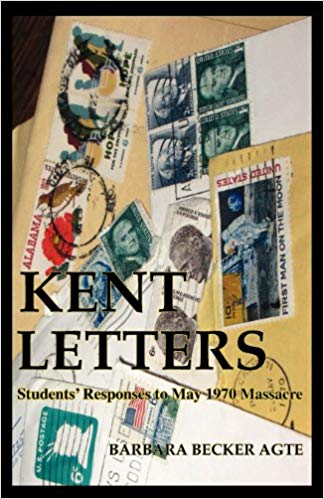 This collection of letters from Kent State students in May of 1970 waited more than 40 years to be published. Barbara Becker Agte was on the teaching faculty of the university’s English department at the time. After the shootings, the university closed, and faculty members were told to contact their students to resolve how final grades would be earned. Ms. Agte informed her students that everyone would be getting an A, but she invited them to write letters about their experiences and their feelings about the tragedy.

She received 32 letters, each filled with the emotion of a young person who had witnessed the unimaginable.

Ms. Agte told The Plain Dealer that she put the letters in a manila envelope, where they stayed until she decided to publish them in 2011 with the writers identified only by their initials.

To learn more about Kent State’s plan for the 50th Commemoration of May 4, visit www.kent.edu/president/may4.