Telling the Truth in an Age of Alternative Facts 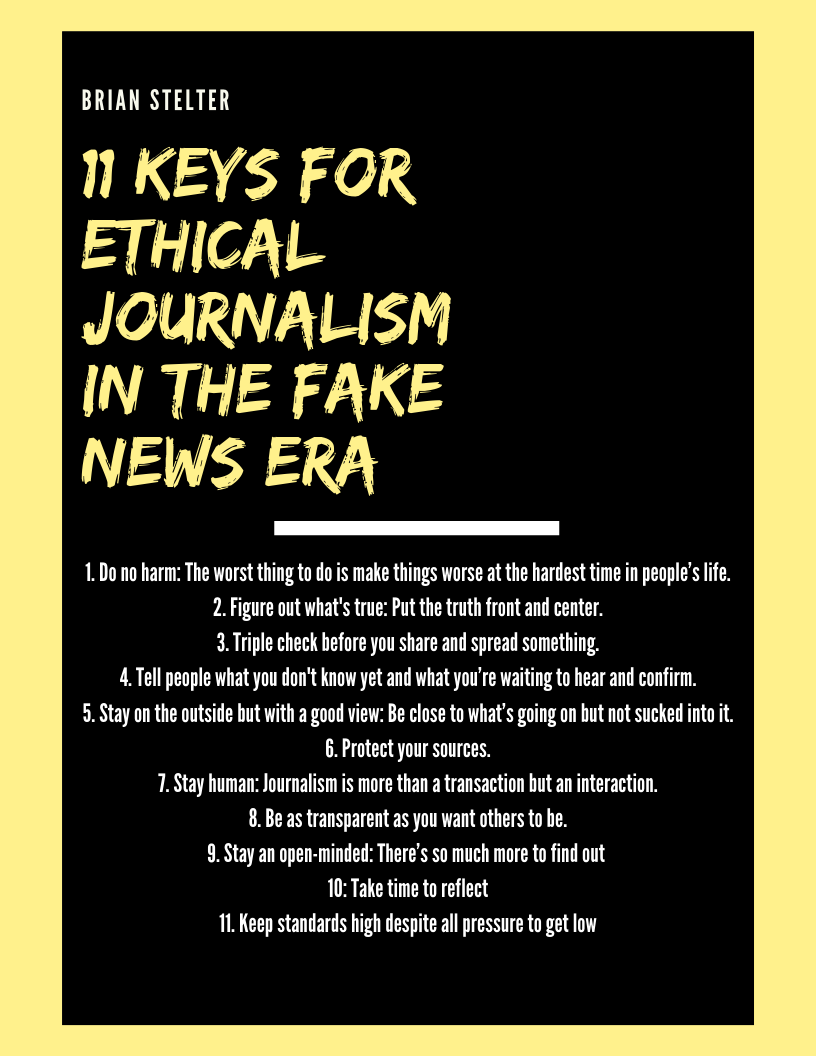 In his lecture, entitled “Telling the Truth in the Age of Alternative Facts,” Stelter also encouraged students to find the one thing they were more passionate about than anyone they knew and really dive into it. He advised writing constantly to build up what he called “muscle memory” so you can write and report on news no matter what the deadline or the pressures.

One such example he gave of how that advice worked for him was when he was called in to the CNN studio early in the morning after Anthony Bourdain, himself a CNN host, committed suicide. That early training allowed him, Stelter related, to write the obituary, to deliver the news of a friend and colleague’s passing despite being in a state of shock. “I could do it in my sleep,” Stelter said, “and that only comes from the repetition of doing it over and over again…Be performing acts of journalism every day…so you are ready to go.”

After the lecture, Stelter took questions from the audience in a lively session moderated by Professional-in-Residence and Pulitzer Prize winning journalist Connie Schultz. Also recognized that evening were David and Janet Dix whose generosity has endowed the annual lecture series. The Dix Media Ethics Lecture further enhances the Kent State University School of Journalism and Mass Communication’s role as a national leader in conversations around core media ethics issues.