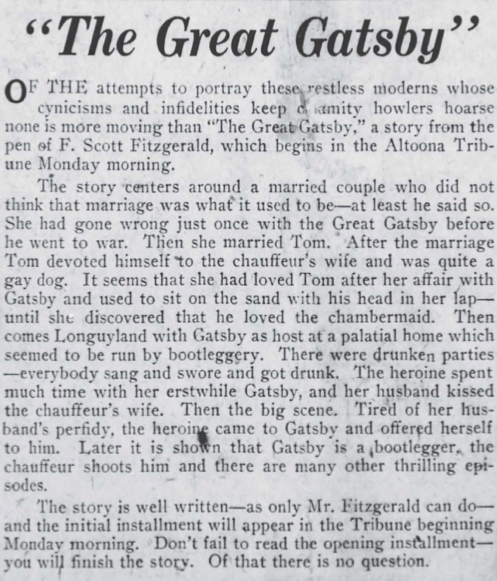 The Great Gatsby,” a book many read in high school. We remember the green light on the dock, the passion and the tragedy. What many didn't know – until recently – was that the story was also printed in the newspaper.

Department Chair and Professor for the Department of English Robert Trogdon, Ph.D., discovered a previously unknown newspaper serialization of “The Great Gatsby” that appeared in the Altoona Tribune from Feb. 15-26, 1926. “The Great Gatsby,” originally released on April 10, 1925, appeared in newspaper publications about a year after it was released. People suspected this serialization existed but no one had ever found it, until now.

Trogdon’s extensive research through databases allowed him to make this discovery. His work also involves investigating draft materials from past writers to study the changes through revisions and deletions of material.

Trogdon is an editor of the multi-volume Letters of Ernest Hemingway, published by Cambridge University Press, and is currently working on a volume on Ernest Hemingway for Library of America. His passion to restore materials to the way Hemingway and Fitzgerald would have wanted it led him to an advanced discovery.

He explains that his discovery is important to literary scholars because it sets the basic facts about a works publication established, whether in book, magazine or newspaper form.

“It helps us understand the initial readership for the work, how it appeared in different formats, how the author or others changed it for different audiences,” Trogdon said.

Trogdon explains that when novels were published in the newspaper, they often cut material out, and in this case, they cut the opening. The part that was omitted, introduced and described Gatsby, the man who gives the name to the book. 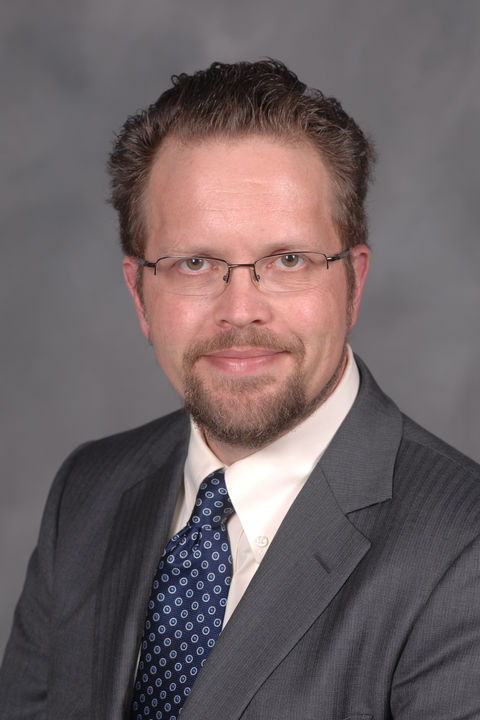 “Newspapers use to run fiction that would have serialized novels, some of which were really forgettable,” Trogdon said. “But people, like F. Scott Fitzgerald, would make more money selling to a syndicate. That’s a way a lot of people at this time would’ve been first exposed to this novel.

“This gives the reader a different perspective,” Trogdon continued. “The newspaper also gave a synopsis of the story that doesn’t really match what happens in the book whatsoever.”

Trogdon plans to implement this information and research method into his classes, regarding textual and documentary editing.

“I use material like this during literature class, as far as looking at how these newspapers provided a different perspective on these stories to students that they wouldn’t have had prior,” he said.

Trogdon also expresses the importance of using databases when conducting research. He plans to continue teaching students how to use databases to find similar information.