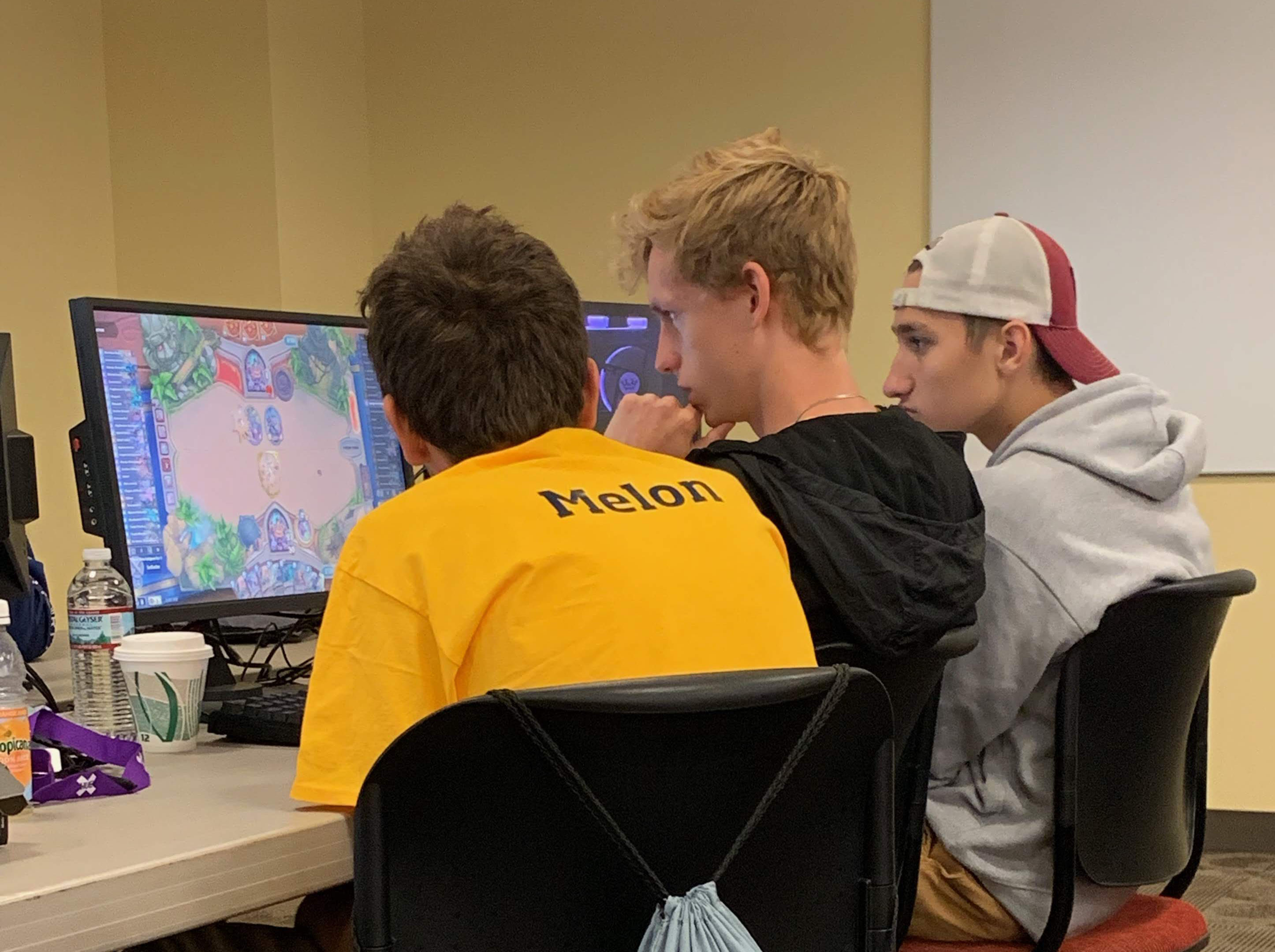 The Esports team was among 64 collegiate teams invited to the competition. Kent State participated in both the Hearthstone and the League of Legends competition.

The team took the Hearthstone champion title, winning against 10 other universities.

Esports is a competitive online gaming sport that has recently emerged into the college sports sphere. Hearthstone: Heroes of Warcraft is a digital card game under the Warcraft series of digital games.

“It was amazing to win our first tournament as an organization, especially one as large as HUE,” said Maria Hawkins, director of Kent State Esports operations. “Our program here at Kent State University is helping students foster relationships and form a real sense of community.”

The team also competes in Tespa, which is a collegiate league that offers tournaments each semester. Kent State Esports plays in Tespa matches every Tuesday in the Esports lab on campus.

The HUE Invitational was Kent State Esports’ first ever invitational. The team did not anticipate such a win.

“One of my teammates and I were thinking about how cool it would be to take the trophy home, but we didn’t actually think we’d take it,” said Ben Cookson, sophomore aerospace engineering major who plays on the Hearthstone team.

Cookson said during the semifinals the team was close to a loss, but they quickly made a comeback and swept the undefeated team, Drexel University, in the finals.

Drexel was the Hearthstone champion at the PA Cup at Harrisburg University in March 2019. Kent State’s win against a champion team was a huge success.

“I was in the audience, just hearing the other teams cheering them on was really cool,” said Patrick McLaughlin, junior architecture major and coach of the Hearthstone team. “Anytime Drexel, the team they were playing, drew a bad card, the other schools would cheer for our team.”

Among the schools playing at the invitational, Kent State’s team was the one to cheer for.

“Being on that stage was pretty amazing,” Cookson said. “You’re playing a game in front of all of these people, but they are acting like it’s an actual sport. They are still cheering and making noise. They were cheering so loud, it was shaking the table. We could hear it through our soundproof headphones.”

The Esports team at Kent State is new. This is just the team’s second semester. It comprises four separate teams for each title. There is a varsity league for each with the Hearthstone league creating a successful reputation for the new team.

“We had a celebration lunch for our win,” McLaughlin said. “A lot of higher-ups at the university asked us about how we can make Esports bigger and better, how to get more people to do it, how to advertise it and get people’s attention.”

The Hearthstone team participated in Preview KSU!, an event for prospective students, on Oct. 18. The team had the chance to talk about Hearthstone and the Esports team.

The Esports team plans to go back to the HUE Invitational next year to defend its title as the Hearthstone champions.

To learn more about Kent State Esports, go to www.kent.edu/Esports.

To learn more about the HUE Invitational, go to https://hueinvitational.com.