Nicolas Talbott had an interest in joining the military since he was in high school, but instead he decided to come to Kent State to pursue a Bachelor of Arts degree in Sociology. 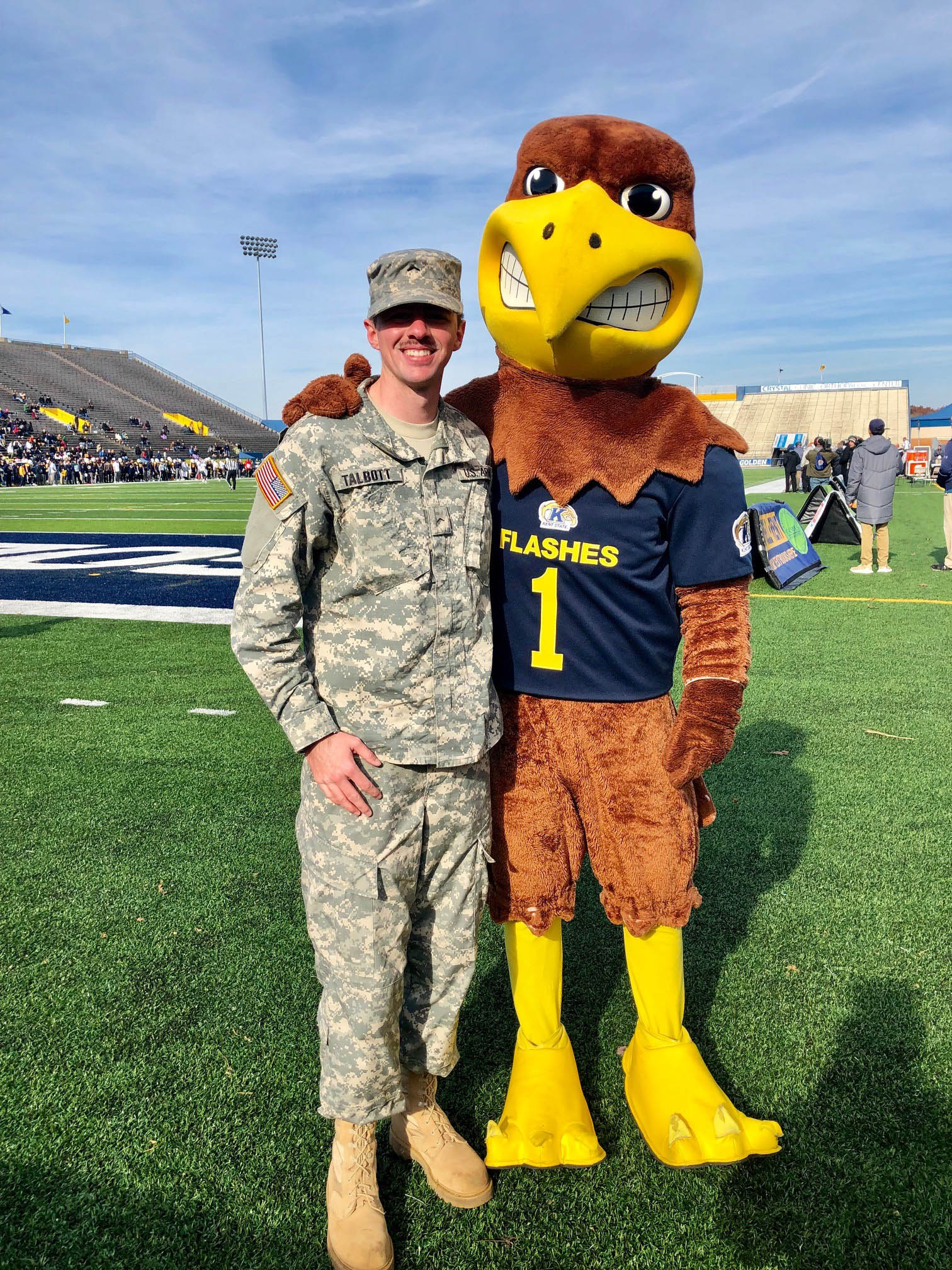 In the spring semester of 2015, Talbott took a course that was specific to intelligence, counter terrorism and security studies where he was encouraged by his professor to join the military.

“The professor had pulled me aside and said to me, ‘Nic, why aren’t you in the military? This is what you should be doing, I think that would be a great avenue for you to pursue this type of work,’” Talbott said.

After he graduated in spring 2015, he started to actively pursue potential options on the military’s ban on transgender troops.

In June of 2016, the Obama administration announced that transgender Americans may serve openly in the military, so later that year, Talbott met with a U.S. Air Force recruiter for the first time to file intake paperwork.

“I worked closely with this recruiter to gather the necessary paperwork to move onto the next step in the recruitment process, which is at the Military Entrance Processing Station (MEPS) for a physical exam and written exam,” Talbott said. “During our initial meeting, MEPS informed my recruiter that they would not be ready to process a transgender applicant until June 2017.”

In June 2017, MEPS informed Talbott’s recruiter that they were still not ready to process a transgender applicant. One month later, President Donald Trump sent out a tweet stating that he would not allow transgender people to serve in the U.S. military at any capacity.

“After Trump made those tweets, I followed a ton of transgender veterans on social media and one of them made a posting saying, ‘Are you a transgender person who’s been affected by these tweets and this impending ban? If so, reach out,’” Talbott said.

Because of the encouragement from the veterans on Twitter, Talbott got involved in the Stockman v. Trump lawsuit challenging the proposed ban on transgender military service.

After numerous months of gathering documents and doing all the necessary requirements needed, Talbott’s recruiter informed him that they hit another roadblock and would not be able to pursue his application further.

“The same day that my recruiter told me he couldn’t help me, I drove to the Army Reserves Officers’ Training Corps (ROTC) office in Kent and spoke with a recruiter there,” Talbott said. “I then became involved with ROTC.”

In fall 2018, Talbott started pursuing his second undergraduate degree in general business and began taking part in the Army ROTC.

The ROTC is traditionally a four-year program, but Talbott worked with the ROTC recruiter to sign up for ROTC basic camp, which would initially allow him to skip year two of the program; however, his plans changed when the most recent transgender military ban took effect in April 2019.

The policy allows transgender people to serve in the military if they enlist “as their birth sex,” which is not an option for Talbott, he said.

He spoke with the ROTC recruiter about the next steps and was informed that even in order to move forward, he would have to complete a physical exam, but knew he would automatically fail because he is transgender.

“I was told I would be allowed to attend Basic Camp and continue in the program, but I would not have the ability to contract into the U.S. Army, which is the goal of the program,” Talbott said. “Ultimately, my lawyers and I decided it would be in my best interest to drop out of the program rather than have the ‘failure’ on my record.”

The process has caused several challenges for Talbott over the years.

“I’ve always had a different avenue planned to be able to pursue military service,” Talbott said. “Aside from timing and putting my life on hold, it was additional student loans to take out, it was a lot of additional travel time and it was an overall big time commitment.”

The LGBTQ community and ROTC program at Kent State have both been very supportive and helpful throughout this process, he said. Right now, Talbott is focusing on the court cases and is actively working to raise awareness about this issue.

“I'm getting ready to do more media involvement again,” Talbott said. “When I was in ROTC, I was unable to do any type of media due to the requirements of the program, but I am getting ready to get my face back out there and start talking about this issue.”

There are currently four court cases in process. Talbott’s case, Stockman v. Trump, is currently in the U.S. District Court for the Central District of California. He is expecting at least one of these cases, if not all four, to go to the Supreme Court level.

To read more about the cases: