Herb Page to Retire After 41 Seasons 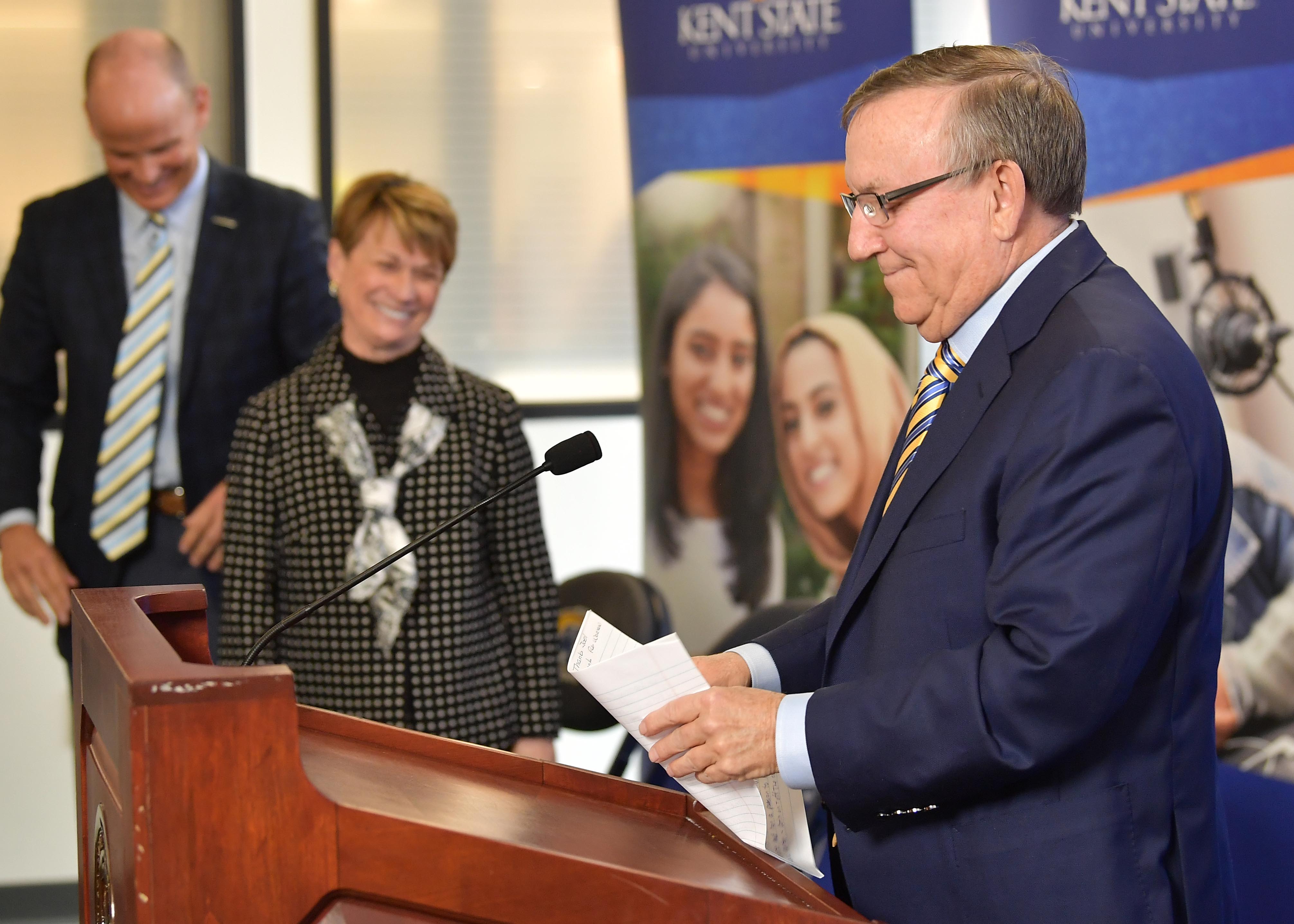 Kent State University's storied golf program will begin a new chapter in July. The 2018-19 golf season will be the final one for Herb Page as men's head coach and director of golf. On Thursday, Mr. Page announced his upcoming retirement and the appointment of Jon Mills as men's golf coach at the University.

After leading the men's golf team to 22 MAC crowns and being a part of 20 conference titles in 20 seasons from the women's team, Mr. Page is the proud owner of 43 MAC Championship rings.

To read the full story on the Kent State Sports website, visit https://kentstatesports.com/news/2019/3/7/mens-golf-page-to-retire-after-41-seasons.aspx