Skip to main content
Live Chat
Ya’el Courtney had an impressive undergraduate college experience at Kent State University, completing extensive research in her field while excelling in her coursework. She will be furthering her education in neuroscience this fall at Harvard University. 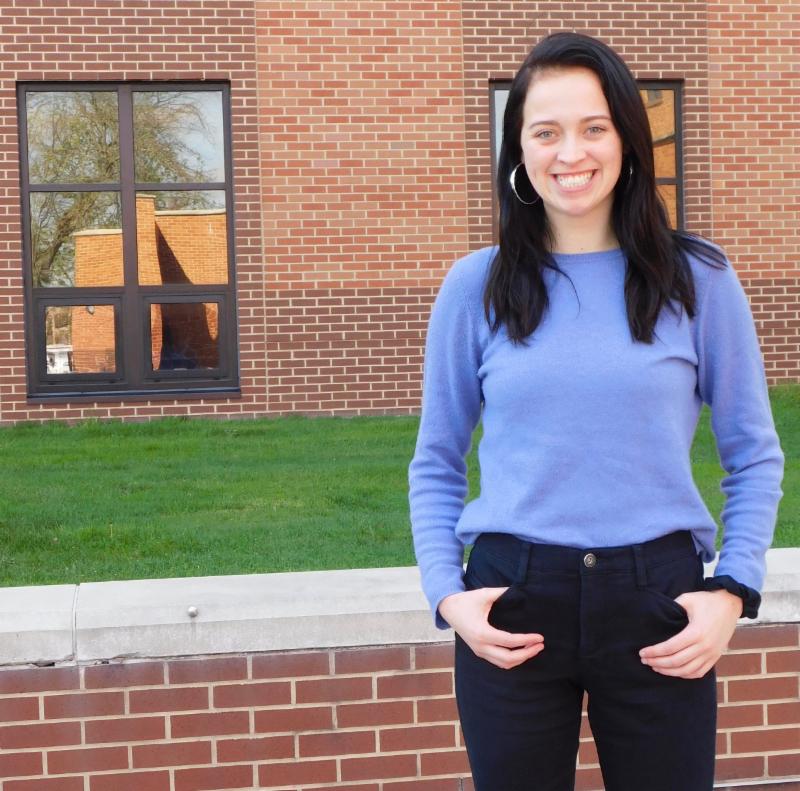 From Kent to Cambridge: Alumna Ya'el Courtney to Study Neuroscience at Harvard University

Ya'el Courtney Will Begin a Ph.D. Program in Neuroscience at Harvard University This Fall

Recent Kent State University graduate Ya’el Courtney will be furthering her education in neuroscience this fall at one of the country’s most prestigious academic institutions: Harvard University.

Ms. Courtney has had an impressive undergraduate college experience at Kent State, completing extensive research in her field while excelling in her coursework.

After receiving her General Educational Development (GED) diploma, Ms. Courtney enrolled at Kent State and was admitted into the Honors College, choosing to major in biology with a minor in chemistry.

Throughout her college education, Ms. Courtney became active in scientific research labs on campus. Working in labs in the psychology, sociology and biology departments and networking with faculty led her to travel to St. Louis, Missouri, for two summers to complete the National Institutes of Health-funded Washington University in St. Louis (WUSTL) Neuroscience Pipeline Program.

By the time Ms. Courtney had finished her junior year, she had begun to acquire the skills necessary for working in a wet lab. That summer, she traveled to Cambridge, Massachusetts, to work up to 70 hours per week at the Eli and Edythe L. Broad Institute of MIT and Harvard on the psychiatric research floor as part of the Broad Summer Research Program.

Ms. Courtney explains that her experience working at the Broad Institute was not only about the research but about learning how to effectively communicate her research findings. Ms. Courtney says that the professional communication training she received has allowed her to convey her knowledge efficiently while making science relatable to everyone.

She believes that the valuable skills she acquired throughout her education at Kent State greatly contributed to her admittance to a number of top-tier Ph.D. programs, including Harvard, Yale and Stanford.

The self-described planner notes that as an honors student, the personalized advising and financial assistance she received were very beneficial for her success.

In addition, Kent State's Honors College offers smaller classes in a robust discussion-friendly atmosphere that Ms. Courtney considers memorable. She says that such an environment was especially clear in her Honors Ethics course with Linda Williams, Ph.D., associate professor emerita of philosophy.

She also credits English Professor Sara Newman, Ph.D., her Freshman Honors Colloquium professor, for providing an open structure for learning, which fostered her and her classmates’ enthusiasm for knowledge. Ms. Courtney says that Dr. Newman inspired a three-way collaboration with Josh Pollock, Ph.D., assistant professor in the Department of Sociology. Together, the three explored regions of the brain that relate to autism through a 32-electrode electroencephalogram (EEG) study.

Ms. Courtney explains that combining work and research from two completely separate departments may not have been as widely accepted or supported in other colleges. Therefore, Ms. Courtney is thankful for the Honors College for its flexibility and for allowing her research to count as coursework credit.

Throughout her time at the university, she completed a Senior Honors Thesis/Project, authored several published peer-reviewed journal articles and presented at several national and international conferences.

As Ms. Courtney continues her education at Harvard, she intends to conduct a significant amount of research focusing on psychiatric diseases, specifically the potential cellular, molecular and/or genetic causes thereof and potential therapeutic targets.

She hopes one day her research findings may hold value to find cures for these diseases. Additionally, she hopes to one day partner with pharmaceutical companies to ensure that her research results are used to ethically manufacture medications to better remedy psychiatric conditions.

She says that she views this as a longitudinal effort and hopes that her research will contribute to her field and lead to monumental advancements in the area of neuroscience.