Skip to main content
Live Chat
Kent State quarterback Julian Edelman gets ready to throw a pass during a game against Kentucky. 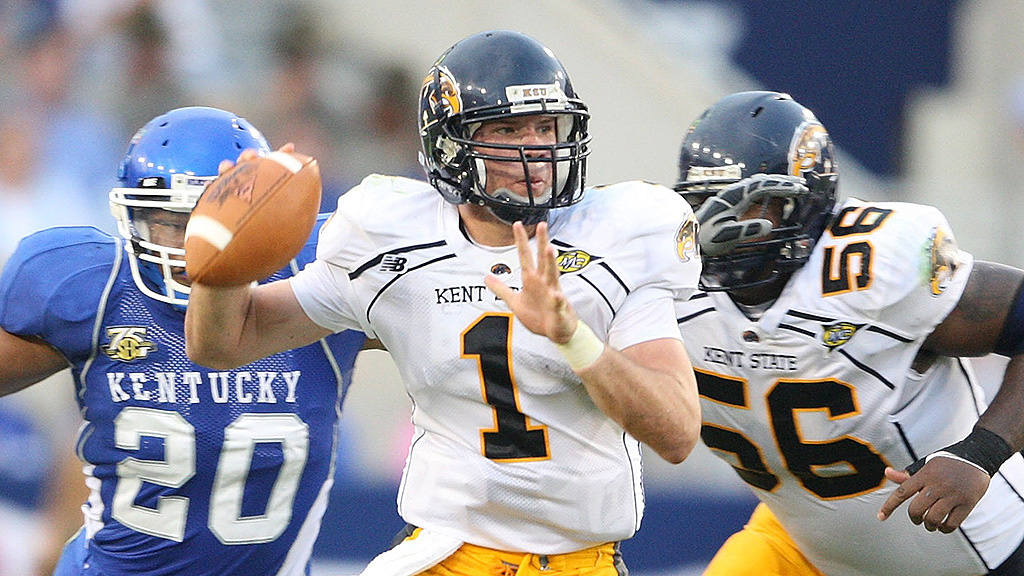 Tough. Competitive. Relentless. Determined to play in the NFL.

That’s Julian Edelman, the former New England Patriots receiver and Kent State University graduate, who is featured in the latest episode of “A Football Life.” The documentary-style series by NFL Films tells the untold stories of the most influential NFL icons.

In Episode 4 of Season 11 that premiered Nov. 25 on the NFL Network, “A Football Life” chronicles Edelman’s career, from his beginning in California and taking the junior college route at the College of San Mateo to playing at Kent State, a Division I school in the Mid-American Conference (MAC), to his 12-year career with the New England Patriots and then becoming a broadcaster following his retirement from the NFL.

His dad talks about the opportunity for Edelman to play at quarterback for Kent State in the episode.

“And then Kent State wanted to look at him, and that’s when we said, ‘Hey, it’s D-1, it’s low-level D-1, another steppingstone,” Frank Edelman said. “You just keep playing and keep getting better. That was our philosophy, you know, at that time. You know, let’s just keep playing.” 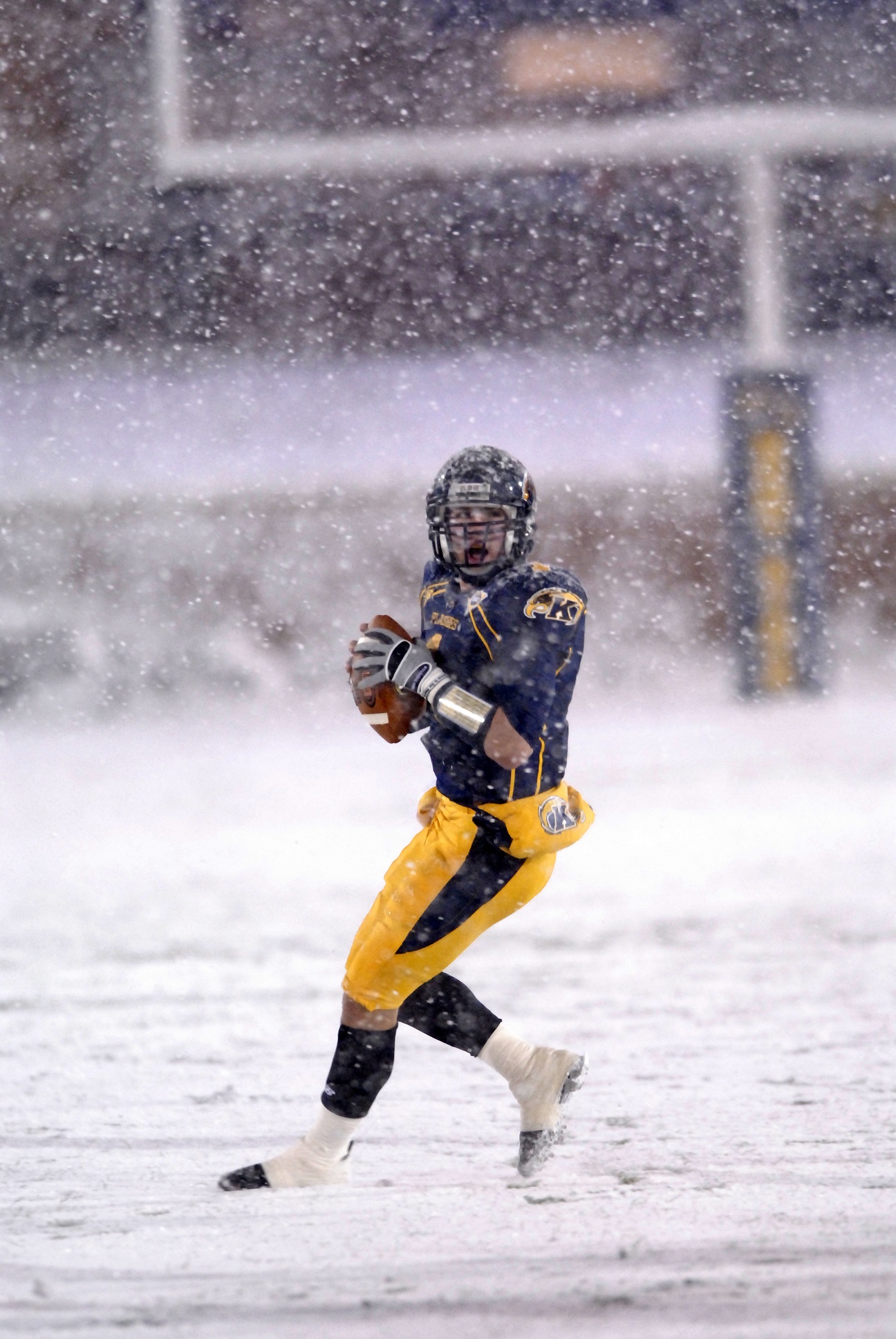 In a recent interview with the Akron Beacon Journal, Julian Edelman discussed falling in love with Kent State.

“I wanted to be a Division I quarterback,” Edelman told the newspaper. “I went and visited Kent, went and saw a practice, met [former Golden Flashes coach Doug] Martin, the staff, and I fell in love with Kent. Honestly, I fell in love with the opportunity. I felt after watching and experiencing Kent that, ‘Hey, I have an opportunity to come out here and start right away.’

“Kent State was a pivotal part of my football journey just because it was a Division I school. It was a school that gave me an opportunity to have the ball in my hands at all times. I didn’t play receiver, but I learned how to play in cold, had some great relationships, met some unbelievable teammates, coaches, and I got to experience the Midwest as a California kid.” 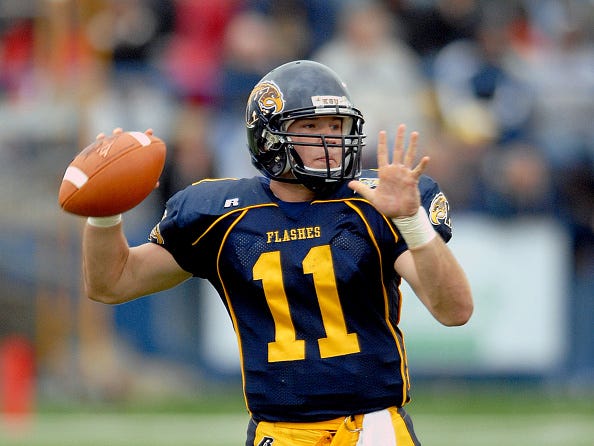 In “A Football Life,” the California native admits that he did not know where Kent State was located.

During his time at Kent State, Edelman excelled. He was an All-MAC quarterback for the Golden Flashes from 2006-2008. He served as a team captain during his 2008 season. Edelman owns the school record for rushing yards in a season by a quarterback when he rushed for 1,370 years in 2008.

His time at Kent State and training before the 2009 NFL Draft paid off when he was selected by the New England Patriots in the seventh round as the 232nd pick. He spent his entire NFL career playing for the Patriots, helping the team win three Super Bowls. Edelman was named MVP of Super Bowl LIII in February 2019.

A few months later in May 2019, Edelman crossed the commencement stage at Kent State’s Dix Stadium, the same location where he played home football games during his collegiate career, to receive his bachelor’s degree. His parents were there for the special occasion. 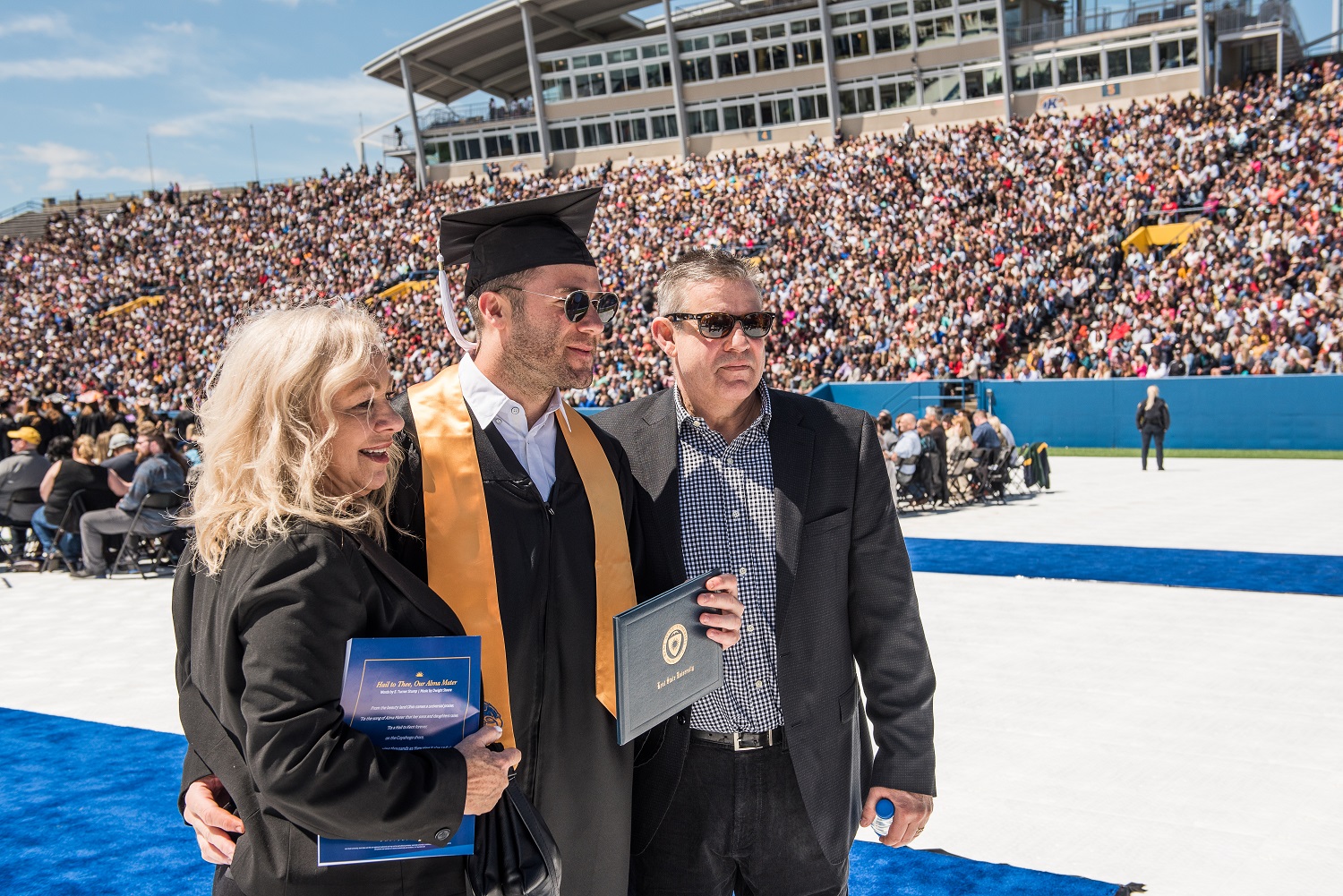 “To fulfill a promise with my parents is ultimately one of the biggest reasons why I came back,” Edelman said in 2019 about finishing his degree 13 years after he first joined Kent State. “My whole journey has been a team effort, and that team I’m talking about is my family. They’ve been in my corner through the highs to the lows. They’re the ones that have pushed me to heights that I thought I’d never get to.

“Earning my degree from Kent means a lot to me,” he continued. “This is one of my first parts of my journey where it all started. Getting here and having my parents here and my family to witness this is one of the first goals that I had going into my young adult life. So, to be able to come here and fulfill that, it’s unbelievable.” 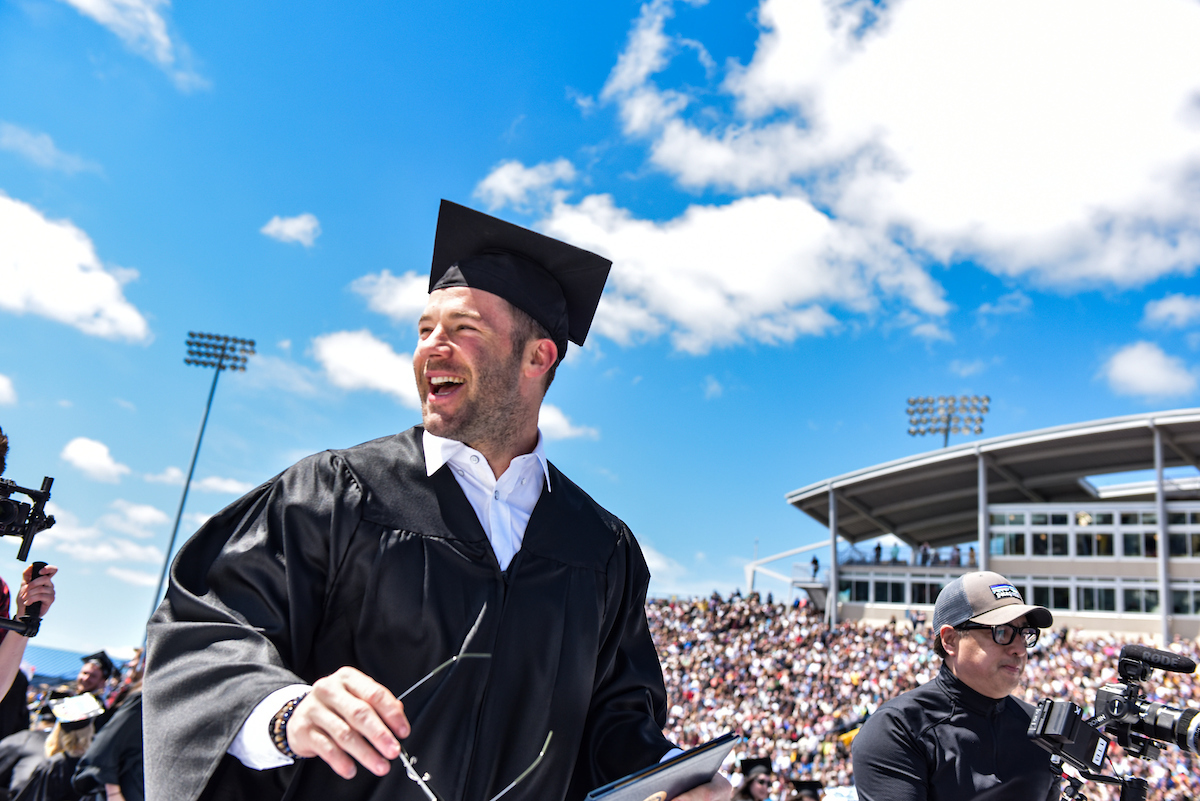 The Super Bowl MVP has not forgotten his blue and gold roots. Edelman has stayed connected to Kent State and his Golden Flashes family. In 2014, Edelman co-hosted an athletics department auction. He served as Kent State’s Homecoming Grand Marshal in 2015.

Also in 2015, Edelman was inducted into the university’s Varsity “K” Hall of Fame, which pays tribute to former student-athletes, coaches and administrators who through the years have brought recognition to Kent State’s Department of Intercollegiate Athletics and who continued to demonstrate in their daily lives core values learned in intercollegiate athletics. 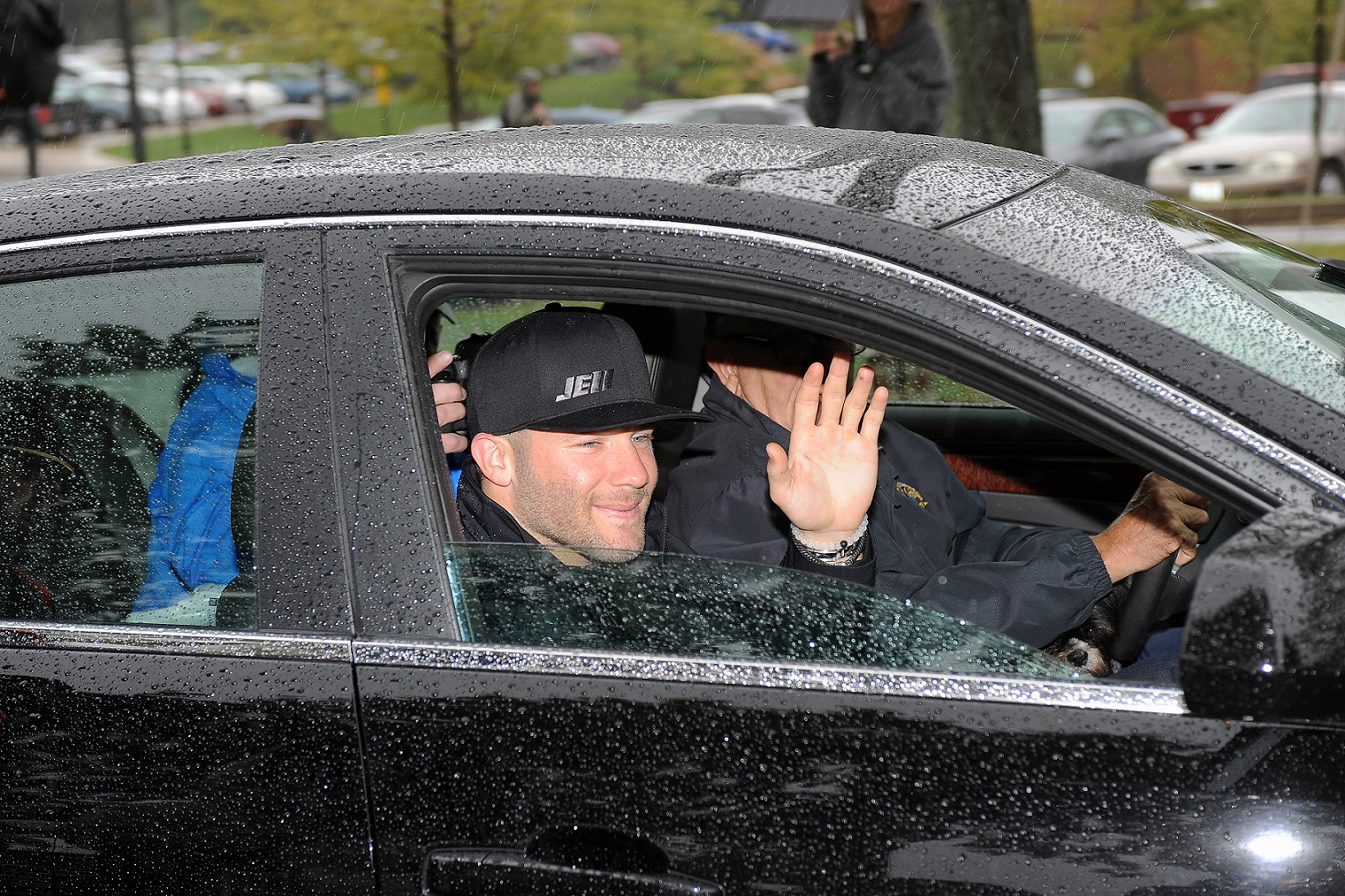 Even though Edelman retired from the NFL after the 2020 season and is no longer playing football, he can still be seen and heard. Edelman currently serves as an analyst on “Inside the NFL” that airs on Paramount+ and appears in Verizon television commercials. He also has a sports history podcast called “Games With Names” that he co-hosts with comedian Sam Morril.

Edelman is not the only Golden Flash to be featured by NFL Films on “A Football Life.” In Season 10 of “A Football Life,” Kent State alumni Nick Saban and James Harrison had their football careers chronicled with their own episodes.