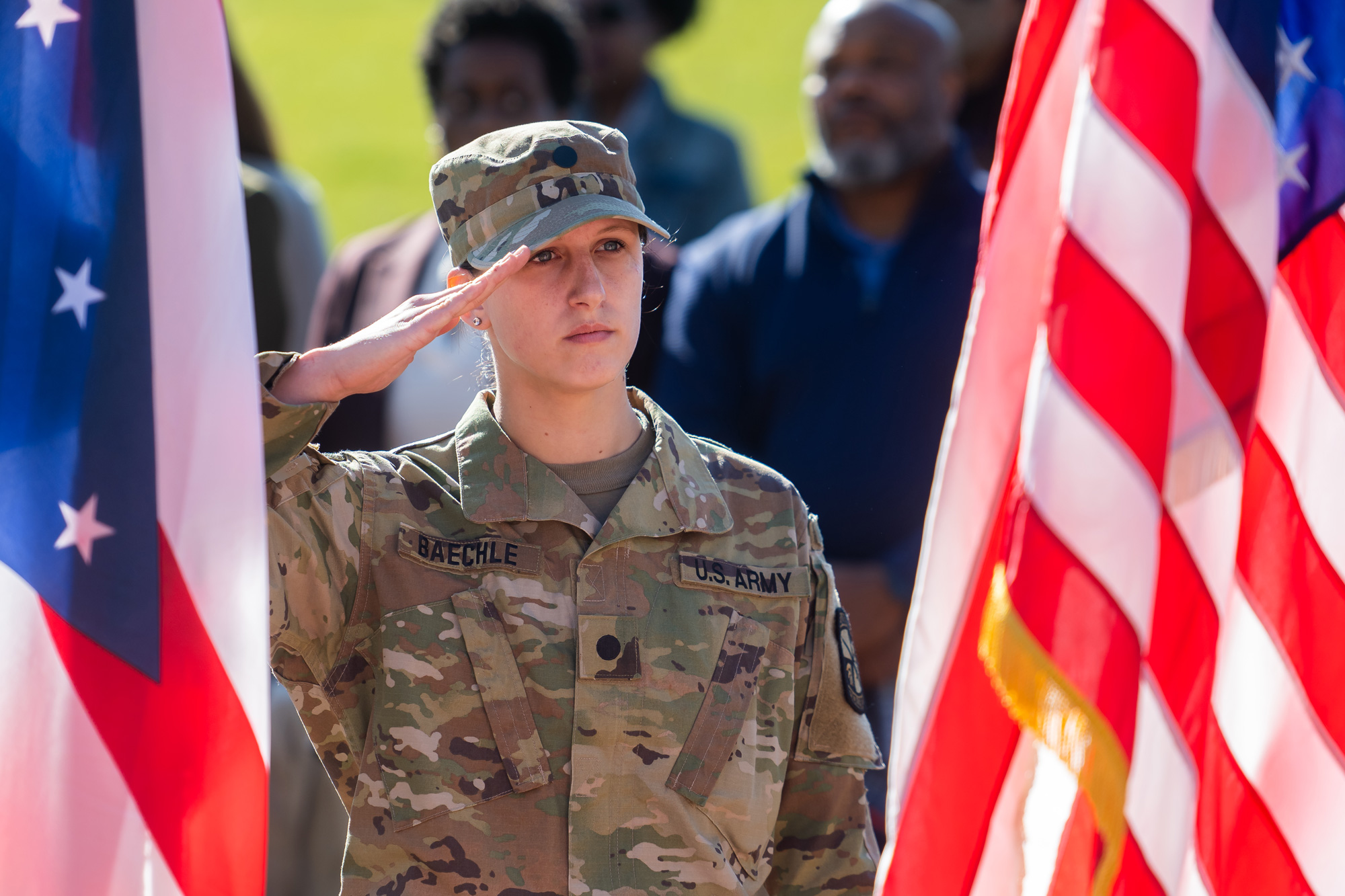 Kent State University invites all to pay tribute to those who have served in the U.S. armed forces and attend the university’s annual Veterans Day Commemoration. The event will take place at 11 a.m. on Thursday, Nov. 10, at Risman Plaza on the Kent Campus. Risman Plaza is located in front of the Kent Student Center. 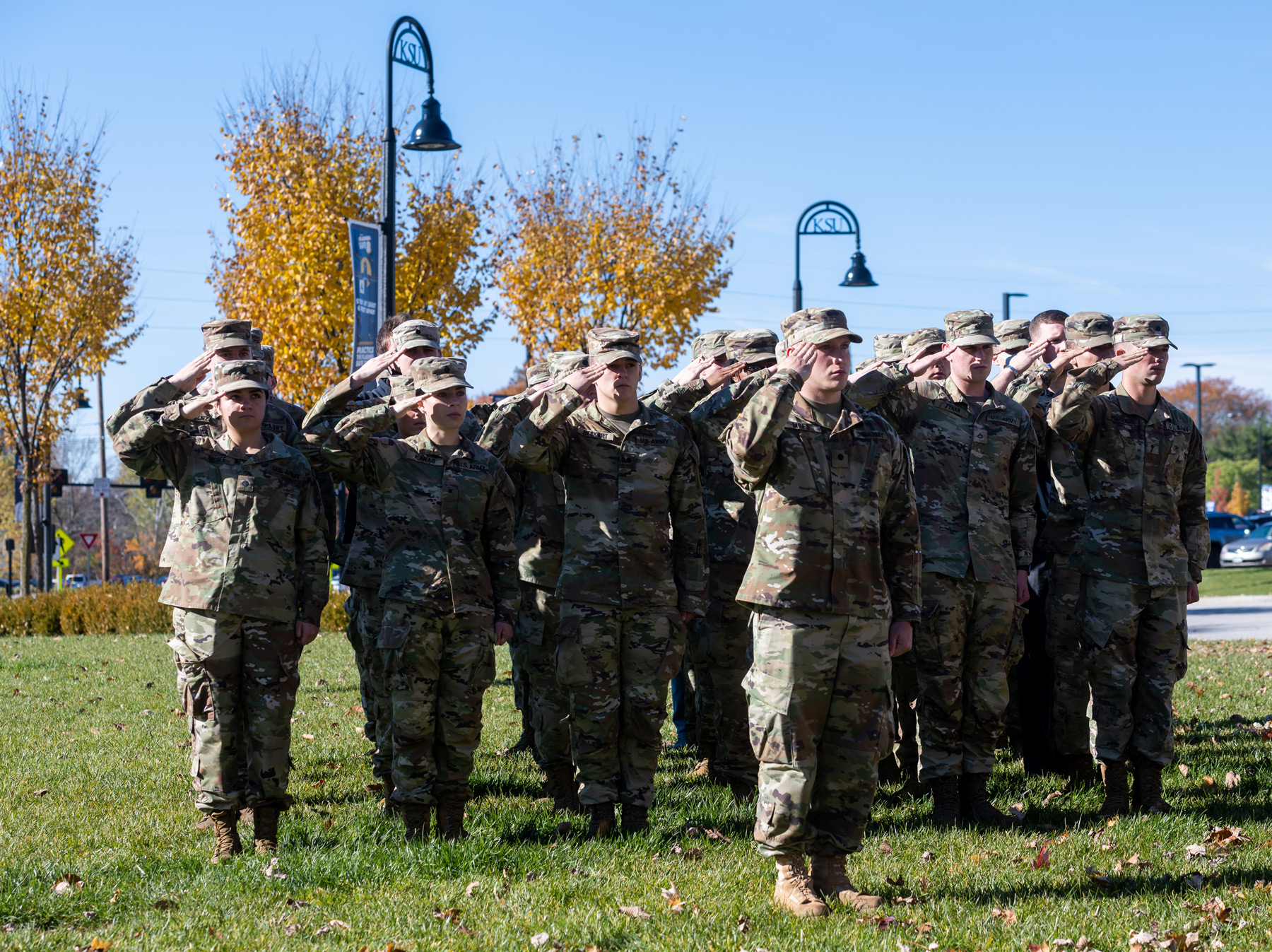 The program, titled “Honoring All Those Who Serve,” will include a flag-raising ceremony conducted by a joint color guard from Kent State’s Army ROTC and Air Force ROTC programs on the Student Green at Risman Plaza; Tim Coyne, senior business manager for Kent State’s Division of Student Affairs, serving as bugler; the national anthem performed by Kent State student Elyse McCullough; the “Service Song Medley”; an invocation by the Rev. Kris Herman; and welcome remarks from Kent State President Todd Diacon. 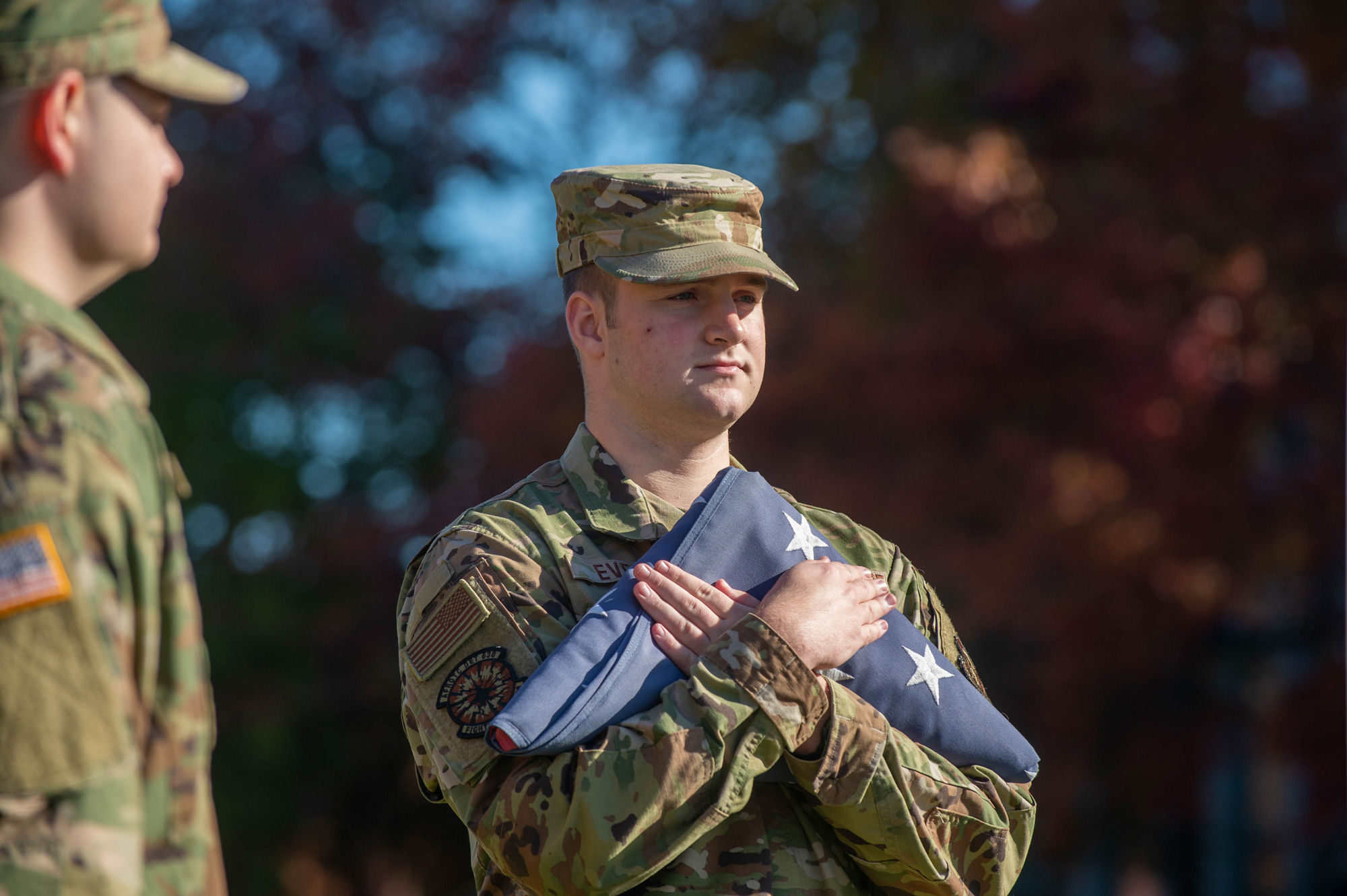 Serving as emcee is Maureen McFarland, Ph.D., associate dean of academic affairs for the College of Aeronautics and Engineering at Kent State. She graduated from the U.S. Naval Academy with a degree in aerospace engineering before commissioning as a second lieutenant in the U.S. Marine Corps. McFarland served on active duty as an electronic countermeasures officer, completing three combat tours. She also worked as the selection officer at Kent State before transitioning to the Marine Corps Reserve. 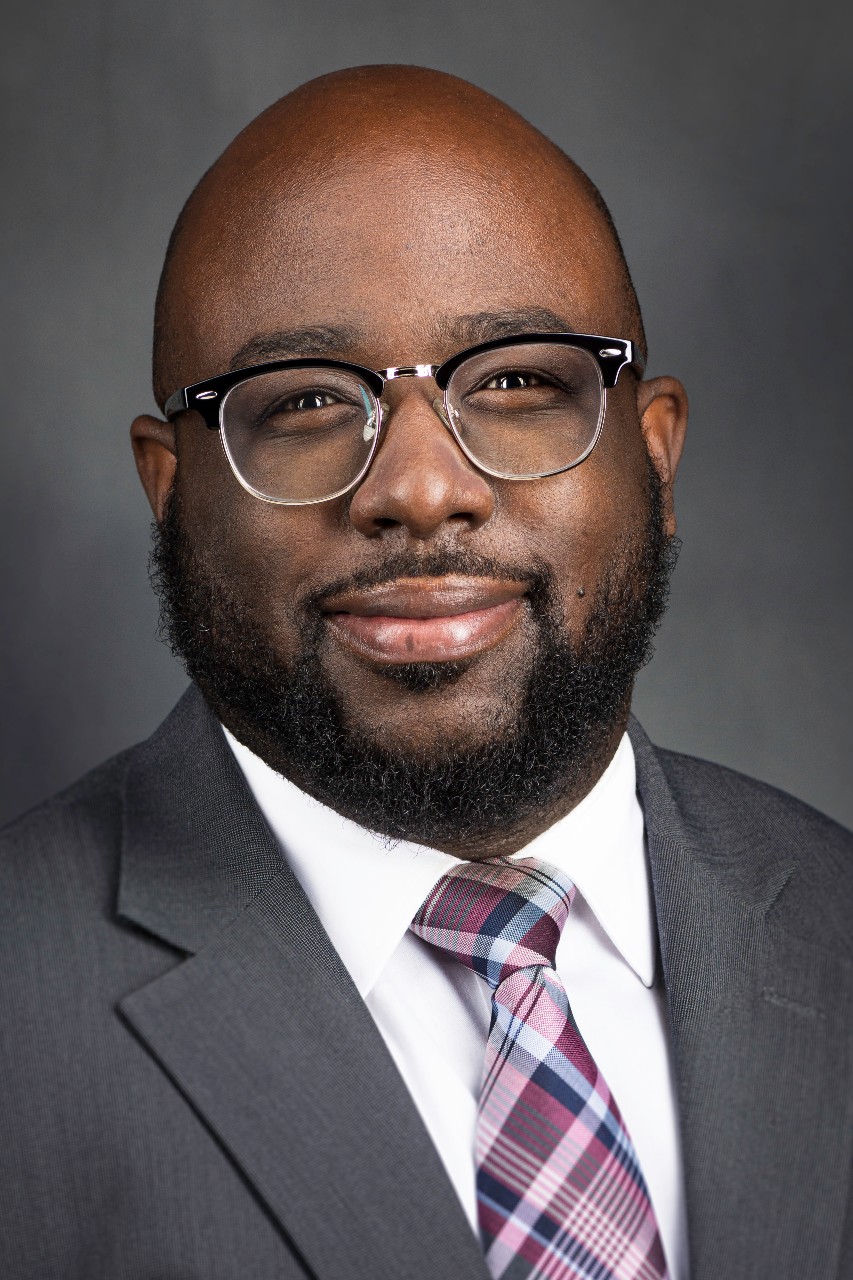 This year’s keynote speaker is N. J. Akbar, Ph.D., associate vice president for diversity, equity and inclusion at Kent State. Previously, he has served in several roles at Kent State, most recently as assistant dean for academic diversity in University College.

Akbar comes from a military family with deep roots with family members serving during almost every war or conflict since World War I. His father was in the Air Force during Vietnam, serving in attachments in Germany, Puerto Rico and California. Most notably, Akbar’s grandfather, the late Albert Taylor Nelson Sr., was a Buffalo Soldier in World War II as a part of the famed 92nd Infantry Division that is credited for being the reason for defeating the Axis forces in the Italy Theatre in the summer of 1944, which led to the Allied forces winning the war. His picture currently hangs on a display of the Buffalo Soldiers from WWII at the Heritage Park Veterans Museum in McDonough, Georgia.

Akbar has continued this legacy of service starting in high school volunteering as tutor and class president for two years, leading his junior ROTC battalion as battalion commander at the rank of cadet lieutenant colonel and later as a leading student senator in student government at Eastern Michigan University. Today, he is an elected member of the Akron Public Schools Board of Education, where he is serving his second year as president.

He holds a doctorate in cultural foundations from Kent State. He also earned his Master of Arts in educational leadership and Bachelor of Science in history and English for secondary education from Eastern Michigan.

The Nov. 10 event will also be livestreamed at www.kent.edu/veteransday.