A Kent State University College of Nursing student who graduated Aug. 20 recently was honored by the city of Cuyahoga Falls, Ohio, along with her sister, for working to save the life of a woman who fell ill while playing volleyball. 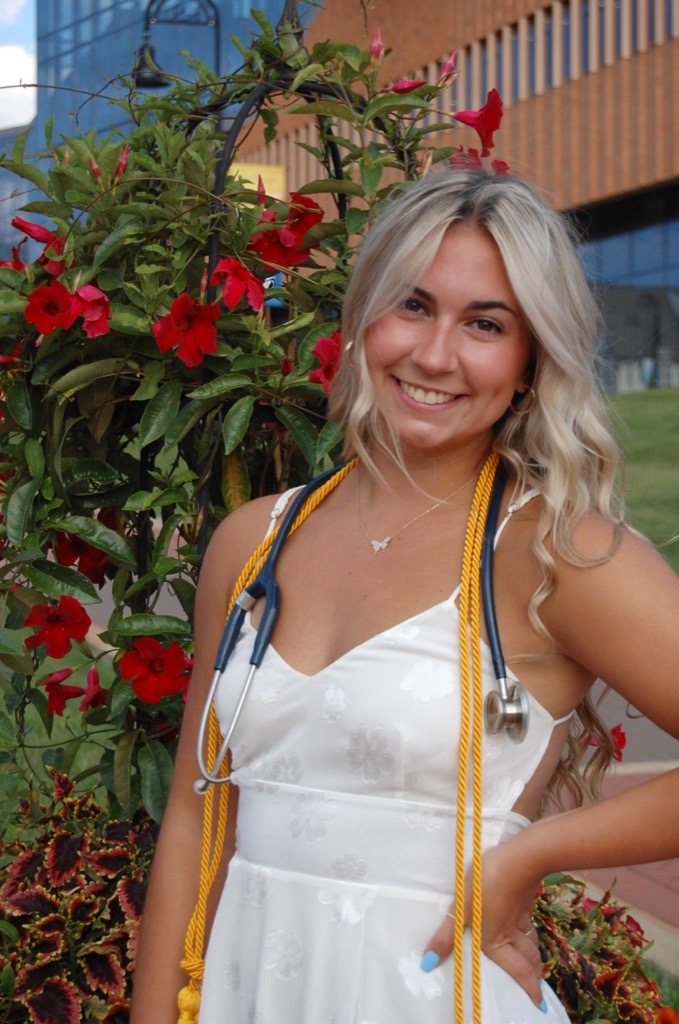 Nicole Bechter, who graduated with her bachelor's degree in nursing during summer commencement, currently works as a nursing technician at Akron General Medical Center in addition to her referee job. The two performed CPR on the woman until paramedics arrived.

Last month, both sisters were honored by the city of Cuyahoga Falls, their hometown.

"I could not be prouder of Lindsey and Nicole's quick, lifesaving efforts," Cuyahoga Falls Mayor Don Walters was quoted in the Akron Beacon Journal. "They are the epitome of community service in action here in our city."

Read the full article on the sisters' lifesaving efforts and their honor.