Kent State Professor Shares Theories on the Naming of America

Another October, another Columbus Day. 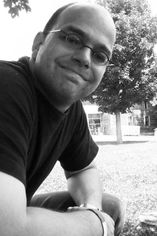 But if Columbus sailed the ocean blue in 1492, why does the United States bear the name of Amerigo Vespucci, an explorer who did not come along until 1499?

It has to do with a great public relations campaign on Vespucci’s part, and  stubbornness on Columbus’s part for refusing to admit that he had discovered new lands, not Asia, explains Matthrew Crawford, Ph.D., Kent State University associate professor of history, in an article in the online magazine Live Science.

Dr. Crawford features prominently in an article by author Laura Geggel for Livescience.com, which explores the topic of why Columbus was overlooked for the naming of America.

The answer, Dr. Crawford explained, has to do with Columbus' poor reputation at the time European mapmakers were naming the newfound continents, as well as a highly successful publicity campaign by the Italian explorer Vespucci, who landed in the new world seven years after Columbus.

Read the entire article at https://www.livescience.com/63778-why-america-not-named-for-columbus.html