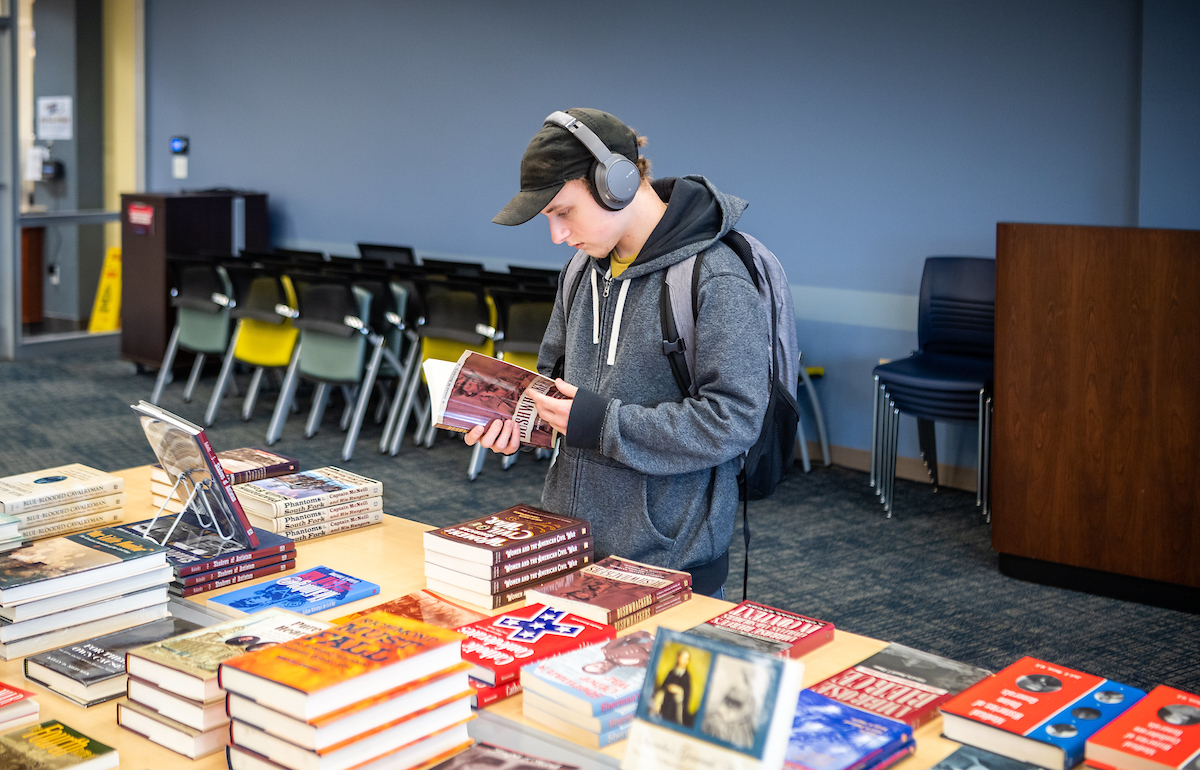 The Kent State University Press publishes dozens of titles each year, from crime fiction and poetry to history and biographies, all of which make for great holiday gift giving.

“We’ve had a stellar lineup of titles for 2022, including two books with KSU's Wick Poetry Center: ‘Dear Vaccine,’ which was featured on the PBS NewsHour and ‘Sister Tongue,’ winner of the Wick Poetry Award,” said Julia Wiesenberg, marketing and sales manager for The Kent State University Press.

Wiesenberg said anyone who purchases a book from the online store can receive a 30% discount by using the promo code "ENJOY30."

Here are Kent State University Press’ most notable titles for 2022: 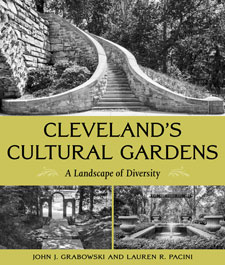 From their beginnings as private farmland to their current form as monuments to cultural and ethnic diversity, the unique collection of landscaped, themed gardens that compose Cleveland’s Cultural Gardens holds a rich history. Grabowski guides readers through this story using archival images and Pacini’s contemporary photography. 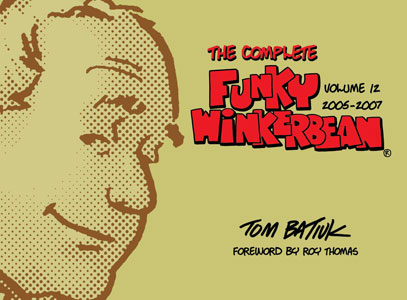 “Funky Winkerbean,” a newspaper staple since 1972, which will retire at year’s end, is one of the few comic strips that allowed its characters to grow and age. As time passes and the characters evolve, readers are reminded that not only does Funky have a future, but the strip has a rich past. Batiuk’s signature narrative-driven humor remains a constant throughout. This 12th volume, spanning from 2005 through 2007, embraces the strip’s past while casting an eye to a bright future. 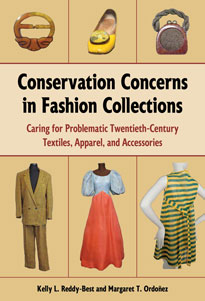 A comprehensive guide to problematic 20th-century textiles, “Conservation Concerns in Fashion Collections” provides a manual for the identification, care and damage reduction of seven different categories of objects and textiles. Robust in their research, Reddy-Best and Ordoñez guide readers through the damaging properties of various materials such as adhesives and plastics and provide textile-specific cleaning, storage and exhibition advice. This essential reference is easy to navigate and includes scores of helpful photographs illustrating each topic. 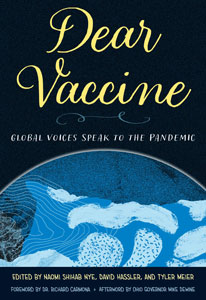 A project of Kent State’s Wick Poetry Center and featured on the PBS NewsHour, this book is a compilation of poetry submissions from around the world that reflect on the COVID-19 pandemic and the hope that vaccines brought.

In March 2021, the Wick Poetry Center and the University of Arizona Poetry Center launched a website for the Global Vaccine Poem project, inviting anyone to share experiences of the pandemic and vaccination through poetry. “Dear Vaccine” features selections from more than 2,000 poetry submissions to the project, which came from all 50 states and 118 countries.

Nye, an internationally acclaimed author, wrote the introduction, highlighting the human dimensions found across the responses. Richard Carmona, the 17th Surgeon General of the United States, provides a foreword that contextualizes the global scope of the problem, as well as the political and public health dimensions.

“In the Heart of It All: An Unvarnished Account of My Life in Public Service” by Richard F. Celeste 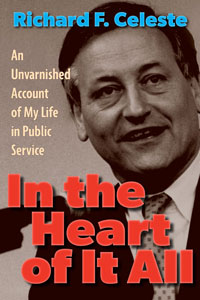 This just-released memoir from former Ohio Governor Richard “Dick” Celeste, trances his life's journey from his beginnings in northeast Ohio to Yale, Oxford, Washington D.C., the Ohio governor’s residence, India and beyond.

“In the Heart of It All” offers a frank and expansive account of Celeste’s personal and professional life, including his disappointing defeats and thrilling victories.

Celeste served two terms as Ohio’s governor, tackling an epic savings and loan crisis along with mental health reform and job creation, and later went on to serve as Ambassador to India and president of Colorado College. He is currently a trustee of the Gates Family Foundation and Global Communities. The father of seven children, Celeste resides in Colorado with his wife, Jacqueline, and is involved with numerous charities.

“MedSpeak Illuminated: The Art and Practice of Medical Illustration” by François Luks 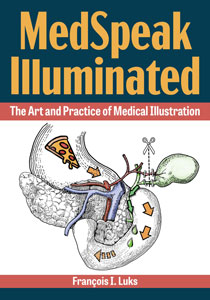 Living at the intersection of medicine and art, medical illustration is a field that is not well understood by most — especially by physicians and other healthcare practitioners. In this comprehensive and practical guide to medical illustration, pediatric surgeon Luks provides a useful overview of the field and explains its essential function in facilitating true communication between healthcare providers and their patients.

“No Place for a Woman: Harriet Dame’s Civil War” by Mike Pride 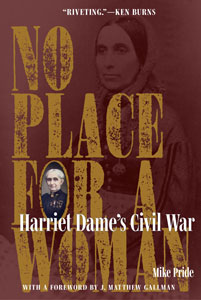 “No Place for a Woman” draws on newly discovered letters written by Dame and includes many rare photographs of the soldiers who knew her best, of the nurses and doctors she worked with and of Dame herself. This biography argues that in length, depth and breadth of service, it is unlikely that any woman did more for the Union cause than Harriet Dame. 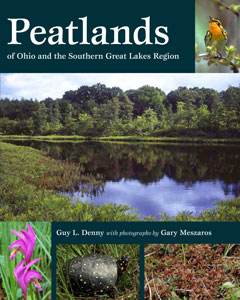 Peatlands, and specifically bogs, have long been a source of fascination for humans as true living relics of the Ice Age. Most recently, bogs have come to be regarded as complex and fascinating wetland ecosystems. “Peatlands of Ohio and the Southern Great Lakes Region” focuses on the sphagnum peat bogs and rich fens of the lower Great Lakes states of Illinois, Indiana, Ohio, southern Michigan and the glaciated northern corners of Pennsylvania.

Denny, with accompanying photographs by Meszaros, closely examines this habitat and its special environmental constraints, the geological and climatological origins and the flora and fauna unique to the bogs and fens of this region.

“Red, White, and Blue on the Runway: The 1968 White House Fashion Show and the Politics of American Style” by Kimberly Chrisman-Campbell 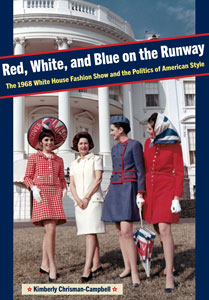 This book offers a behind-the-scenes look at the only fashion show held at the White House and the intersections of fashion and politics.

On February 29, 1968, the White House hosted its first — and only — fashion show. At the time, the patriotic event was lauded by the press, and many predicted it would become an annual occasion, especially since fashion had grown to become the fourth-largest industry in the United States, employing 1.4 million Americans, more than 80 percent of them women. But the social and political turmoil of that particular year — from the Vietnam War, the civil rights movement and the assassinations of Dr. Martin Luther King Jr. and Senator Robert F. Kennedy — cast a shadow over the festivities.

Using eyewitness accounts as well as carefully preserved records, artifacts and previously unpublished images, “Red, White, and Blue on the Runway” re-creates the once-in-a-lifetime event and explores the reasons why the first White House fashion show was destined to be the last. 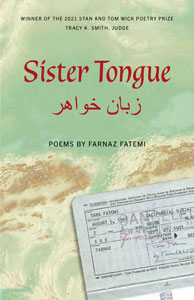 Fatemi’s poetry delves into the intricacies of the relational space between people, the depth of ancestral roots and the visceral memories that shimmer beyond the reach of words.

A Wick Poetry Award winner, the poems in “Sister Tongue” explore negative spaces — the distance between twin sisters, between lovers, between the Farsi and English languages and between the poet’s upbringing in California and her family in Iran – which vibrate with loss and longing, arcing with tension. Through the work of this reckoning, Fatemi reveals how connections between people and places might be forged.