“When I set my mind to something, I tend to go above and beyond.”

When searching for a job in her final semester as a fashion merchandising major this past spring, Jenna Palek, '20, realized that during a global pandemic, very few companies would be hiring. Undaunted, she told herself “I simply will not take ‘no’ as an answer,” knowing “I was capable of finding not only a job but a great one.”

Searching on LinkedIn, she found a listing for a position with TikTok that seemed ideal for a candidate with her qualifications. “I knew I was made for the position,” she said.

Feeling a little discouraged by knowing that there were thousands of applicants that likely shared her qualifications, she decided to set herself apart by going “all-out.”

“For anyone who knows me personally,” Palek said, “when I set my mind to something, I tend to go above and beyond. I always want to be proud of what I create and put out into the world.”

“I have never felt as though a resume can truly exemplify your work ethic, values and possible contribution to company culture,” she said. Wanting a way to truly show her enthusiasm and fit for this position, Palek stayed up until 5 a.m. designing a custom TikTok-themed resume. Eventually, she needed a break. She decided to take a nap and finish the application in the morning.

When she woke and went online to submit her themed resume, she found that the job posting had been taken down. She was upset at first, but then had an epiphany.

“The app (TikTok) is all about highlighting your creativity, and I needed to do something else to be noticed,” Palek said, “What better way to show my commitment to this job than for me to create a video that explained who I am, my job experience and why I’m perfect for the position?”

A bonus, she thought, would be for the world to see her effort and make her video go viral.

##greenscreen ran out of time, but Tiktok help a girl out! Like and tag @tiktok so they notice me!! ##tiktok ##dreamjob ##help

Shortly after the video was posted, it enjoyed a high level of engagement, and viewers seemed interested and inspired by Palek’s non-traditional approach. Two days after the video was posted, Palek received a call from Los Angeles. It was the lead talent acquisition manager for TikTok. Palek’s video had been circulating among the employees at TikTok’s Chicago office, who shared it with other employees, who then shared it further until it reached their human resources department. The video had caught their attention. (Paleks’s TikTok video had received more than 220,000 views – just a day and a half after it was posted.) They found Palek’s application and were impressed with her credibility, experience and creativity. She had daily interviews over the course of the next week and was offered the job – six days after that first phone call.

“They loved that I was able to utilize the platform in such a unique way, and I think innovation is what TikTok is all about,” Palek said. 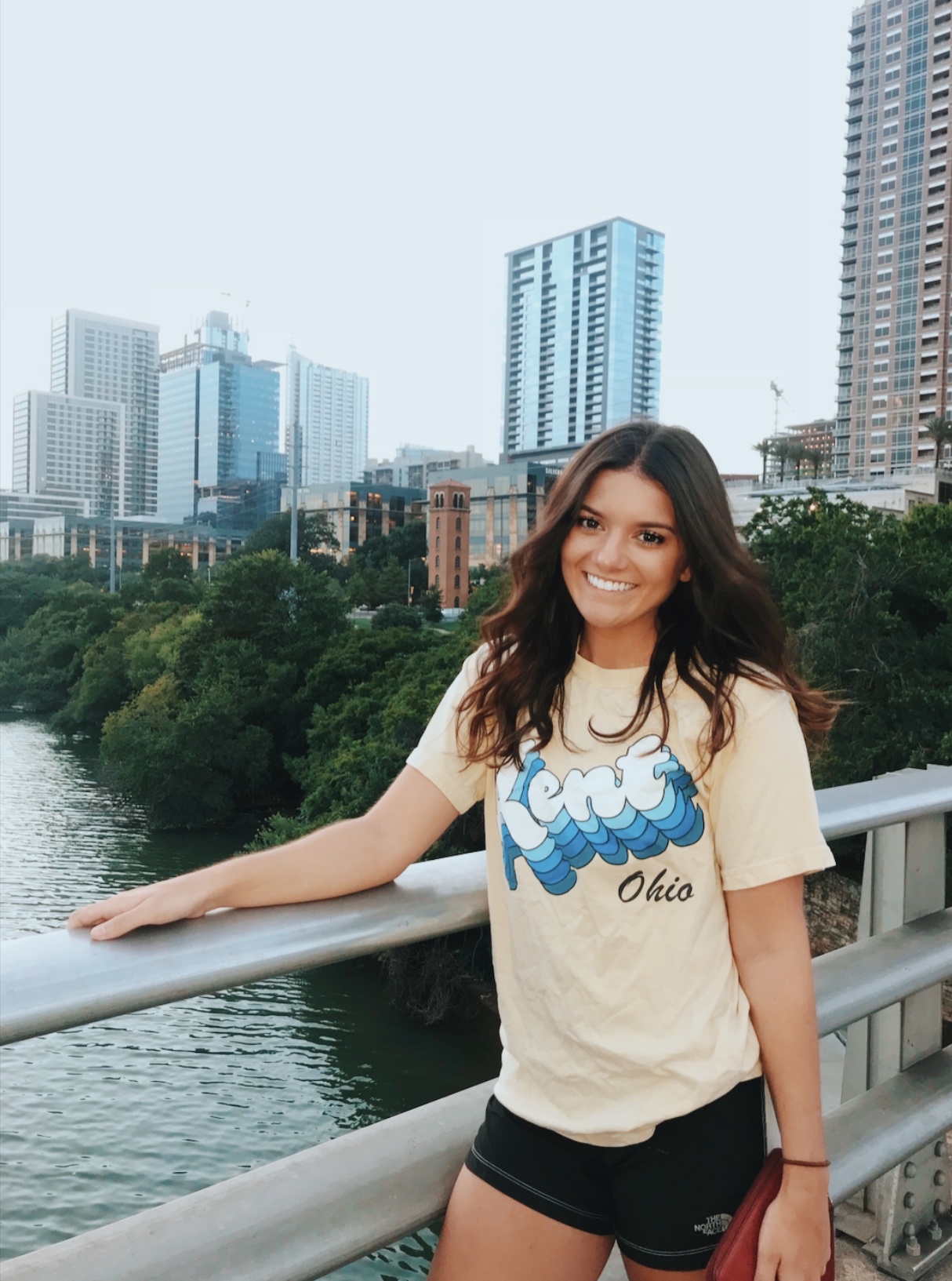 Advice for other students

Palek had prepared themed resumes when applying for other positions. She feels that it is a way to express that she is in-tune with the company’s brand and culture. When asked about any other tips she might give to job seekers, she answered “LinkedIn.”

“I absolutely love LinkedIn and believe it is essential to network regardless of your industry,” Palek said. “It is important to consistently engage whether that is sharing updates to your profile or commenting and liking other posts. I use LinkedIn as an extended resume – share photos from creative projects, always use quantitative date when applicable, and connect with employees at the company you are applying to.”

“It is so important to brand yourself,” she said. “I believe all of my social media accounts truly encompass the light-hearted, hardworking and positive person I aspire to be. Find your niche, be consistent and never be afraid to take risks. I use every rejection as a chance to motivate and challenge myself.”

Palek’s initial post on TikTok continues to draw attention and currently has been viewed more than 1.6 million times.

She said, “the video was actually a spur-of-the-moment idea and only took me a few minutes to make, but I am grateful for the outcome and the response I have received, not only from TikTok, but also people around the world who are struggling to find job opportunities and used my video as a motivation to up their application approach.”

Palek made friends quickly on the campus she calls her “home away from home.”  She counts joining the Alpha Phi sorority as a freshman as a key factor in helping her meet the people that made Kent State feel like home and create some of her greatest memories on campus.

Palek said, “I think Kent has a very unique community of students, prestigious education, a welcoming hometown feel, and a place for everyone on this campus.”

“Attending Kent State’s fashion school, I feel well prepared to start my career and know that I have a large network of peers and professors who take pride in being a Golden Flash,” she said.

Fully engaging the campus experience helped Palek gain leadership experience and skills that enriched her course of study. In addition to taking on leadership roles within her sorority, she also worked as a campus director for University Tees – a custom apparel company based in Lakewood, Ohio. For three-and-a-half years, Palek virtually ran her own business on campus, working with many of the 400+ student organizations on campus to provide apparel for their groups. This opportunity allowed her to network with students across the university, gain valuable sales experience and become involved with campus events involving nearly every facet of university life.

Serving in various roles for her sorority’s recruitment and philanthropy efforts, Palek says, taught her the value of “accountability, integrity and teamwork.” These duties, along with being a full-time student, running her University Tees business and working part-time jobs further prepared her for career success.

“I became very aware of time management, relationship building, and not only how to set goals, but the importance of following through with your responsibilities,” Palek said.

Palek began her position as a brand development manager at TikTok’s offices in Austin at the beginning of July. The initial job description includes selling in-app ads to mid-market companies, but Palek expects to learn more about her responsibilities after her start there.

One of the things she learned as a fashion major at Kent State that she feels will apply to her new role is trend forecasting.

“It is important to be able to identify how different companies can apply these trends to their specific brand to stay relevant,” Palek said. “Being able to start trends is even more important for success on the platform.”

She was familiar with Austin after spending two summers interning for Sherri Hill, a designer specializing in elegant, special occasion dresses. Palek said that she “fell in love” with the city during her time there.

“The energy of the city is so infectious, and I am incredibly excited to start a new life outside of my small town in Ohio,” said Palek. “I believe the only way to grow is to step out of your comfort zone, and I am doing just that as I move to a new city with new people, a new job and new goals for my future! The barbecue there is also a nice perk!”