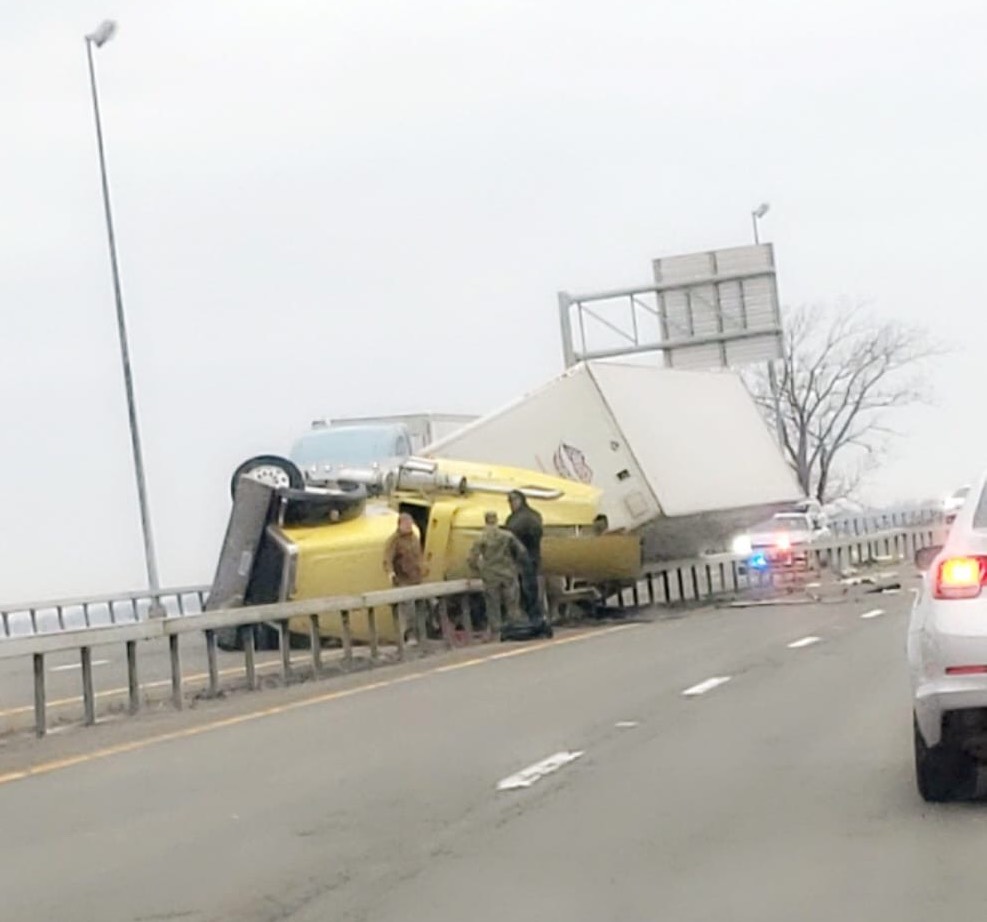 The National Weather Service in Cleveland issued a high wind warning on Feb. 24, warning drivers to be cautious on the roads.

Jacob Thompson, a Kent State University sophomore aeronautics and engineering major, nonetheless braved the harsh winds during his regular commute back to the Kent Campus from his Coast Guard drill training in Port Clinton, Ohio.

The trip turned out to be anything but ordinary, as Mr. Thompson watched a severe gust of wind lift a semitractor-trailer into the air and flip it over.

“The winds were crazy strong that day,” Mr. Thompson said. “I, myself, was having trouble staying in my lane, so I slowed down and realized the semis were weaving all over the road. There was one up ahead, and he was struggling really badly.”

Mr. Thompson said that once the struggling semi approached a curve in the road, the wind lifted the trailer of the truck and threw it off the road and into the center guardrail.

“Adrenaline instantly kicked in,” Mr. Thompson said. “My instincts were to get over there as quick as I could.” 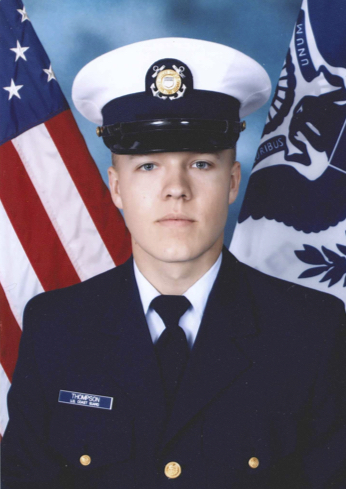 Mr. Thompson, who was still in uniform, rushed to the scene to check on the driver of the truck. He climbed inside the cab through its split-open roof and ripped off excess plastic and debris, searching for the driver. Once he located him, Mr. Thompson pulled the driver out of the overturned semi as another bystander came over to help.

Once the two men moved the driver away from the accident, an off-duty fireman showed up to help. The driver seemed frazzled and shaken up, so Mr. Thompson worked to calm him down.

“I looked at him and said, ‘Hey man, I came in there and pulled you out,’ and I told him what had happened,” Mr. Thompson said. “He thanked me, gave me a big hug and then thanked me for my service to the country.”

The driver escaped the accident with just a few cuts and bruises.

“People tell me I’m a hero and deserve a medal or something, but that’s not it at all,” Mr. Thompson said. “I didn’t do any of this for recognition, I did it solely because my instincts kicked in from basic training and how to react in stressful situations.”

Mr. Thompson said that he joined the Coast Guard because he wanted to help people and save lives.

“Luckily, on that day, I just happened to be in the right place at the right time and was able to get him out of there and ensure that he was OK,” Mr. Thompson said.