Turmoil from recent wars and tragedies causes millions to be displaced every year. This year is no exception with the intensifying conflict in Ukraine, forcing millions of refugees to find safety elsewhere. Not only do these refugees need shelter, but they also need education and the opportunity to have new life experiences in different countries.

The Communication in a Global Society class aims to respond to this and other humanitarian crises by involving students to advocate for refugees affected by global events. This semester the class is localizing this by having students focus on making Kent State University more welcoming for refugee students. 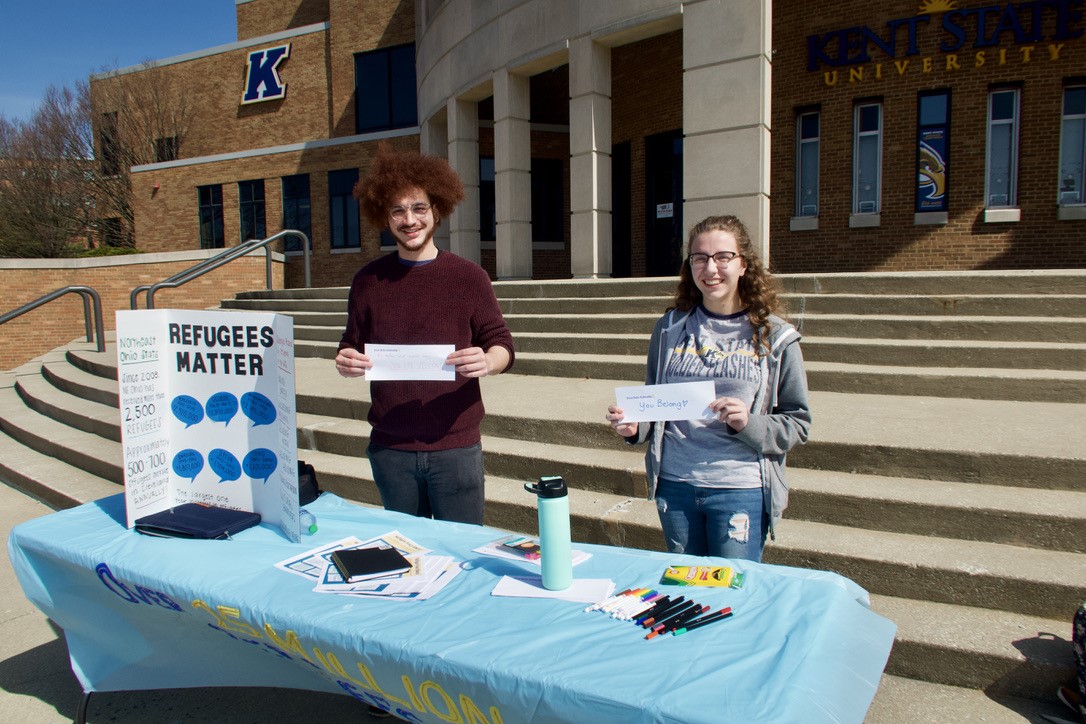 Stephanie Danes Smith, associate professor in the College of Communication and Information, has been teaching Communication in a Global Society for the School of Communication Studies for more than five years. Smith’s goal for this class is to help students understand the intersections between human dignity, human rights, social movements and global media.

One way this class actively engages students is through a hands-on awareness project based on a relevant human dignity issue. This semester, the students were given the opportunity to conduct elaborate research on — and raise awareness about — refugees.

“The Refugee-Ready Campus Challenge gave each team of students a responsibility to research specific and creative ways to attract, welcome and retain refugees as students at Kent State University,” said Isabelle Stewart, senior public relations major and current student in the class. “The goal is  to create ideas on how to make Kent State among the most refugee-welcoming campuses in America.” 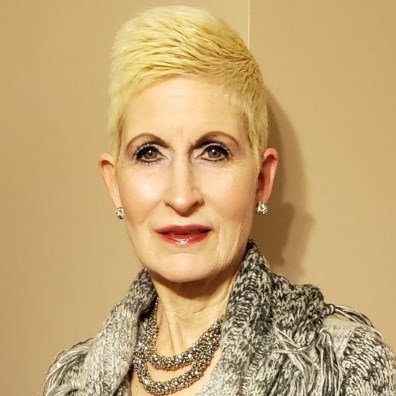 Smith planned this project before the tragic events in Ukraine began taking place.

“Believe me, in December when I was finalizing this project, I did not foresee what unfolded, but we always look at issues that have relevant and real public communication issues,” Smith said. “This semester we began the refugee-ready campus project not knowing what was going to occur. We did not know we were going to have 2 million refugees flee  Ukraine in three weeks. Once that happened, it became so real and the students have been trying to be objective. But it was really hard to look away from the horror story that is unfolding on their screens each day.”

As these events transpired, students were split into groups and tasked with coming up with different ways to make Kent State a refugee-friendly campus and make other students aware of this increasingly relevant issue. Each team came up with a distinct and impactful solution. Stewart, Bristyn Nadeau, communications studies major, and Jenna Gilbreath, communications studies major, shared more about their different teams’ projects and the lasting impact this unique experience had on them.

Stewart and her team focused on creating a plan for a refugee-focused academy called Homebound Academy. This program is split into two parts. The first being a three-day summer orientation where refugee students can visit Kent State and experience different activities and events to introduce them to higher education. The second part is a mentorship program with monthly communication between Kent State mentors and the students to prepare them for higher education.

“My team came up with Homebound Academy because after speaking with different experts and organizations there seemed to be a huge need for some sort of mentorship between refugees and those engaged in higher education,” Stewart said. “Homebound Academy would allow local refugees to become part of a mentoring program during their four years of high school.”

As a part of their project, Stewart and her team hosted an event outside the MACC where they asked Kent State students to write positive messages to local refugees.

“After learning about such intense and powerful current events happening around the world, it is hard not to want to take part in creating lasting change,” Stewart said. “Becoming a global citizen and communicator means advocating for those not only around you but those across the world who are experiencing a diverse range of issues.”

Nadeau and her group discovered a national refugee program called Every Campus a Refuge (ECAR) that allows universities to house refugee families until they can be resettled. The founding college of ECAR, Guilford College, also created a minor for students to learn how to advocate for refugee issues, implement refugee assistance programs and work with refugees hosted by ECAR.

The group’s idea is to encourage Kent State to join ECAR and create a minor that focuses on refugee resettlement and support.

“The idea is to give refugees an opportunity to have housing, food and other campus resources to allow them to get on their feet in a new country,” Nadeau said. “The university would work with a resettlement agency so the university would not be doing this on its own. It would also be a good way to get students to volunteer with refugees at Kent State, and we think a relevant minor would be a unique program and possibly a selling point for new students looking to come here who may be interested in working with refugee populations.”

Nadeau’s team created a petition for Kent State to join ECAR and distributed it digitally and in person. Once they finished collecting signatures, Nadeau and her group presented the petition and a short letter about ECAR to those in leadership positions at Kent State. The petition currently has more than 140 signatures.

“Our goal in the refugee center is to provide a location for refugees to go for their needs,” Gilbreath said. “Some programming opportunities we would like to offer include English as a Second Language programs, access to basic needs, daycare for refugee children, programming to connect domestic and refugee students and even the center becoming a training center for resident assistants in the refugee learning living program.”

As a part of their project, Gilbreath and her group curated a poetry workshop inspired by events held by the Wick Poetry Center and the poem displayed in the Center for Undergraduate Excellence. The poetry workshop event invited students to write a stanza based on a prompt. Lines from these poems were pulled to create a community poem that would ideally be displayed on the walls of the refugee center.

Smith showed her support for each team for their hard work in bringing awareness to this relevant issue. She believes that each team’s ideas would benefit both refugee students and Kent State and should be considered in the future.

“I am so thankful to have had an opportunity to work on a project like this,” Nadeau said. “It is so different from any other project I have worked on during my four years at Kent State. I think everyone in the Communication in a Global Society course should be proud of their projects and all the work we as a class have done to build awareness about refugees and how Kent State can help across campus.”

“Kent State has done a great job of focusing on first-generation students. I think preparing to welcome refugee students is the natural extension of our focus on first-generation students. We should be actively seeking these refugee partnerships,” Smith said. “We want to create citizens of the world. Then let's start by being good citizens here and having a welcoming campus.”

To learn more about the course, visit www.kent.edu/cci/explore/communication-global-society-comm-45766.

To learn more about the School of Communication Studies visit https://www.kent.edu/comm.