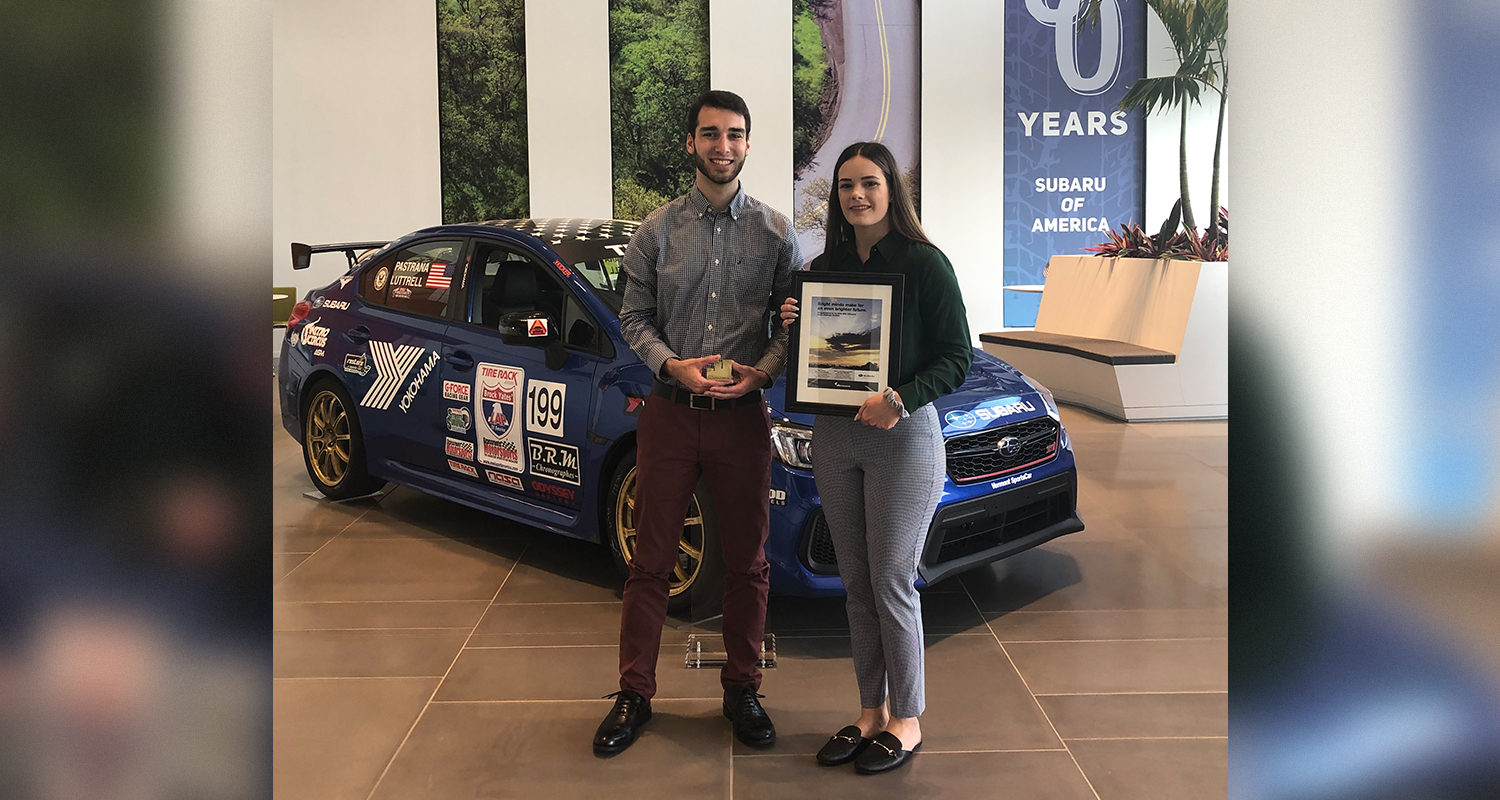 An interdisciplinary team of Kent State students took second place nationwide for their efforts in creating a marketing campaign to reinvent the car buying process for Millennials and Gen Z.

The competition, Effie Collegiate, is modeled after the professional competition of the same name, calling on the next generation’s advertising, marketing, design and communication students to work on real world business challenges. Subaru served as the client, sponsoring this year’s challenge, and hundreds of teams responded.

As national finalists, they had the chance to present at Subaru’s Camden, New Jersey, headquarters. They were also given a behind-the-scenes tour of the facilities.

“We had one week to make this huge presentation that we would be giving to the Subaru team along with their advertising agency, Carmichael Lynch,” said Heilman. “Noah and I were able to fly out to present, and Abby and Kelsey worked from their locations to help us in building the presentation.

“… Even though we only got second place, Effie and Subaru still provided us with some awards. … We got a small Effie Award, which is what people win when they win actual Effies in the industry. It’s really amazing to say that I now have an Effie!”

Both teams worked on competition entries as part of Advertising Practicum, a course taught by Associate Lecturer Wendy Wardell.

“There aren’t words to express how proud I am of all the students in the practicum class,” she said. “They voluntarily enroll in a class that has the same rigor they’ll see professionally. There is no other collegiate competition like Effie Collegiate – it demands all the things that are demanded by professionals down to the attention to detail of editing their entry for specific word counts. Every student in the class puts in so much time and effort.”

Velemirovich called the class and competition a “one-of-a-kind experience” that, as a VCD major, got her out of her “design bubble.”

“While I am usually only part of the design-related tasks, I found through this project that I also really enjoyed conducting research and compiling data from primary and secondary sources,” Velemirovich said. “This practicum course/competition was unlike any other class I have taken before, and Subaru was such a fun client to work with.”

She is completing a design internship this summer and said she has already been able to apply skills she developed by working on the project.

“The teams really gelled and each team member brought specific skills to the group effort,” Wardell said. “Both teams did quantitative and qualitative research, and both teams discovered a really strong insight that drove their entry.”

Durham, a communication studies student, stressed the value of teamwork when solving a complex business challenge.

“The three of us each had different strengths, in different disciplines, and we were able to show off what we were capable of doing with those particular strengths,” said Durham. “… We would bounce off of each other’s ideas, and sometimes we would find we were knowledgeable in areas we thought we lacked. Working in a team strengthened our communication skills the most because you have to be able to stand up for yourself, take the lead, ask questions or point out concerns even when it makes you uncomfortable.”