When University Dining Services Chef Joshua DeDeaux was a little boy growing up in New Orleans, he would bring a brown wooden step stool into his mother’s kitchen to help her cook some of the family’s favorite meals. 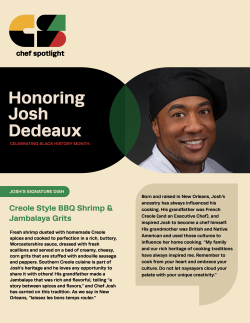 As DeDeaux’s love of cuisine grew, his grandfather, who was French Creole, and his grandmother, who was British and Native American, also proved to be inspirational to his decision to become a chef.

“My grandfather Eugene DeDeaux was the first executive chef in my family,” said DeDeaux, who joined Kent State University in 2018 and has worked for Aramark for nine years. “Right before I moved to Ohio, I got his blessing to move here. When I was talking to him about coming to Ohio, he was excited and happy. He passed away shortly after I moved here. I was sad about it, but I know he was happy that I was able to carry on his legacy to another state.”

Now DeDeaux can share his Louisiana heritage with the Kent State community and his colleagues as he was recently featured in an Aramark Chef Spotlight program. DeDeaux and his Creole-style barbeque shrimp and jambalaya grits were featured at Kent State dining halls and on Aramark’s social media. Chefs who applied for the program had to submit a dish that is true to their background and heritage. The Aramark Chef Spotlight program began Jan. 14 and will continue throughout the year.

“Chef Spotlight celebrates our chefs, and everything they bring to the table, and helps us identify and deliver unique offerings that exceed the expectations of our global consumers,” Heidi Hogan, who leads Aramark’s Culinary Development Team, said in a press release.

DeDeaux’s Creole-style barbeque shrimp is made with blackened seasoning butter, white wine and Worcestershire sauce. The jambalaya grits include slices of sausage. He loves the recipes not only for their spicy flavor, but because they can be stretched to feed large families. 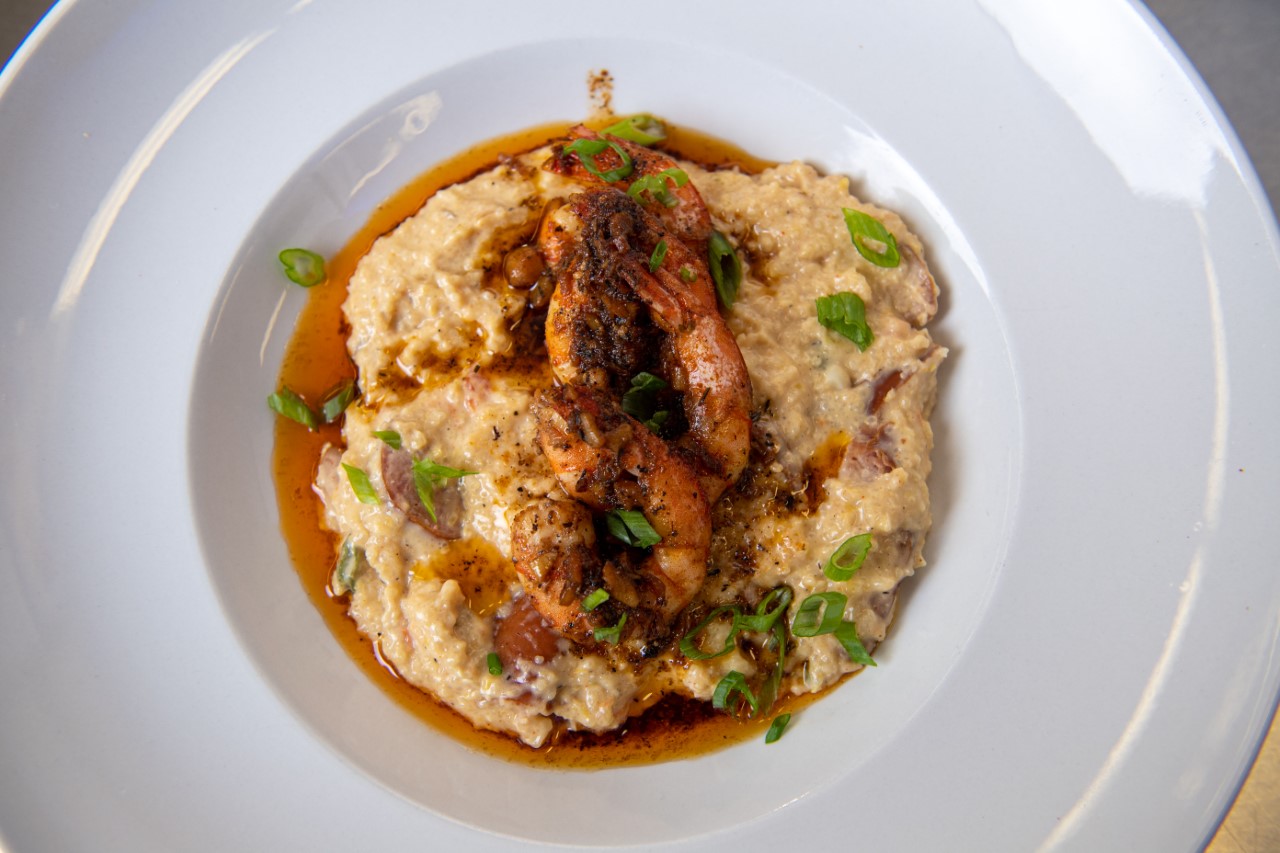 “For the spotlight, I said ‘I’m stepping this up,’” DeDeaux said. “I got this idea from my grandfather and mom. I got selected because the recipes are innovative. It’s impressive to see what is going on at different universities.”

DeDeaux went to culinary school at Nunez Community College in Chalmette, Louisiana, and earned a Certificate of Technical Studies, Culinary Arts in 2008 and an associate degree in science, food service production management in 2009. DeDeaux worked at a few restaurants but found himself bored with the work. So, he enrolled at Louisiana Tech University, where he earned a Bachelor of Science degree in nutrition and dietetics in 2014.

“I have a dietetics background and a chef background combined,” he said “I think about how I can make people healthy and happy at the same time. Taking something unhealthy and making it healthy is challenging. It takes creativity and shows that I am a powerful asset.”

DeDeaux has learned a great deal about catering in this region, which he says is different from catering food in Louisiana. There are not as many spices and flavors in dishes here, but it is about tasting the food itself, he said. He also has learned different skills and international cuisines while working on campus.

“I’ve learned a lot at Kent State. It’s been interesting and fun,” DeDeaux said. “From the wooden stool until now, I’ve always wanted to be a chef and never strayed from it. It doesn’t get stale; it’s always fresh.”